What To Mourn More: Sushant’s Death or Media’s Depravity?

Rhea Chakraborty became the victim of a media trial soon after Sushant’s death last year. The lack of options for reining in a reckless media is the reason why she won’t be the last. 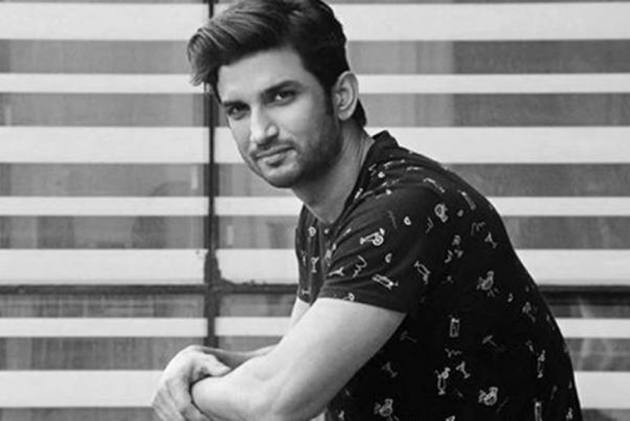 Today, June 14, will mark a year of talented Bollywood actor Sushant Singh Rajput’s death. The day will also mark the beginning of a media witch-hunt that began around the same time last year, sweeping up the nation on a voyeuristic ride cleverly disguised as a campaign for justice. That it scorched the life of a young lady in the process was only a small price to pay.

On the first anniversary of the tragic death of Sushant and the tamasha that it triggered, I am a bit disoriented, not knowing what to mourn more: the death of the lovable actor or media depravity that was on display in the days following his death. I was not a diehard Sushant fan, having watched only one of his films. But I liked whatever little I saw—the actor essaying with aplomb and conviction the role of Mahendra Singh Dhoni in the biopic on the former Indian cricket captain. The good-looking actor with an innate charm and middle-class background connected easily. He somewhat cast his spell on me.

So, when the news broke last year that Sushant has been found dead in his Mumbai apartment, it shocked me. A beautiful promising life cut short was upsetting, and I presume the whole of India felt likewise. Disbelief accompanied despair and soon they gave way to suspicion, stoked by a section of media eyeing TRP and better sales. Packaged and successfully sold as a campaign to secure justice for SSR, it zeroed in on Sushant’s girlfriend, Rhea Chakraborty, as the prime suspect. Dubbed differently by disparate sections—from a gold digger to a drug peddler—she was doomed.

From The Editor | Judge And Hangman

Accused, tried and convicted in television studios, it was only time before the State seeking to placate the collective bloodlust stepped in. The CBI was brought in, but it was the Narcotics Control Bureau that finally had her arrested. Long after she finally managed to get out of jail after a month, we are no wiser on the facts of the case. Having extracted maximum mileage, the practitioners of sensationalism in media have moved on to greener pastures. Neither the CBI nor the NCB are known to have made much headway. Unable to crack the case, both agencies have left Rhea hanging in a limbo. In the absence of a clean chit, Rhea’s life presumably lies in disarray.

There is no surprise there, given the sustained demonisation that she suffered. Millions of Indians have been fed to believe that she is devil incarnate. Song albums have been sold calling her the vilest names. Besides being deprived of all dignity, I believe the media trial has robbed Rhea the prospect of public safety. Enough people have been brainwashed against her, and I do not believe she can venture out freely anymore without courting physical risks.

I am ashamed that the profession that I belong to has brought things to such a pass. In our haste to deliver justice posthumously to Sushant, we decided to play both judge and jury and dealt the gravest of injustice to Rhea and her family. She was condemned and convicted in the court of public perception. The saddest part is that Rhea is left without much of a chance for any recourse—legal or otherwise. In-house mechanisms for self-regulating media have proven grossly inadequate and calls to exercise restraints from within the industry have invariably fallen on deaf ears. One option is to take the recalcitrant media to court. But defamation suits are expensive, and the process lengthy, that not all can afford. And how many television channels and papers would she sue?

The lack of options for reining in a reckless media is the reason why Rhea is neither the first, nor will be the last, to be wrenched by a media trial. We have been witness to similar acts of ‘lynching’ by media in the past. Recollect the case of Aarushi Talwar of Noida for an example. No matter how reprehensible these media trials are, media will continue to mount such travesties because of easy rewards waiting to be reaped. Almost all have been spared responsibility for similar past excesses, encouraging them to embrace such means. Besides an instant rise in TRPs, the show trials serve to inflate the ego of those conducting them. They are sold as crusading journalists to a gullible audience.

The anniversary of Sushant’s death therefore fills me with dread. Media has not learned any lessons in the past year, and it is a matter of time it will prey on another victim of circumstances to launch its next trial. As I said earlier, I am a bit confused. Therefore, I am not sure what to mourn more: Sushant’s death or media’s depravity. The jury is out.