Ismath Hussain, the first novelist from Lakshadweep, writes an island diary for 'Outlook' in the backdrop of the row over the new draft notification. 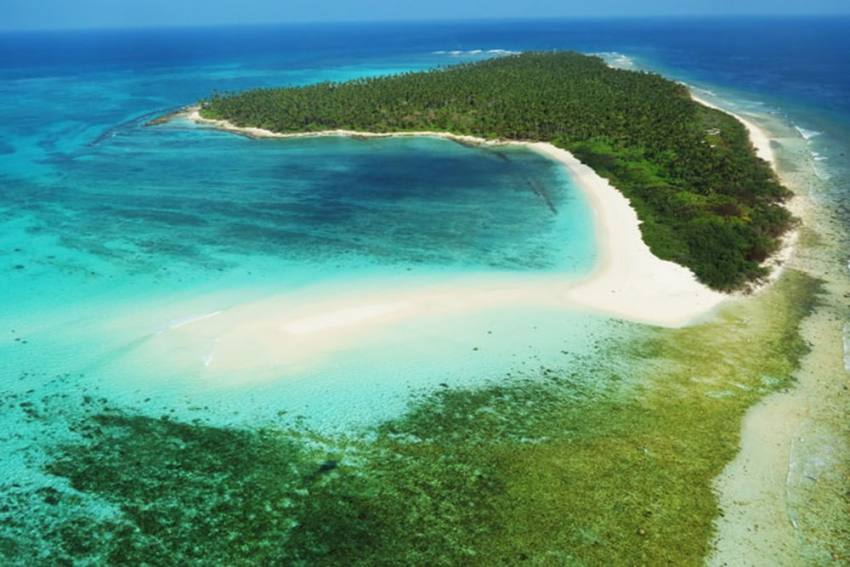 Kavaratti, the capital of Lakshadweep, where I am presently living in, is around 58 km away from Kilthan island, where my ancestral home is situated. It takes three hours’ sail by speedboat to reach Kavaratti from Kilthan. It was in June 2020 I landed in Kavaratti in connection with my job.  All islands in Lakshadweep have a mystic aroma in air. You can see in the lives of island people  myths, beliefs and meditative habits that are in the sufie tradition. For the same reason, islands in Lakshadweep normally have a slow pace . In Kavaratti, I started living with my friend Asif Ali Shah Masood at his home. His family, who belongs to the sufi tradition, hosted me until I arranged a house for rent. When an islander moves from one island to another, he considers living in hotels as undignified when he has friends and families to host him.

Every day, Asif and I would go and sit on the beach.  A group of friends who love cinema and literature would be there. We would discuss about making a film on the history and heritage of the island. The discussion would go on late in the night as the sea waves would  gently touch our feet. We had a name for our beach gang- Biluthaman (white sand) . Some nights, I would go and sleep on the beach. The discussions in the beach gang had an impact on me and Asif. There is no cinema hall in the island. But, in my childhood, the islands would have film screenings using projectors. Every year, Independence Day and Republic Day would see three-day celebrations in Lakshadweep with film screenings and theatre performances. Amini island had theatre groups comprising female artists. 'Dweep' (island), shot at Minicoy, was the first film that was shot in Lakshadweep. It was directed by Ramu Kariat, the director of 'Chemmeen' (Prawn), the first Malayalam film to have won the President’s gold medal. Recently, Prithviraj’s 'Anarkali' and Geetu Mohandas’s 'Moothon' were shot in Lakshadweep, giving a wider view of the island. The films shot in Lakshadweep were not really portraying the life of the island. They all narrated the story of the people from the mainland only portraying the island for its scenic beauty. Recently, there have been many groups of short film makers emerging in Lakshadweep. From our discussions, our Biluthaman gang finally decided to make a short film on the history of Lakshadweep’s independence. 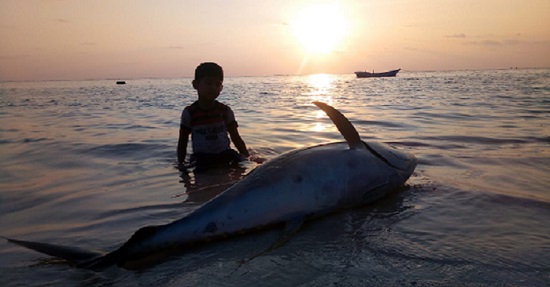 An island child with a tuna fish washed ashore. (Photo by Muhammed Khoraishi)

We set out in search of the island’s history. In fact, the history came in search of us. We had several interesting findings with historical evidence--- how the islanders banished Prankies (the Portuguese) through tactful means after they conquered Kadamath (Cardamom) and Amini islands; how the islanders ended the rule of the cruel Arakkal Musilm dynasty by taking their soldiers, hands and legs tied, to Tipu’s palace; about the islanders who went to Kerala to meet Gandhiji during his visit there, the imprisonment of those who came to Kavaratti carrying Indian flags after learning that INA had conquered Port Blair, about the lives of freedom fighters such as Chakkayakkeel Khalid, Pandiyalappura Alimalmi, Kouramkakkada Cheriya Koya and so on, about Erikunnath Ali Musliyar, who had led the Malabar Rebellion, of running a dars (religious school) in Kavaartti for eight years and working as a khali (head priest) in the island. It was after returning from Lakshadweep that Ali Musliyar had become part of the Malabar rebellion in Kerala. I had patriotic goosebumps.

I wrote the story and the screenplay. Asif and I decided to do the direction together. Cinematography was taken up by a friend from Kadamath island called Shihab. Editing was taken up by my son Yusuf Hussain and Imam Immi. Asif agreed to do a major character. Our long effort to find an actor to play the role of Ali Musliyar didn’t yield any result. Finally, I took up that role. That was our first short film- ‘Kaanti’. The story of island’s patriotism was whole heartedly accepted by the audience. At the premiere, tears rolled down my eyes while watching the climax scene. When I turned back, Asif was also wiping his eyes. 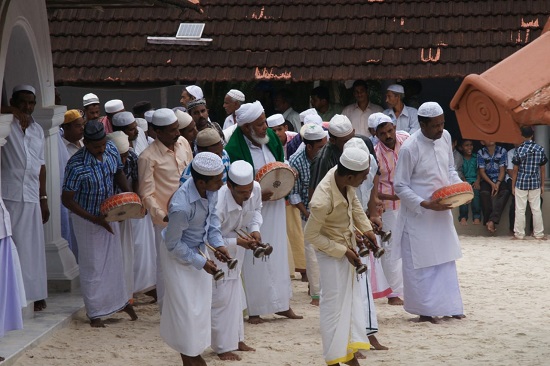 From December 8, a new set of rules by the Lakshadweep administration started clouding over. With the lifting of restrictions, the Covid-19 pandemic started spreading across the island. The protests against lifting of Covid protocols were crushed by arresting leaders. Lockdown was imposed in Kavaratti. I don’t go to the beach anymore to lie down in the night, laying my head on stack of coconut leaf and my feet buried in white sand. In the evenings, I no longer eat roasted fish with pieces of tender coconut. We don’t usually lock the doors of our houses when we step out. But, we are going to lose all these freedom once the new draft notification gets implemented.

I and my fellow islanders want our freedom more than anything else. We are categorized as scheduled tribe under the Indian law. We want the protection ensured to us by the constitution.

Translated into English by Thufail PT

(Ismath Hussain is the first novelist from Lakshadweep. His novel Kolodam was published by Mathrubhumi Books in 2019)