Whose Education Is It Anyway?

Why there is a rush to go abroad for the so-called 'Higher Education' by those who can afford it or very often by the hordes who have to stretch their parent’s resources to somehow manage to pay. 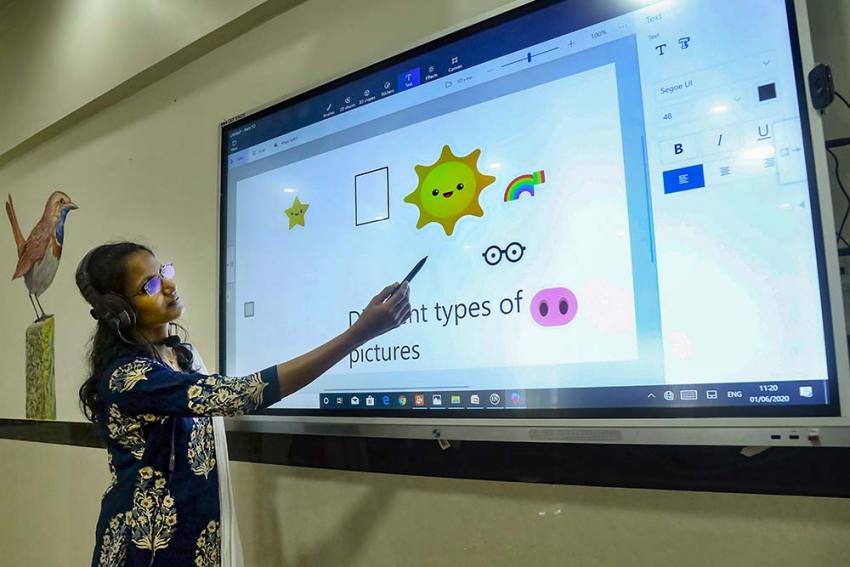 Entering into an IIT is a middle-class dream. The brightest get in there and yet despite an intake of over 15000 students every year and the Government spending hundreds of Crores, the disconcerting fact remains that the IITs till date have not produced a single Nobel laureate nor have they come up with any great patent of worldwide impact. In the widely accepted Quacquarelli Symonds (popularly known as QS)  World University Rankings 2021 released on June 10, not a single  Indian institute made it to the top 100. The highest placed IIT Mumbai was ranked 172 and Delhi University at lowly 501.

Now if this is the story of where the so-called best are placed in India vis- a- vis the world, one can imagine the situation of the quality of education in the less fancied schools and colleges in the neglected villages and smaller towns of the country. Down the line,  this quality or rather the lack of it has a deep impact on skills and employability which in the end reflects on an overall poor level of social and political discourse and rather mediocre economic performance.

It is no wonder then that there is a rush to go abroad for the so-called  “Higher Education ” by those who can afford it or very often by the hordes who have to stretch their parent’s resources to somehow manage to pay... The number is estimated to be around 12 lakh every year!

It is second only to China and with China clamping down on its exodus, this is the fastest-growing contingent of foreign bound students for any country. If on an average a student (rather his parents) spend an annual sum of Rs 40 lacs on tuition, travel and stay, the total outflow adds up to a whopping Rs 4.8 lac Crore per annum spent by Private individuals in foreign lands as a consequence of perceived sub-standard levels of education at home. The import of this would be clear when one sees that the Central Government in its 2021-22 budget has allocated Rs 93,223 crore on “Higher Education”. In effect, it means that the parents of those who can afford are spending 5 times more money overseas than the mighty Government is on educating the poor. Throwing more money or budget is not going to fix the problem but only strengthen the ambit and outreach of a broken system and increase the number of so-called degree holders being spawned from our colleges to add to the frustrated army of unemployable educated youth.

The system of permanent positions in the faculty in University has created an Education Bureaucracy and like all secure jobs, it nourishes mediocrity. The brilliant and dedicated professors are today more a part of folklore than the norm. The system of permanence has fostered mediocrity. The politicisation of campus and unionisation of the Teachers has removed the compulsion to do original research, thinking, publishing or just keeping abreast with the latest in your subject. With 90% of the budget going to payment of salaries and building physical infrastructure, there is in any case little financial headroom for innovation, research or seeding of new ideas and start-ups. Even the syllabuses are not revised for decades to be in line with the latest in areas of science and emerging technologies. Revising the syllabus would mean that the teachers re-skill in order to keep up. So in the end, the colleges and universities today have also a become citadel of just another “Sarkari” or “Quasi-Sarkari” job.

There is another unfortunate side to it. One can appreciate the bright Indian students going to established foreign universities-MIT, Harvard Oxford et al –  for higher education to take advantage of the best. But seeing the trend from countries like China, India, Indonesia, Brazil, Western mercantile world always quick to latch on to the economic opportunity underlying this exodus, has expanded its many dubious universities to offer all kinds of short, fast-track courses which in essence have allowed their financially struggling universities to turn around. Ironically, it also allows the rich US, Canada and EU colleges to keep subsidising their students from the full fee paid by the students from poor countries. Another flip side;  it also allows the luxury to these Universities to sift through your talent and the good ones especially in STEM  disciplines rarely come back. Who says the drain of capital has ended with the end of colonialism? It has added brain drain to drain of wealth. It has also become indirect and subtle. Perhaps there is a lesson to be learnt from the pragmatic and mercantile westerner here. A large part of the prosperity of the West today does indeed rest on the policy failures and pandering to vested interest groups in the third world countries.

Another flip side of this is that many low-grade universities have expanded most notably in the free-market US and in the UK where Indian student’s from rich homes can get two-year engineering, 1 year MBA and so on. It has encouraged a kind of escapist academic tourism amongst the rich kids before they eventually come back to their family businesses or what have you. Most of these kinds of degrees in the domestic job markets of the host country do not carry any weight. The Indian parents however having spent over a crore rupee, gets the bragging right in the society about his bright son or daughter having studied abroad. For the not so rich, for the middle classes where the parents have somehow managed to finance the education, it provides a better shot at the faint and fast diminishing hope of jumping the borders- better odds of a job overseas, work visa and the final green card nirvana.

As a nation, we run extra miles to attract foreign capital. We offer attractive incentives even to our own NRIs to bring in money. We consume foreign goods, movies and soap operas gleefully. We have to an extent compromised our intellectual integrity to west-based social media platforms. But when it comes to setting up the base of the best in world education; an education that can be offered from the campuses in India, it is when our mindless embrace of globalisation loosens. We have dished out a host of clever arguments basing at times on the most flaunted and misused of all arguments in our country - Patriotism. It is akin to saying that it is alright to sell your core Industries, refineries, shipyards to foreigners, but you are loath to set up a campus of a world-renowned University on your soil.  Even if it is the first step in laying a base for quality education which will, in the long run, improve your domestic capabilities both at the faculty and at the student end. Does not matter that in the end, it will significantly reduce the drain of foreign currency from the country. The academic bureaucracy in our country is a kind of medieval guild with the sole aim to perpetuate the interests of its entrenched members and keep the global competition out.

The New Education Policy has albeit allowed the top 100 foreign universities to set up campuses in India subject to the regulatory oversight in the country. But COVID since then has slowed down the rollout process. So great is the fear of the Indian regulatory noose that initial surveys indicate that very few Universities have shown any interest. A deeper nudge to these big named  Universities has to come from the Government and perhaps a negative nudge to those going abroad has to be configured if the country has to go on a road to “Atmanirbharta” in imparting quality education to its own. The beauty of competition is that in the long run, it will compel the waking up of homegrown institutions and they will be forced as well to lift their standards. It is a process and the seeds for the same have to be planted and nurtured vigorously otherwise in the all-important game called knowledge, India will remain a perpetual laggard. All other things follow. society, culture, economy and prosperity are a mere reflection of the quality of people a country produces.