Why Does The 'Gobar' Business Not Matter?

With its daily replenishment, gobar is a deceptively simple raw material that has shown immense conversion value. 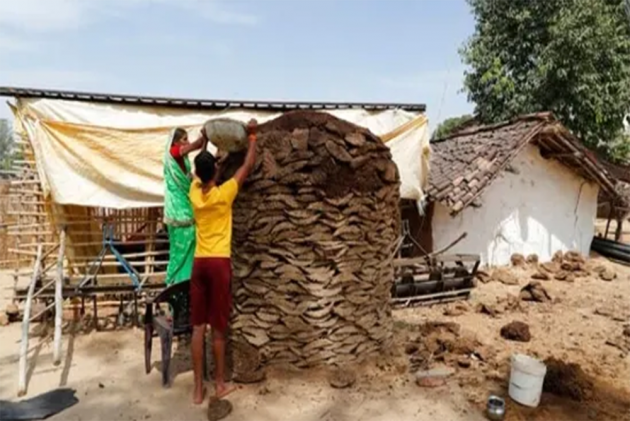 It is four decades since the National Biogas Program was launched in 1981, but dung or gobar has been in the news for all the wrong reasons. Little has been done to salvage gobar that lies splintered on roads with cows foraging from the roadside dustbins. Considered an economic resource of immense cultural value, its colossal neglect has yet to catch the attention it deserves. Nothing could be more curious than such an abandonment of a resource that comes virtually free.

Spotting gobar in the streets reminds us of political philosopher Jeremy Waldron who said 'things are not quite as they seem', which is reflective in what the bovine of the world drops first thing at dawn. It is the most stubborn and intractable truth of all times that one can't milk a cow without getting gobar as a gift. Much before the market could innovate the 'buy one get one free' dictum, rural households were already adept at it as a grossly accepted norm ever since.

No wonder, people learn to live with gobar that get unceremoniously scattered almost everywhere. One does realize its ritual significance amidst cultural traditions but is equally concerned about its unfinished story plastered as cakes on village walls and as dung-pyramids dotting the landscape. Least said, a milk-nation is as much a gobar-country. Curiously, no one seems to have any obligation to turn things around on gobar despite some 5 million tons of which is on offer in the country on a daily basis.

With its daily replenishment, gobar is a deceptively simple raw material that has shown immense conversion value. It's nutritive value for crops and energy worth as fuel runs into billions of rupees, worthy of making the market go bullish. In addition, gobar has intangible gains far too many to count with its climate-friendly credentials of trapping soil carbon only beginning to be realized. Billed as being anti-bacterial, anti-fungal, and thermally insulating, paint made out of it is the latest in the list of gobar virtues.

Despite its list of virtues, one wonders why good ideas about gobar have lacked systematic promotion? Not really, as noted economist E F Schumacher had pulled it out from the near abyss by advising the government to get gas and manure out of it, through what became known as a biogas or gobar gas, in 1981. In the forty years that have gone by, not only has the ambitious program of building 12 million biogas units fell short of target by over 70 per cent but has more dysfunctional and defunct biogas units to its credit.

It may read like a fairy tale on unsuccessful attempts at quietude but gobar has continued to act like a periscope of ideas to tease creative minds. Like most bakery products, sun-baked dung cakes (not palatable though) can now be ordered online. Perhaps, more attractive is the recent proposal by the Chhattisgarh government to buy gobar for Rs 2 per kilo at farmers' doorsteps. Seemingly relevant, it seems a work-in-progress at unlocking the true value of gobar.

One might wonder why it is that when it comes to gobar we are neither truly empathetic nor fully prepared, only eager to chuck for the sake of making a new proposal. In the world of comfortable interiors, cultural seduction of popular idiom Gobar-Ganesh (meaning clumpsy or stupid) plays heavy on our psyche. Unless we alert ourselves from being lout in our dealing on gobar, both as a resource as well as an idea, the bovine droppings will continue to cast its proverbial gobar-ganesh impact on us.

(A Delhi-based quasi-academic development professional, Sudhirendar Sharma has two decades of experience in bringing selected appropriate technologies to users in rural areas. Of these, testing and dissemination of biogas technology featured prominently for two decades of his professional field engagement. Views expressed are personal and do not reflect those of Outlook Magazine.)