Why India Needs To Join RCEP – And Soon

If India has to emerge as a global superpower, a $5 trillion economy, it has to take the leadership position to ink such partnerships in the near future. 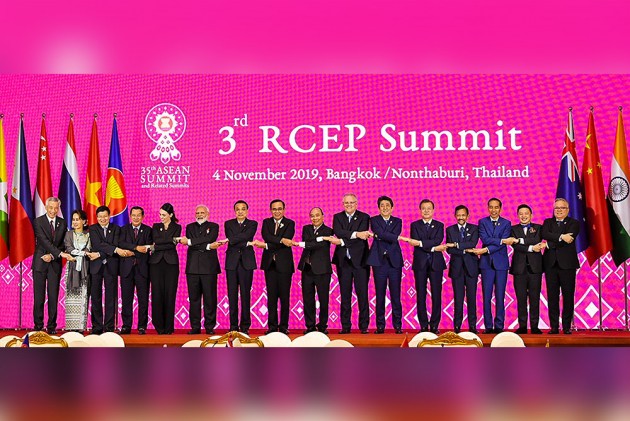 Indian officials and experts have doled out several political and economic reasons why India opted out of Regional Comprehensive Economic Partnership (RCEP). The industry and farmers hailed it. Even the government’s critics, like the opposition political parties, supported the decision. However, the fact remains that India has no option but to join RCEP – and soon, by 2020 at the latest. This is logical for several reasons. One, economic protectionism, as is witnessed by the recent experiences in the US and Europe, isn’t the way forward.

Part-protectionism needs to be combined with smart-globalisation, which is what Prime Minister Narendra Modi has advocated in the past. India cannot remain secluded in matters of trade and investment; it has to integrate with the world in the form of bilateral and regional cooperation. Make in India cannot work without such active partnerships. Services and agriculture cannot grow without such agreements. RCEP offers a unique opportunity to become part of a system that comprises a third of the world’s trade.

Knee-jerk reaction – which is what the RCEP decision hints at – is not the way to formulate policies. The decision-makers have to think ahead – think in terms of a 10-20 year vision. This is the only way that a nation can initiate structural and critical reforms in all the three sectors of the economy – agriculture, manufacturing, and services. More importantly, the crucial reforms happen under pressure, as was clear in 1991, and subsequently since 2014. They never happen when a nation pursues status quo.

One can argue that the economic environment isn’t conducive to RCEP, which may result in higher imports in the short term. Manufacturing is in a mess, services sector is not growing fast enough, and agriculture continues to be at the mercy of external elements and internal inherent problems. But then postponing the inevitable is not the solution. India can use this breathing gap to shape up things, and must join RCEP as soon as possible. So, one can justify the current decision through a political lens, not an economic one.

Most importantly, New Delhi cannot continue to see Beijing with consistent suspicion and fear, when it comes to economic issues. India has to collaborate with China on trade and investment, even as it tussles for diplomatic supremacy in areas of geopolitics. Similarly, if the past free trade agreements, both bilateral and regional, have failed in the past, it doesn’t mean that they were bad. If they resulted in higher trade deficits, which were not in favour of India, it implies that there is something fundamentally wrong with our economy. And we have not been able to address it for decades.

It is time to wake up and gauge the realities. RCEP is the way forward. India cannot go backwards in time. It has to set its economy in order, and opt for regional cooperation, whenever the opportunity arises. In fact, if India has to emerge as a global superpower, a $5 trillion economy, it has to take the leadership position to ink such partnerships in the near future. New Delhi has to act, take the first steps forward, rather than merely react.

Also Read | RCEP Fiasco May Be Good For Economy, But A Disaster For Foreign Relations