Why Is There Hue And Cry Over Sedition Law? Every Country Has And Needs It

One can talk of modernising and reinterpreting the sedition law, but the argument that it has no place in a modern context is not correct 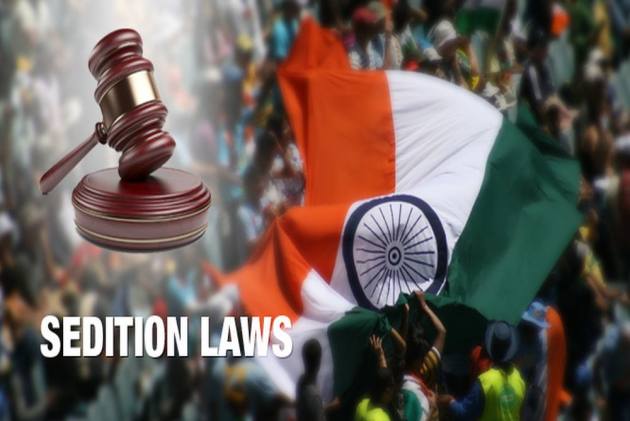 The law on sedition has always been contentious. It is ridiculous to slap sedition charges on people writing a letter to the Prime Minister. But when the act of letter writing is part of a larger plan to defame the country, delegitimise the lawfully elected government and it is a regular pattern for a political campaign against the government, the law would naturally apply against such individuals.

As in the present case, a group of so-called activists and individuals have made it a practice to circulate joint statement with the only motive of undermining the authority of the Modi government and to paint it in black before the world. Most allegations they level, be it on lynching, intolerance or award wapasi, religious discriminations against minorities have been found to be baseless. It has turned out, often, to be deliberate, vicious propaganda to defame the government.

Section 124-A in the Indian Penal Code (IPC), named 'Sedition', explains the term in wide and magnanimous manner. It says “whoever, by words, either spoken or written, or by signs, or by visible representation, or otherwise, brings or attempts to bring into hatred or contempt, or excites or attempts to excite disaffection towards the Government established by law in India shall be punished with imprisonment for life.”

The explanations which the IPC gives are that “the expression 'disaffection' includes disloyalty and all feelings of hate.” It also says that comments that express strong disapproval of “the measures of the Government, with a view to obtain their desired modifications by lawful means, without exciting or attempting to excite hatred, contempt or disaffection, do not constitute an offence under this section.”

The Narendra Modi-led central government has clarified its stand on the sedition law and said there was no proposal to scrap it. The Ministry of Home Affairs (MHA), in a written reply to the Rajya Sabha, confirmed the government's stand. “The IPC provision needs to be retained to effectively combat anti-national, secessionist and terrorist elements,” the government said.

In the opposition, the Congress party has been vociferous in its criticism of this law. In the last six years, it has made a big ruckus about its misuse. The question, however, is: Why did the Congress, when in power, never thought of removing it from the statute books.

The criticism is that the law has become archaic; it was brought in by the British, to protect their dominations of India and that as a free country there is no scope for such an act.

But the fact is that all sovereign countries, including the US, the UK, Canada, Australia and other democracies, have such provisions in their penal code. Under Section 2385 of the US Code, it is unlawful for anyone to knowingly teach/advocate the propriety of overthrowing the government, by force. However, in respect of freedom of speech, this law is rarely enforced.

On 1 October 1995, Omar Abdel-Rahman and nine others were convicted of seditious conspiracy. Laura Berg, a nurse at a US Department of Veterans Affairs hospital in New Mexico was investigated for sedition in September 2005 after writing a letter to the editor of a local newspaper, accusing several national leaders of criminal negligence.

Section 73 of the Coroners and Justice Act 2009 in the UK abolished sedition and seditious libel. This came into effect from 12th January 2010. Sedition by an alien (resident but not a national of the country), however, is an offence.

A seditious act in the UK is described as something which brings into “hatred or contempt, or to excite disaffection against the person of His Majesty, his heirs or successors, or the government and constitution of the United Kingdom.”

One can have a different interpretation on sedition. But such acts are necessary to combat divisive tendencies, secessionist activities like one witnessed in Jammu and Kashmir and to combat terrorism and subversion.

The votaries of the repeal of sedition law have not been clear in their argument. In most cases those opposing the law are already on the wrong side of the system, seen as spreading disaffection against the state.

This was used against the opposition parties by the Congress, particularly during Emergency in 1975, when all the opposition leaders were detained under MISA. Then, Mrs Indira Gandhi had accused the Opposition of conspiracy to destabilise the country.

The Congress party in its manifesto for the 2019 election had promised to repeal the law. It had suggested many other provisions that would have given a free run to seditious and secessionist outfits. But the electoral verdict of 2019 clearly was against such acts of subversion which would weaken the state.

Public opinion is largely in favour, of a strong and decisive central government. The freedom of speech in a country is not a license to spread disaffections.

In other democracies, the law is more stringent. India is a democracy which gives more freedom than any other country in the world. To argue that a new wave of patriotic fervour is being infused under the present government is entirely untrue and deliberately propagated.

One can talk of modernising and reinterpreting the sedition law, but the argument that it has no place in a modern context is not correct. Every country has the right to protect its territorial and political canvas as established by the Constitution.

(The writer is a political analyst and member and former Editor of Organiser Weekly. Views expressed are personal.)