The real problem is not democracy, but good governance, which politicians have failed to deliver 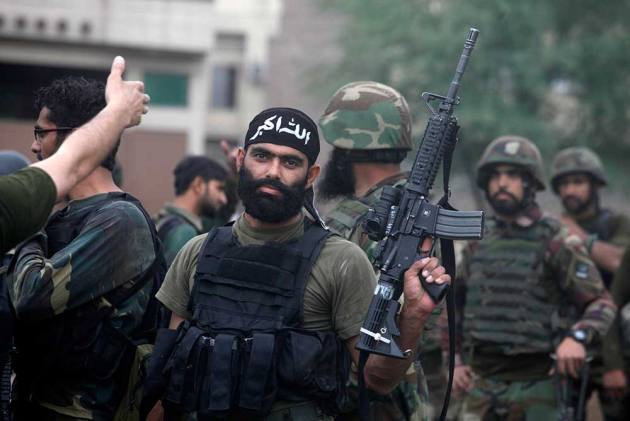 April 25: Army chief General Qamar Bajwa spends seven hours with a group of journalists and briefs them on a range of political issues. He reassures them that the Tehrik Labaik Pakistan (TLP) will become part of the mainstream and practice politics peacefully.

It is time to stop reiterating the tired refrain that the army has no role in politics. Leave this cliche for the dwellers of fools’ paradise and let’s look at truth’s heavy burden: politics sans the army is impossible in Pakistan. Common sense, not the wisdom of Socrates, is enough to reconcile with this truth.

Imagine the army chief dies. Will the army accept his son as his successor? The answer is: ‘Never!’ But Zulfiqar Ali Bhutto dies, and his daughter inherits the party leadership. She is assassinated and her son replaces her. The veteran politicians are sidelined, and they stand before him like obedient courtiers.

Nawaz Sharif, who has a track record of returning to the battle, is on the run again. London is his hideout. His daughter Maryam now bosses around the senior politicians who have vast experience in politics and a huge record of sacrifices. Do we have such absurdities in the army? No! It is a strong institution that follows its internal rules. Politicians could not make their parties an institution. However, they successfully converted them into a small grocery store. Father dies and the son or daughter sits on the cash register.

When the army rules the country, the navy or air force don’t hatch conspiracies against it. However, when one political party comes to power, the others start digging its grave and beg the army chief to bury it. The politicians have failed to learn the basic concept – unity is strength! Their pathetic mentality says: Certain constituency is our stronghold. If we give the ticket to a dog, it shall win too! What a disgrace to democracy as well as humanity.

The ‘owners’ of the political parties sell tickets. The rich buy them. They also buy votes. (The price of a vote is a plate of biryani.) They reach Parliament. Now the ‘owners’ sell ministries and public offices. They pay the price and become ministers. Then bogus development projects are launched so that the investment in politics could be pulled out with profit. This circus is on display in Pakistan for the last 60 years. The plight of the masses remains unresolved. They are yet to get access to safe drinking water, sanitation, health, education, and justice.

In Sindh, 1.6m children squat on the floor of their schools. Sindh is governed by Pakistan Peoples Party (PPP) whose slogan is bread, cloth and shelter. For the last 12 years, PPP is ruling Sindh. It has yet to procure a school chair or desk for the children.

The education department of Punjab has objected to the photograph of Sir Isaac Newton, because officials say the ‘woman’ has not covered her head. Islam is in danger. Her head should be covered. And these are our learned civilians! In the army, you can’t become a cadet through bribe. You can’t get a promotion with money. You excel on merit. At very senior levels, influence might pull the strings discreetly.

So the real problem is not democracy, but good governance. Politicians, generals, religious figures, bureaucrats, clerks, shopkeepers, and rest of the country might be corrupt. Everybody might be naked in the Turkish hamam. But the issue is, who is the best manager?

General Zia is accused of Islamizing Pakistan. Did not Z A Bhutto ban the use of alcohol, horse racing, casinos and declare Friday as a holiday? Did not he declare the Ahmadis as non-Muslims by amending the constitution? The Shariat Bill was the brainchild of Nawaz Sharif, not General Zia-ul Haq. Sharif wanted to become Amirul Momineen (the chief of all the pious) with the help of his two-thirds majority. He could have used this heavy mandate instead to change the masses’ abominable lot.

On November 28, 1997, Sharif unleashed his ‘hounds’ (party workers) on the Supreme Court, forcing the then Chief Justice of Pakistan Sajjad Ali Shah to adjourn the contempt of court case against him. No military dictator ever created such a spectacle. And don’t forget it is General Musharraf, not a civil dictator like Nawaz Sharif, who gets credit for the growth of electronic media in Pakistan.

Power will continue to corrupt human beings, whether they are in uniform or in civvies. The same corrupt rulers will have to deliver despite their weaknesses. If the politicians really want the politics to be their sole domain, they will have to deliver despite all the evils and hardship that exist in the country. Don’t tell us that the army did not let you deliver. Resign if the army is stopping you from working instead of becoming a tool in its hands.

If all the politicians unite and vow to curb corruption and govern the country on the basis of merit and transparency, the army will have no option but to mind its own business. So, it does not matter who is running the country as long as it is moving in the right direction, though at snail’s pace.

(The writer is a journalist and researcher based in Islamabad. Email: Yamankalyan@gmail.com Views expressed are personal, and do not necessarily reflect those of Outlook Magazine)