Why Is There No Saint From North India?

Despite the importance of Delhi and Agra in the field of missionary work, none of the illustrious priests has been elevated to the rank of Cardinal 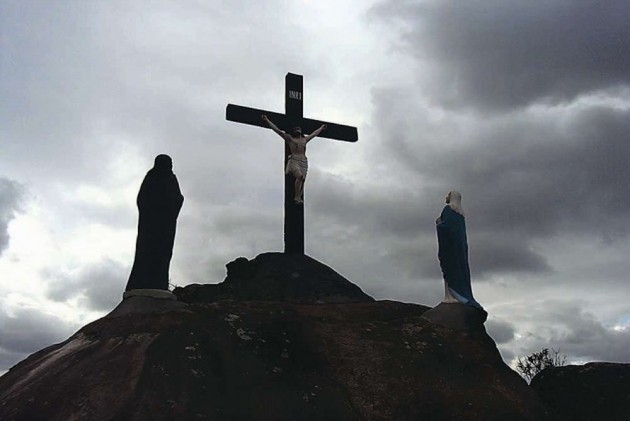 The declaration of Sister Mariam Theresa as a saint was naturally a cause for celebration. She was the 12th Indian to get that honour, but surprisingly enough, no clergy from North India has got that distinction.

Starting from the mid-16th century, we find such illustrious personages as Mirza Zulquarnain, known as “The Father of Mughal Christianity”, and his contemporary, Khwaja Mortiniphus, both domiciled Armenians, who sowed the seed of their faith in Agra, the Mughal Capital, and were highly acclaimed by Akbar, in whose reign the first church was built there.

After the sacking of the Portuguese settlement at Hooghly by Shah Jahan, hundreds of prisoners were brought to Agra and suffered untold hardships for their faith, which they were forced to practice in secret in the catacombs or underground tomb shelters. Then came the Franciscan missionaries, among whom was Fr Hyacinth, who wrote the history of the “Hindustan-Tibet (Christian) Mission” and discovered the tomb of Veroneo, the “disputed designer” of the Taj Mahal.

His contemporary was hunchbacked Fr Lewis who like legendary John Appleseed of America, planted the fruit and other shady trees in the vast, historic Agra Church compound. Before them Benedict de Goes travelled to Tibet, “the Forbidden Land” then, under the name of Banda Abdullah, to spread the gospel. Much later came the Franciscan sisters, of whom Mother Fosca, short and plump like Begum Sumroo, supporting herself with a stout stick, went about picking up orphan girls.

She founded St Francis’ Orphanage for them and also the St Vincent’s Foundling Home for discarded infants. New St Francis School, Agra has also come up as a regular educational institution thanks to the late Mother Teresa of Agra and Mother Archangela who got the Pope’s sanction despite the Archbishop’s opposition.

Yet another Italian nun was Sister Fidelis, who came to Ghattia Bazar every morning to buy buffalo meat for the orphanage girls from Mottal and Kammu’s shop. There were also Mother Veronica of the Franciscan Order, Mother John, who developed the St Joseph’s School, and Mother Benigna, who nurtured the growth of St Anthony’s Girls’ School, Paharganj.

These nuns came by ship to Calcutta or Bombay, from where the travelled in bullock carts, like the Sisters of the J&M Congregation, suffering hardships, subsisting on gajak and tea, and setting up educational and other philanthropic institutions. Then there was the saintly Fr Adeodatus who, like Fr Leo, OFM Cap, was murdered by thieves in Sardhana (Meerut district).

None of them has been beatified, leave alone got canonisation, the first step to sainthood after the epithet “Venerable”. Similar is the case of Fr Santus, martyred in the mid-17th century, who is venerated by people of all faiths. And finally, despite the importance of Delhi and Agra in the field of missionary work, none of the illustrious priests has been elevated to the rank of Cardinal, though the late Archbishop Alan de Lastic of Delhi came very close to it, but for his tragic death in a road accident in Poland.

What a pity! But can you blame the Vatican for it when local representation is not made by the bishops and archbishops to the Pope for initiating sainthood proceedings for deserving priests and nuns who have made great efforts for the propagation of their faith despite many hurdles, whose lives were no less full of sacrifices than that of Mother (St) Teresa of Kolkata.

It is due to them that the existing Calendar of Saints is maintained in letter and spirit. The late Father Monthu D’Souza was the one who used to celebrate the feast of the Guardian Angels on October 2 every year. Recently the feast of the Archangels, Michael, Gabriel and Raphael was observed as a most solemn occasion in Delhi Archdiocese. The three Archangels are not only revered by Christians but also by Jews and Muslims. For the latter, they are Mikhail, Jibrail and Rafiel, and among the 12 Muttawalis, who preside over each of the 28 letters of the Urdu alphabet.

The three Archangels are the ones who are believed to stand before the seat of the Almighty and perform impossible tasks. St. Micheal crushed the head of Lucifier, the ousted Chief Angel who, according to Milton’s “Paradise Lost” is depicted as a serpent, St Gabriel announced the birth of Christ (to Muslims he was the one who brought the text of the Quran to Prophet Mohammed – word by word) and St Raphael turned incognito guide to lead patriarch Tobias’ son to his future wife after driving out the demon, who had been terrorizing her by killing each of her seven husbands on the wedding night.

(R.V. Smith is a historian of Delhi. Views expressed are personal)