During 1962 India - China war, the Chinese Air Force was rated to be the third biggest and strongest Air Force in the world, the only countries ahead of China being the USA and Russia. 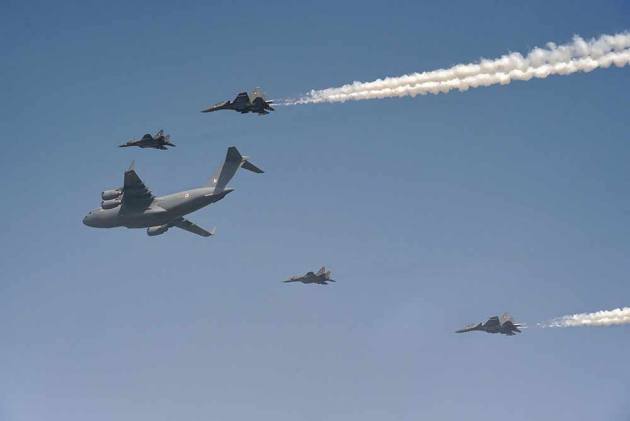 The controversy why India did not use air power to stop the invading Chinese army (PLA) in 1962 has not been settled. After the Galwan Valley incursion efforts were made to blame Jawaharlal Nehru for that.

There is no authentic corroboration that Nobel Prize winner (1948) Blackett had any role during this war. Galbraith’s role came only after Nehru’s letter dated October 26, 1962 to America and others for help.

B.N.Mullik certainly had a large role to play- not as adviser on military matters but as a note taker, intelligence provider, task manager, problem solver and peacemaker at the highest level. This is because Nehru’s cabinet was deeply divided over Defence Minister Krishna Menon. Since we have not released our 1962 records, Mullik’s 650 page memoirs “The Chinese Betrayal” published in 1971 is the only semi-official account among conflicting versions on the failure.

This book was authorised by the late Y.B.Chavan, who was our defence minister from 14 November 1962. The manuscript was vetted by the late K.Subramanyam, the doyen of our strategic thinking and founder Director of Institute for Defence Studies and Analysis (IDSA). Chapters 20 to 26 dealing with the actual war were scrutinized by Maj.Gen.D.K.Palit, who was Director of Military Operations during 1961-63. Palit had attended practically all high-level meetings during that period.

Most of the important meetings were held by him and not by Nehru. Usual attendees were the COAS General R.N.Thapar, Air Marshall Aspy Engineer, Foreign Secretary M.J.Desai, DIB Mullik and Addl.Defence Secretary H.C. Sareen. Contrary to public impression, Krishna Menon did not “bull doze” his decisions on them. Mullik records that on September 17 the Air Chief did not agree with Menon’s proposal to take over Kalinga Airways to supplement IAF in airlifting equipment to the North East.

Use of Airforce came up on September 18 while discussing the Western Sector where Daulat Beg Oldi, Galwan and Hot Springs were threatened. Air Chief “strongly opposed” Army Commander ( Western Command) Gen. Daulat Singh’s proposal to withdraw all forward army posts to concentrate in and around Leh. He said that IAF had built Chushul airfield with great trouble and “even offered to bomb targets in Western Tibet, bordering Ladakh” if necessary. Army Commander withdrew his suggestion when COAS also did not agree.

IB was then asked to make a study of the Chinese airfields in Tibet, Sinkiang and Yunan through their own sources and “Friends”, meaning foreign sources. Mullik says: “The Chinese Air Force at that time was rated to be the third biggest and strongest Air Force in the world, the only countries ahead of China being the USA and Russia. In the absence of any night interceptors in India, their bombers could penetrate as far South as Madras”.

When this report was discussed Defence Minister Menon “strongly disagreed” with Mullik that the Chinese had MIG-21. Mullik countered saying that Soviet Union had supplied MIG-21 not only to China but also to Indonesia.

The decision, as recorded by Mullik on Page 351 of his book to which the Air Chief was also a party was: “After discussions it was decided that rather than escalate the war and endanger our important civilian targets like Calcutta, Kanpur etc. compared to which we had no corresponding targets in Tibet, and the targets in China were beyond the reach of bombers it was better to limit the Air Force role to transport and supply.”

Chinese aggression became fierce with close combat from October 9 and again from October 20 making bombing impossible as it would have harmed our soldiers. Thus, those who want to blame Nehru may have to produce concrete proof.

[ The writer is a former Special Secretary, Cabinet Secretariat, Views are personal]