The pandemic sparked a major surge in online chess, but cheating and bans by several states pose a problem. 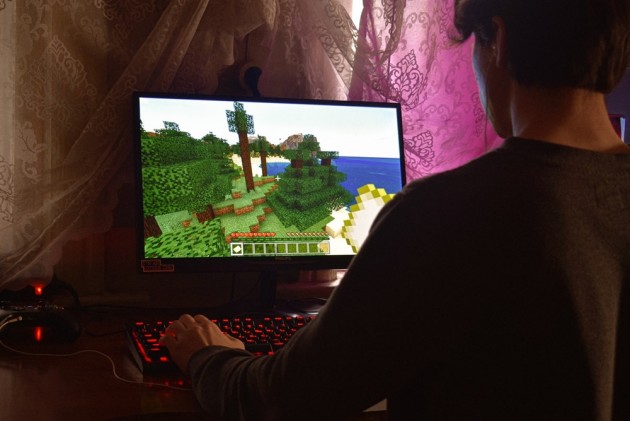 Chess, in one of its earliest forms 'Chaturanga', originated and flourished in India more than 1400 years ago. Online Chess, its modern-day digital avatar - is also thriving in the country, especially after the coronavirus-induced restrictions began in early March.

However, it's not all roses for the pandemic-catapulted online-chess industry. While it is still grappling to resolve vexing issues like computer-doping and foul-play, recent bans on online gaming in some states have posed fresh challenges.

Currently, around 100 million people in India play the game, and there are around 45 million online players.  They have increased by more than 50 per cent after the pandemic, and the number is rising. The number is rising further, according to a recent survey by WowChess.com, an online chess portal.

During the peak of the nationwide lockdowns in early May this year, altogether 200,000 players including some FIDE Grand-masters participated in an online tournament conducted by the government of Karnataka and gaming platform Mobile Premier League. Chess.com, the world’s largest site for online play which is very popular in India, has seen over 12 million new users this year, against just 6.5 million last year. Chess viewership has also experienced phenomenal growth in leading live streaming platforms. Almost 100,000 Indians had logged in to watch the final of the first-ever online Chess Olympiad in August this year.

Many people have even learnt the board game online during the pandemic-restrictions. During the recent 60-hour curfew imposed in the city from the night of November 20 to the dawn of November 23, Abhigyan Gadhvi (28), an automobile engineer, played it as a favourite pastime/stress-buster in his rented apartment in Ahmedabad. With almost no knowledge of the board-game till before the lockdowns, he is now a frequent player.

The main drivers of this phenomenal interest and growth include people having more free time owing to the restrictions on social mobility, availability of affordable smart-phones and cheaper data. Online chess is played both formally and casually with or without any prize-money. The International Chess Federation (FIDE), All India Chess Federation (AICF) and other such bodies organise official online tournaments, while independent chess/multi-gaming platforms do so for training and fun. Most of the independent platforms are foreign players, but the number of domestic ones is also rising.

“Chess is popular in India. Due to the pandemic, things are quickly shifting online,” says entrepreneur and promoter of online chess Gaurav Gaggar. “Growth of the online segment is now much higher than the over-all Indian chess industry's CAGR of around 20 per cent.  It also attracts casual and amateur players who do not have other formal platforms,” he said.

“With the rise in the number of players, the revenues of the sector has also risen by around 50 per cent. But it’s still early days for revenue in India as online chess is mostly free at the moment. The main sources of revenue are membership/subscription fees, per play charges, advertisements and online tournament tickets. The revenue size, currently, is estimated to be close to Rs 100 million only but this is likely to see a quick growth if the ecosystem continues to build,” Gaggar said.

FIDE Grandmaster (GM) Ankit Rajpara (26)  said the online play has gained popularity after the lockdowns as people spent more time indoors. Unlike cricket and football, chess does not involve physical activity. So it's easy to shift online without much loss of flavour.

Purists including Director-General of FIDE Emil Sutovsky and AICF secretary B S Chauhan prefer the physical board-game, citing 'drawbacks' of online play. However, the online version also has many big supporters including legendary Vishwanathan Anand. Several of the 66 Indian GMs apart from Anand are also strong proponents.
“The most significant thing in 2020 is that we are overcoming the psychological barrier of making things online. Chess has been playable online for decades, but we are better prepared now,”  Anand said during an AICF webinar. He had also endorsed an online tournament which was won by V.S. Rathanvel, a  FIDE International Master (IM). Rathanvel (19), had later said that the prize money helped him meet the high expenses of his chess-training. CEO of Niti Aayog, Amitabh Kant too sees online gaming and eSports as a great platform for chess talents.

AICF secretary Chauhan, however, said the issue of cheating/foul-play during online games was the biggest roadblock to wider adoption of the digital format. Programs/apps that can rapidly calculate near-perfect moves are often misused during digital tournaments.  “If in future this issue could be resolved, then, of course, online things will be preferred. It cuts costs like travelling expenses,' he said. FIDE president Arkady Dvorkovich terms cheating as a 'real plague' for the online game. Measures like multiple camera recording, continuous monitoring and eye-tracking etc., are being tried to counter it.
An industry insider said the online play has also provided a lucrative opportunity for chess talents who are even at IM/GM level. They can pursue their high training cost involving career by playing and winning prize money from such tournaments.  But It's not all roses at the moment. The skill-gaming industry including online-chess is in a way threatened,' he said.

“State governments in Telangana and Andhra Pradesh are blurring the lines between casino games like rummy and poker and skill based games such as chess. They have imposed a blanket ban without seemingly understanding the difference. Now more states might follow suit, even though the apex court is also not opposed to the idea of eSports. Viewing all online games as addiction and prize money as gambling is not fair,’ he added.  “India, currently 4th in the FIDE ranking can be globally more dominant. It can have more than 25 GMs in the top 100 instead of only three to four that we have today. It requires a lot of talent nurturing sponsorships and funds to achieve such feats and the very sources of it should not be cut down,’ he argued.

Andhra Pradesh, India’s 7th largest province with a large number of online chess players and gamers, banned all online gaming involving money/stakes/prize money a few weeks ago, which cast a shadow over the gaming industry including online chess. An ordinance to this effect was promulgated on September 25 and credible skill gaming operators in the state have geo-blocked players since. Telangana had implemented a similar ban in July this year. And more states might follow.

(Rajnish Mishra is a journalist who writes on various topics including sports and online gaming. The views are personal and do not necessarily reflect that of Outlook magazine.)