Will The Coronavirus Epidemic Change Us Permanently? 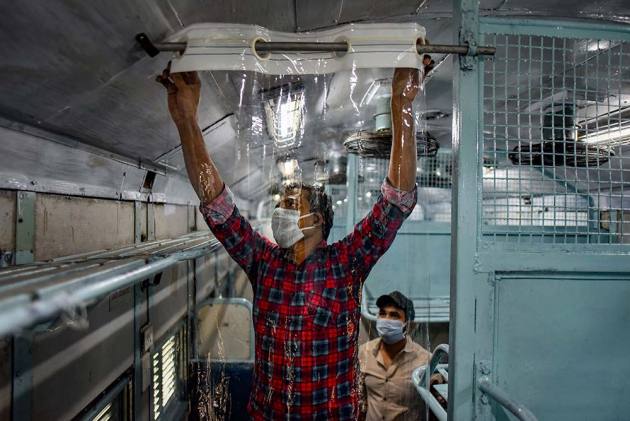 “One of my juniors was spat upon by group when he told them to go inside their homes. What do I tell him? Can you suggest as a psychologist?” A police officer asked me.

We talked about the dilemma he faced. His junior was on a routine patrol asking people to go indoors when a crowd, including children and women, surrounded him. He had tried to calm them down when some of the women and children spat upon him.

“Some of my men face this situation almost daily now,” he said, adding, “This officer had once carried a dead child on his shoulders. He didn’t break down then. But with this incident, he says he can’t take it anymore.”

“Many officers, doctors, nurses, front line health providers face this as a routine,” he said.

I couldn’t agree more with him. A viral video I had just seen showed a doctor trying to calm a patient who spat on her. A video about some men walking naked, making obscene gestures at nurses in a local hospital had shaken us.

Why is the COVID-19 crisis making certain sections of our society behave in a humiliating manner towards the frontline health workers and caretakers? As a caretaker, I have worked with the mentally ill, prisoners, drug-dependent people for over three decades. Even in some of the worst situations, I don’t recall been spat upon, abused or humiliated as I see the frontline workers facing now. It makes me wonder where this hatred is coming from.

Is the epidemic then releasing deep-seated fears within us that we didn’t believe existed in us before? Has the disease unleashed some kind of terror of annihilation that has broken through layers that protected our veneer of sanity? Has it burst open fissures that we didn’t know exist?

Are these signs of abnormal times that we are going through or do they reflect a malaise, a pathology that the epidemic has forced us to acknowledge?

Welcome to a world that may have changed forever. A world where the digital man is struggling with his emotions as much as with his physical survival and economic wellbeing. Today, psychiatrists, sociologists and psychologists are facing a novel challenge like never before. The coronavirus has swept our lives at a time when more people have begun to live alone than at any other time in history. In Sweden, almost sixty per cent people live alone today. In USA, a third of the population lives in single-parent households. In many parts of the world, single-person households are the norm rather than the exception.

As a psychologist, I counsel both people living alone and those feeling lonely. They are different from each other. But today, with COVID-19, the boundary between the two is getting blurred while social distancing is producing alienation like never before. As the neuroscientist, Eagleman once said, “Half of us is other people.”

Human beings need each other to know that we exist and it can stop us from going insane. We live in our memories, our imagination but only with the comfort that others are around us. The day we feel it no longer so, is the day we will die a psychological and physical death. Not even the loneliest person can struggle against that law of nature for long.

Medical science tells us that alienation and anxiety extract a toll on our brain. These two emotions refuse to disappear, making us aware that the brain is not a computing machine but a living entity in constant interaction with other people. Studies on alienation show that it increases the possibility of early death by a quarter and social isolation increases the mortality rate by nearly a third irrespective of gender, culture and geography.

Epidemics force our brain to grow in the opposite direction of what it has learnt to do over the millennium. Dr. James Coan, a neuroscientist researching on the effects of prolonged stress on the brain found that the brain processes information faster and more efficiently in the presence of others, even if they are six feet away than when they are alone or while talking on their mobile. A live person six feet away affects our brain far deeper than when no one is around. It is the sight, the touch, the presence of another that is soothing and necessary for our brain’s signal to survive.

As I came out on my balcony during the Janata curfew and later during the nine minutes lamp lighting, the people around in our apartment building seemed to be reaching out. There was a loneliness in the air we were all trying to fill up. It wasn’t just loneliness but a warning that something was amiss. It was as if we were seeking out each other giving a signal that we need each other.

What will be the long term effect of social distancing in India? As a society, we are known for our proximity to each other. We share information and jokes, tell each other personal stories without holding back. Just think of the last long train journey. We gather around rather than stand in a line, not waiting for our turn. The picture of Indians standing within circles drawn by chalk, one meter apart, may become a civilizational break that will separate us as PRE COVID and POST COVID.

What is happening is a disruption in our social pattern and communication. It is not temporary and we may never go back to our previous state. Studies show that Holocaust survivors while living in America half a century later still hoard food because of the trauma imprinted on their brain. Our intellectuals, policymakers and leaders will do well to give importance to emotional and social recession alongside economic recession that may have an impact far beyond the epidemic for the vulnerable.

Unlike natural disasters like the tsunami or a terrorist attack, epidemics don’t seem to have finite endings. They begin insidiously and create such a trail that no expert can predict how it will run its course. When one doesn’t see an end in sight, it compounds the trauma with a lack of answers.

Today, during the lockdown, being inside the home while being quarantined, the best hope for us is to rekindle the bond that the experts talked about. Man needs to retrieve ‘process oriented thinking’ and decision making that characterized him and produced great works of art, music and literature. They may once again happen when we stop running around madly in our daily lives for money and material belongings.

During his evolution, man has become a social animal. Today, the very identity of that social animal is threatened at the hands of the ‘digital man - the loner’. COVID-19 stands at that intersection of history between the two identities of man and presents us with an option to choose between alienation and the collective--between a social animal and a digital man. Long after the memory of the pandemic becomes a dim wisp of the past and the last death has become a statistic, man may do well to remember the biggest lesson from this epidemic –
The choice he made between the two. The future generation will judge us by asking those very questions that we may refuse to answer today.

The writer of this article had once asked George Kohlrieser, an internationally known psychologist, about what were his observations after his visit to India. After a moment’s silence, he had replied that throughout the period he was in India, he didn’t hear a baby cry. “Whenever a baby would cry, somebody would run to pick him up.” While returning home, he said he had stopped at Amsterdam airport and heard a baby cry after months. His parents were busy shopping and people passed him by. Turning to me he had said, “This maybe a strength of your civilization that you still possess.”

The COVID19 crisis may well strengthen that bond in us as a nation and make us resolve to take that path yet uncharted.

(Rajat Mitra is a Professor of Psychology at Amity University, An Author and Psychotherapist.
Views expressed are personal)