Will The Smog Tower Help Delhi’s Air Get Cleaner? Here’s What An Engineer Says

From every known science and engineering angle, the concept of vacuuming air in the open is not a practical solution. In the open where every puff of air is replaced with another puff of air in no time, with equal or sometimes more pollution, this effort to clean air is an illogical operation. 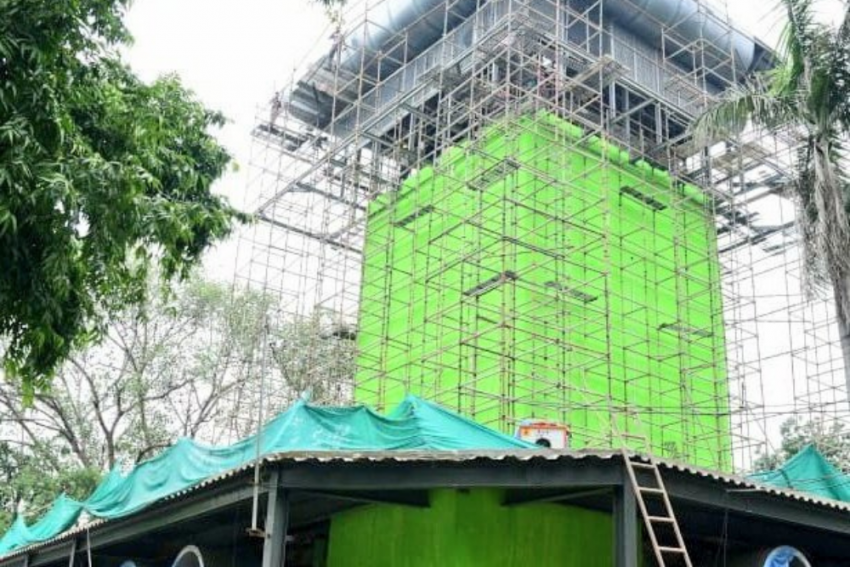 It is no secret that Delhi’s air pollution is the most talked about in India and worldwide. In 2020, Delhi was ranked the most polluted capital city in the world by IQair, an independent monitoring data archiving and reporting group. This was in spite of the lockdown induced blue skies and clean air days.

In the past, Delhi has been in the news also for some right reasons. In early 2000s, the city became the first to overhaul its public- and para- transit fleet to run on compressed natural gas, which cut more than 90% of fine particle emissions from their diesel counterparts. In 2015, for the first time three toddlers filed a public interest litigation in the Supreme Court to ban the sale of firecrackers before Diwali, which raised much needed public awareness on high intensity burning events. Delhi also hosts ~350km of metro, the longest in the country, which over the last decade slowly reduced parts of motorized personal transport shares within and between its satellite cities - Gurugram, Noida, Ghaziabad, and Faridabad. All these actions have one thing in common - every one of them tried to address air pollution at the sources. The message was simple: we need to cut the intensity of emissions at the sources, in order for the city and its inhabitants to benefit from clean air. And in this fight, every little action helps - whether it is addressing 3000 buses running every day of the year or firecrackers burnt on Diwali for one day a year or altering the travel behaviour of a few passengers.

In 2021, as an engineer, it pains me to see the city going in the wrong direction to fight air pollution. Delhi’s Chief Minister Arvind Kejriwal inaugurated an air filtering smog tower, in the hope of capturing and burying the city's air pollution problem. This intervention is equivalent to running a vacuum cleaner in the middle of the road with 1000s of vehicles spewing exhaust, intermingled with emissions from other fuel combustion activities. There is only one question here: will the smog tower help Delhi’s air get any cleaner? The short answer is NO.

From every known science and engineering angle, the concept of vacuuming air in the open is not a practical solution. In a closed room, with all inlets shut, it makes logical sense to capture a parcel of air, purify it, and let it out at the other end. But, in the open where every puff of air is replaced with another puff of air in no time, with equal or sometimes more pollution, this effort to clean air is an illogical operation.

In addition to the installation cost, there is the use of public land, electricity, and personnel and the dumping of the collected dust (if any) on the public grounds, which will eventually find its way back into the air. This smog tower cost has zero benefits to the city.

Now, just imagine what can be purchased for INR 30 crores - cost of just one smog tower. This is at least 15 continuous ambient air monitoring stations which are capable of measuring and relaying air pollution information in real-time; at least 10 electric buses with a capacity to make 10 trips a day transporting 40-80 passengers per trip; and at least 100 new and efficient waste pickup trucks capable of safely transporting all residential waste to processing centers. For reference, Delhi requires at least 77 continuous air monitors to spatially and temporally represent its pollution and currently operates 38; Delhi requires at least 15,000 buses to support the public transport demand and currently operates less than 5,000; and Delhi requires at least 3 times the current waste management capacity to handle the current loads.

Since the 1990s, a number of studies have been conducted by members of national and international institutions to determine what is polluting Delhi’s air. The answer has been the same, in some varying proportions: vehicle exhaust, dust from resuspension due to vehicle movement and construction activities, fuel combustion at the industrial sources, residential cooking and heating, and open waste burning, all of which are year round activities. In addition to these there are seasonal sources like dust storms, post-harvest fires, and firecrackers. If the goal is clean air and blue skies, we need programs with a long-term vision addressing emissions at each and all of these sources and not a band aid solution like a smog tower a.k.a vacuum cleaner in the middle of the road.