Why Has CAB Left Out 2.55 Million Hindus Facing Persecution In Sri Lanka?

The Citizenship (Amendment) Bill is the latest in a long list of intimidating tools meticulously chiseled into shape for alienating the Muslims in India. 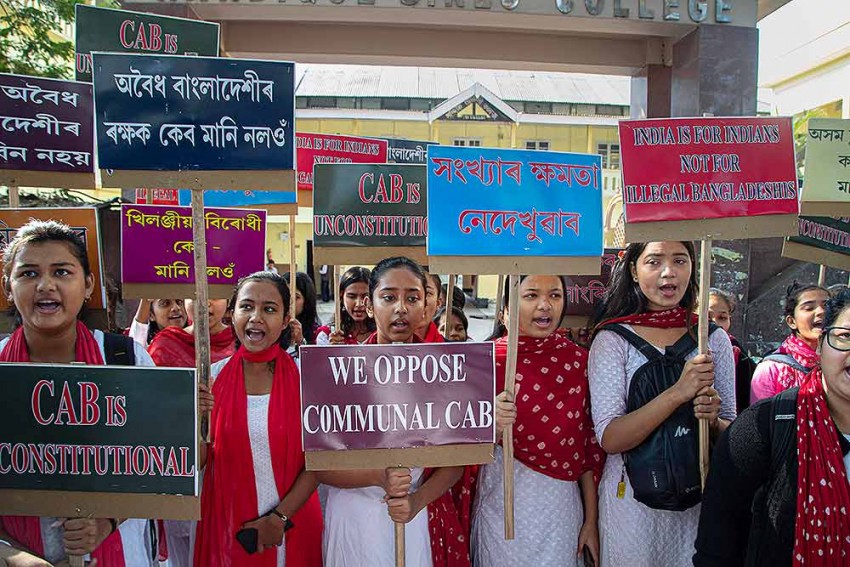 The passage of the Citizenship Amendment Bill 2019 in Lok Sabha marks the definitive transition of India from a secular liberal democracy to a majoritarian tyranny in a profoundly legal and political sense. A development that erases the main distinction between India and Pakistan and turns India into a mirror image of our neighbour, the passage of the bill also makes India increasingly resemble Israel in terms of the determinants of her citizenship.

Working hard to make the largest democracy and the greatest repository of diversity on earth look like both Pakistan and Israel at the same time is no small feat. Mohamed Ali Jinnah and VD Savarkar must be feeling jubilant in their graves at India finally endorsing their two-nation theory.

Let us not focus any more attention on the exclusion of the Muslims from the law. Muslims are fair game anyway. Is it fair to a government run by a Hindu majoritarian party that we expect it not to implement their pet agenda? We cannot even quote our founding fathers in our moments of anguish as the likes of Gandhi have now been repackaged into high-quality export material no longer needed or suitable for domestic consumption.

If it were possible to come up with powerful quotes from the works of Savarkar and Golwalkar to criticise the Bill, we could have perhaps persuaded the government to give us a patient hearing, but there is none. On the Constitutionality of the Bill, the less said the better.

Baba Saheb B. R. Ambedkar (thankfully, he is yet to be turned into export material) was so perspicacious that he predicted the current state of affairs seven decades ago. "While everybody recognised the necessity of diffusion of constitutional morality for the peaceful working of the democratic constitution, there are two things interconnected with it which are not, unfortunately, generally recognised. One is that the form of administration must be appropriate to and in the same sense as the form of the Constitution. The other, that it is perfectly possible to pervert the Constitution, without changing its form by merely changing its form of administration and to make it inconsistent and opposed to the spirit of the Constitution."

Read Here: Which States Are Exempted From Citizenship Amendment Bill And Why

Let me, therefore, focus attention on an aspect of the Bill that received very little attention. Why is the government unconcerned about the Hindus in Sri Lanka? The Hindus constitute 12.6% of the population in that country. They number around 2.55 million. They have had a long and bloody history of undergoing and fighting persecution.

Although based more on ethnicity and language than religion, it was persecution nonetheless. Culturally and linguistically, they differ little from the Tamils in India except in their accent and diction. Most importantly, the people in Tami Nadu will wholeheartedly welcome any initiative to help their brothers across the Ram Setu.

Why then are the Sri Lankan Hindus not being included in the Bill? Why such callous unconcern towards some Hindu brethren while extending urgent magnanimity to even Christians from the three countries included in the Bill?  One obvious reason is that the Tamils are not a vote bank for the BJP. They have so far refused to fall for the pedestrian divisive charms that worked wonders elsewhere in India.

Another reason could be that the Tamils, in any case, are outside the ambit of the Indo-Gangetic ‘Hindi Hindu Hindustan’ scheme. Last but not the least; Sri Lanka is not a Muslim majority country. Any narrative other than that of a Muslim majority persecuting hapless minorities is utterly inconsequential in the BJP’s political calculations.

In short, the Bill is not a reflection of the BJP’s love for the persecuted Hindus or other non-Muslim minorities in our neighbourhood. It is simply the latest in a long list of intimidating tools meticulously chiselled into shape for alienating the Muslims in India. Along with the nation-wide implementation of the National Register of Citizenship (NRC), the Bill will frighten the Muslims further into a psychological and physical ghetto on the narrow margins of the vast canvas of our country.

While a majority of the community may eventually resign themselves to their plight, the real worry is that of a small, yet substantial section of them, being radicalised into extremism and terrorism. That will further jeopardise the existence of the community, as any act of violence on the part of a tiny section will embolden the Hindutva forces to unleash their furies even more.

India is at crossroads. The space for anything other than narrow chauvinistic ideas is shrinking fast. The former editor of Outlook Krishna Prasad recently put it so poignantly: “I think there is no rational answer for what has happened, except that we pretended to be what we were for fifty, sixty years. But we are now reverting to what we always wanted to be, which is to pummel minorities, to push them into a corner, to show them their places, to conquer Kashmir, to ruin the media, and to make corporations servants of the state. And all of this under a heavy resurgence of Hinduism. India is becoming the country it has always wanted to be.”

(The author is a cultural critic and commentator writing in English and Malayalam. Views expressed are personal)