Women Are Ready To Take On The World, But Where Are Their Jobs?

Women want to work, and businesses benefit from their labour; therefore, this is about leveraging ambitions as much as it is about economic growth and industry. 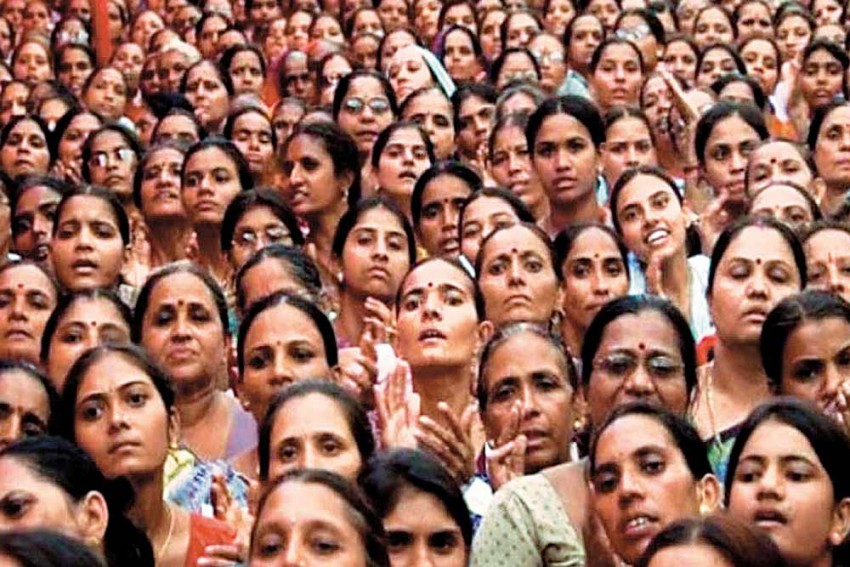 “What will you be when you grow up?” they asked. When she was younger, the answer changed a little every time the question was posed. It never once occurred to her that she wouldn’t be something — that she wouldn’t be someone. Through countless hours spent thinking about the next step, the assumption of ‘work’ remained. “Find a job that makes you happy, and gives you choices,” her mother said. Ten years later, armed with two degrees, she contemplates a third. Partly, to avoid going to another interview, only to hear a middle-aged man tell her he cannot believe that she’s nearing 30. “But you look so young — no plans for marriage?” he says, even as he mentally crosses her off a shortlist she was barely on. She knows she’s one of the privileged ones. What of those women who have mouths to feed? Those with bills that won’t stop coming? What of them?

The definitions of “jobs,” “work,” and “workplaces” may be evolving but, regardless of the parameters used, women are dropping out of India’s labour force at an alarming rate.  Whereas several South Asia countries have increased their Female Labour Force Participation Rate (FLFPR) in recent years, India’s numbers have dropped steadily, despite an increase in the rate of economic growth and the education level of women in the same period. According to World Bank data, as of March 1, 2020, India’s FLFPR now stands above only a handful of countries — and is lower than Saudi Arabia, Pakistan, Afghanistan, Somalia, and Egypt.

When confronted with this data, the reaction of many is that it can’t be true: “But I know lots of women who work!” Anecdotally, of course, that feels right. Stories of women working are increasingly commonplace in the media and popular culture. However, as journalist Namita Bhandare put it, there is a tendency to “celebrate the exceptional” rather than face up to the reality. So the questions remain: is this trend real, why is it happening and, crucially, does it matter?

What does the data tell us – or not?

From boardrooms to factories to call centres — women seem to be everywhere. India has finally even seen its first woman fighter pilot. However, the data tells a different story. In 2005, India’s FLFPR was at 31.7 percent, but in the years since, has dropped sharply — with current World Bank estimates suggesting that the rate is at 20.52 percent.

So, why are women dropping out of India’s workforce? The first answer could lie in the very definition of being in the labour force, and what kind of work is counted.

Indian women do more unpaid work in the home than their counterparts anywhere in the world. As Dr. Ashwini Deshpande said on episode 7 of the Women In Labour podcast, the real social norm that underpins India’s approach to women’s work is the cultural assumption that domestic work is the responsibility of women — and only after it is completed can they access the formal labour force. Given that women undertake the vast majority of unpaid work in India, with 66 percent of women’s work being unpaid, compared with 12 percent of men’s, it’s not that women aren’t working; it’s that their work is done in private, hidden from what is formally counted. This hugely disproportionate burden of care taken on by women provides the first major clue as to why women aren’t as prevalent in the workforce as they could be.

What’s happening at home is played out in stark contrast within the workplace. While women have a “duty” to work in the home, they are not afforded the same opportunity outside. When considering who has the right to pursue gainful employment, Indians reserve that right almost solely for men. A 2010 survey found that  84 percent of Indian respondents reported that men have more of a right to work than women when jobs are scarce. This perception plays out when we look at the data too. As unemployment has increased across the country, a staggering 90 percent of the 36 million new jobs that have been created in industry since 2005 have gone to men. And, as economist Dr. Ritu Dewan shared on episode 5 of the Women in Labour podcast, in the aftermath of demonetisation, women lost a disproportionately large number of jobs compared with men.

So, despite our personal perceptions — and the positive media stories highlighting the exceptional success of some women — what emerges from the data is that, not only are women facing a deeply unfair burden of work in the home, they are also less likely to be hired than men and more likely to lose jobs when employment is scarce.

Why does it matter?

First, let’s look at the financials. Currently, India has one of the youngest populations in the world. The next few years present a demographic window of opportunity. Not only can the country transform its economic landscape, there is also great scope for women to be a part of India’s success story. Reports tell us that harnessing the potential of India’s female workforce could add USD 0.7 trillion to the country’s GDP, representing an 18 percent increase, and that both productivity and male incomes rise as a result of women’s inclusion in the workforce.

Second, and perhaps more fundamental, is decision-making. If women are working less and less, they will not be able to access leadership roles. India runs the risk of becoming a country that is run by men, to cater to the needs of men. Without female leaders across industries and halls of power, who represents half the country’s population? Who fights for policies that enable women to succeed? Autonomy and empowerment go hand-in-hand, and inclusive, sustainable growth cannot be achieved unless women have an equal voice.

The third critical truth is that of aspirations. Women want to work, and businesses benefit from their labour; therefore, this is about leveraging ambitions as much as it is about economic growth and industry. Young women today are increasingly empowered by the choices our mothers and grandmothers made, just as they were empowered by theirs. With every generation, there is progress. As young women with 21st century aspirations, we are ready to take on the world — but where are our jobs?

This is Part-1 of a five-part series on Women In The Workforce.