Women Speaking Out Against Sexual Harassment Must Be Heard

Sexual abuse takes away dignity and self-confidence and sometimes a victim may not speak up for years due to the mental trauma, the Court observed. 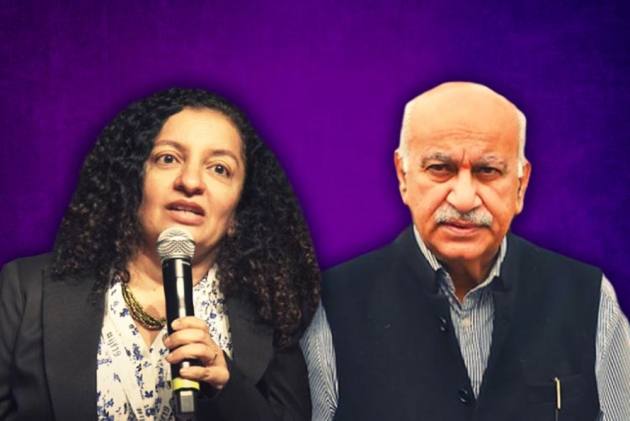 The acquittal of Priya Ramani in the criminal defamation case initiated by the acclaimed editor and former Union minister M J Akbar in the sexual harassment allegations raised against him during the #MeToo movement is a landmark verdict.

It outlines the need for society to understand the impact of sexual harassment on women. Ironically, those seeking gender equality have to find solace in a criminal defamation case where the survivor has been made the accused. But such is the nature of this evil that most women feel a sense of justice when they are heard and their story of harassment is accepted! Although the 2013 law against sexual harassment of women at the workplace mandates punishment for the perpetrator the act of speaking out is empowering in itself for most women.

In a patriarchal society, it is not easy for a woman to speak out against sexual harassment. Sexual abuse takes away dignity and self-confidence and sometimes a victim may not speak up for years due to the mental trauma, the Court observed. This particular incident dates back to 1993 when there were no Vishakha guidelines for the prevention of sexual harassment.

A few American women began speaking out against sexual harassment around 2017 leading to the #MeToo movement on social media. Hundreds of women, including celebrities, spoke out against sexual harassment by Hollywood Moghul Harvey Weinstein, comedian Bill Cosby and other famous persons. It sparked off a worldwide movement of women naming and shaming the sexual perpetrators. The seminal moment came with a New York court sentencing Harvey Weinstein to 23 years in prison for criminal sexual acts and rape.

We had our #MeToo movement in India. Several women in media, academia and creative communities broke the silence. Those named included some well-known and powerful men who took advantage of their positions to demand sexual favours from women colleagues. The Delhi court rightly observed that a man of reputation, even a man of social status can be a sexual harasser. The court upheld the woman’s right to dignity over the perpetrator’s claim of a stellar reputation.

In a male-dominated world, most workplaces are unequal when it comes to gender friendliness. Ms Ramani must be congratulated for her courage and commitment to justice. She pleaded truth, good faith, public interest and public good as her defence in the trial. The outcome is heartening for women’s solidarity and consciousness.

So far it has been a few courageous women from urban backgrounds who have spoken out. It is important to bring lacs of women working in the informal sector, on the fields, in the streets, in garment factories, in rural areas under the protection of the law. The law mandates that every employer must put into place a mechanism to provide a safe and harassment-free work environment to women. The WCD ministry has issued guidelines for employers, companies, institutions to form internal complaints committees in every entity from the district to the head offices. Sadly, we have no data about how many firms or employers have formed mandatory committees.

We must recognize that women in India face several odds in their work and economic activity. We are a developing economy with our own set of issues based on poverty and lack of educational and economic empowerment for women. Despite this women are huge participants in the informal sector. CMIE data suggests that Indian women bore the brunt of the Covid-19 economic shock reducing their participation in work to merely 11%. There cannot be a vision of a booming economy without the inclusion of women.

While it is good to have a legal framework against sexual harassment we need to address the mindsets leading to targeting of women. There can be no place for the male privilege in a democracy where women are equal citizens. Ensuring safe environments is a collective task for co-workers and state agencies. The prevalent notions of shame and honour imposed on women make it difficult for them to resist harassment. Most women may silently suffer exploitation at places of work for fear of a bad name. Coupled with cultural pressures, domestic responsibilities to name a few other barriers most women may simply be forced to drop out of the workforce.

We need a multi-pronged approach to enable women to earn their living with safety and dignity. Societal mindsets and attitudes against women persist despite legal provisions. We must address notions of male privilege and entitlements especially since the perpetrators are generally more powerful in the social hierarchy.

Perhaps we can learn from the Weinstein example. His victims found support from all sections of American society. Miramax sacked him from the Board within days. Reputed publications carried accounts of anonymous women who came forward to narrate their harrowing experiences. Many prominent film personalities openly condemned him. The Academy of Motion Picture Arts which organizes the Oscars expelled him. Quentin Tarantino publicly expressed remorse at not having acted against Weinstein despite being aware of his crimes.

(Zakia Soman is the co-founder of Bharatiya Muslim Mahila Andolan.)