NPR Can Address Limitations Of Demographic Data In India, Revolutionise Discourse On Inequality

On World Population Day, it is important to underline that continuous update of population register data can produce ‘gold standard demographic data’, leading to improvement in socio-economic indicators. 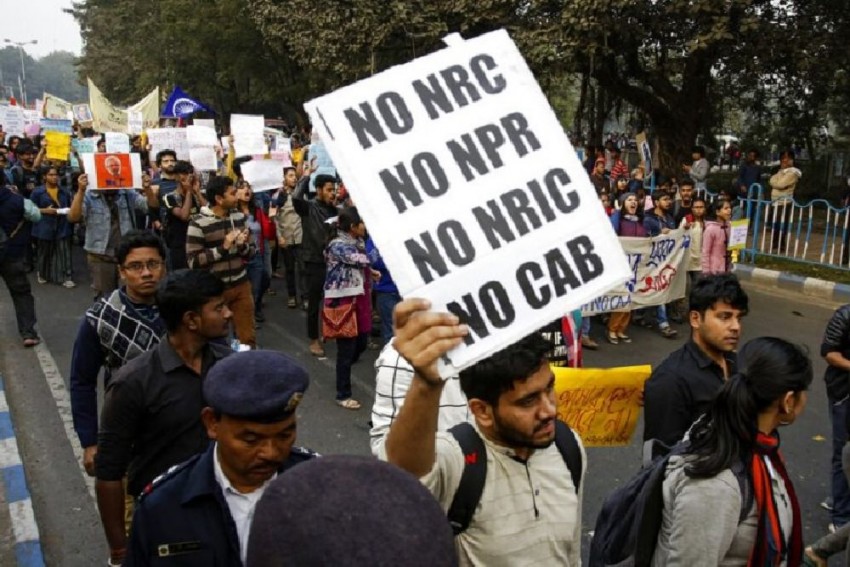 High-quality, open, transparent, and uncensored demographic data is essential for creating a democratic and accountable system. It helps to measure the success of policies and programmes adopted by governments. Globally, countries with highest human development index ranking have robust demographic data systems for centuries. Such data helps them address many socio-economic problems in a decentralised way. Even in low-income countries in Asia and Africa, the collection of demographic data since the ‘90s revolutionised the discourse on inequality across gender, place, or other social subgroups. On the occasion of World Population Day, it’s imperative to put the importance of such practices in perspective.

Population Register System is one such mechanism of continuous recording of each member of the resident population of a country to provide the possibility of determining up-to-date information concerning the size and characteristics at selected time intervals. It is the most comprehensive and timely collection of population information in any country. Many advanced countries like The Netherlands, Denmark, Finland, Iceland, Norway, Sweden, Belgium, etc. have been maintaining such registers for decades. For example, The Netherlands’ population register system has been in use since January 1, 1850. Under this system, a register is maintained at the village or municipality level giving each resident a unique personal identification number (based on biometric information). Any person who intends to reside in the country for at least 5 months, needs to register the name in this system within a month of arrival. In all of these countries, citizens or residents can avail of any government facilities (schooling, jobs, other social benefits) only through the registration number.

Population Registrar usually collects information on birth, change of address, change in marital status, name change and citizenship, migration from and to the place of residence, etc. The national statistics office usually compiles this local-level data every year to update the size and distribution of the population. Unlike census (which is mostly done every 10 years), the population register system records all essential demographic events (birth, death, marriage, migration, etc.) continuously.

Is There a Need For NPR in India?

Interestingly, India has multiple sources of demographic data such as Census, Sample Registration System (SRS), National Family Health Survey (NFHS), Civil Registration System (CRS), etc. These data source have proved to be crucial for planning and evaluating in India. Yet, none of the data source is comprehensive enough to address all three components of population dynamics, viz. births, deaths, and migration. The Census of India provides limited data on births and no information on deaths. It also does not tell anything about emigrants from India.

Further, there is enormous underreporting on information on immigration in India in census data. The biggest drawback of the Census is that it is available only for every 10 years. To know the size and distribution of the population for any interim period, there is no way other than estimation using some assumptions. Such an estimate is highly inaccurate at the district level due to changing population dynamics.

In short, existing data systems fail to give 1) an up-to-date yearly population size and distribution data 2) annual birth and death data for districts or social groups in India 3) information on immigration and emigration. While the update of SRS or CRS may solve only the second issue, only maintaining the population register can address all the limitations of the demographic data of India. Continuous update of population register data can produce ‘gold standard demographic data’, allowing to set the specific targets at the local level to improve health and other socio-economic indicators. Such data will be continuous and more cost-effective. By computing the period and cohort demographic rates from the population register data, we can evaluate government interventions precisely. Such information is crucial to reduce socio-economic inequality across India. If NPR is regularly updated, it will be a database to identify the Indian citizens as well as new residents coming from other countries.

As per the information available on the Census of India website, the NPR in India was first created in 2010 and later updated in 2015. This process of creation and update of NPR was done without any opposition. Currently, there has been continuous protest on the proposed update of NPR in 2020 due to unwarranted politicisation. Every sovereign country has the right and obligation to maintain a robust database of its citizens and residents. Indeed, it is the lack of vision that India does not have a population register data even after seven decades of independence.

However, there are some challenges too while maintaining such a register. While the Citizenship (Amendment) Act, 2003 establishes the required law for NPR, there is a need for well-established infrastructure and the national budget for a well-maintained NPR. Will India allot a permanent budget to update the NPR regularly? What is the information collected under NPR? Will NPR data be released for policy and research purposes after removing personal identifications? In the absence of such clear information from the concerned authority, it is easy to mislead ordinary people against NPR. Also, an update in five years doesn’t make much difference in meeting the demand. Just like the welfare countries of Europe, NPR should be updated continuously and compiled yearly. Government functionaries for CRS, Census, and NPR can be combined to achieve the common goal of improving demographic data only through NPR. With regular updates of NPR, Census will be redundant, as NPR will give precise demographic data.