Xi Jinping’s Visit To Tibet Has A Message For India

In all likelihood, the Chinese state is on eggshells regarding the continuous popular unrest in Tibet and doesn’t want to provoke another outburst. But what does Xi Jinping's visit mean for India? 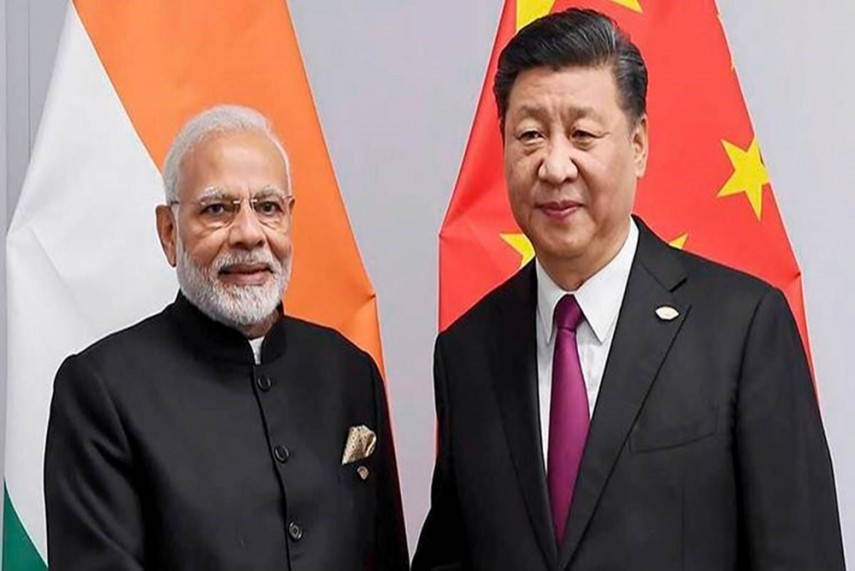 Xi Jinping’s visit to Tibet this past week leads to some interesting thoughts.

First, the surreptitious nature of the visit by the Chinese supremo to a territory the Chinese state keeps proclaiming as its own from every rooftop is unseemly. If the Chinese were trying to emulate American presidential visits to Afghanistan or Iraq in the last two decades, then that doesn’t sit well since we know how both those campaigns ended in ignominy.

In all likelihood, the Chinese state is on eggshells regarding the continuous popular unrest in Tibet and doesn’t want to provoke another outburst.

After Galwan Face-off, Plugging The Fault Lines Is Imperative For United India

Chinese Buildup In Galwan Betrays Trust, It’s Time For India To Up The Ante

The third possibility and this is where things get even more interesting, is that the PLA isn’t able to provide a hundred per cent cover to its supreme leader, and this points to gaps in its external defence versus India as well as internal defence against Tibetans and Uyghurs. Hacks in India will obviously try to counter by indulging in whataboutery regarding PM Modi’s festival eve visit to the Barahoti sector sometime back. And therein lies the rub.

If the PLA is as anxious to keep Xi Jinping’s visit such a secret, it speaks volumes about China’s deep weaknesses on its Tibet frontiers, not to mention, the essential equivalence between Indian and Chinese anxieties. If there is this equivalence, then it further gives the lie to all the Chinese bluster about its strength versus India. Before I declaim further on Tibet, let me just say that Indian VVIPs visits to border areas including that of the President and the PM are usually very well-publicized, even in so-called disturbed areas. President Kovind’s upcoming visit to Jammu even in light of recent irritants on the Jammu frontier speaks volumes about India’s confidence and a special sang froid that its polity and people have got used to, which is in some sense, a sign of deep confidence, even if it is with characteristic Indian fatalism.

Now, I come to perhaps the more salient aspect of the visit, in so far as India’s strategy is concerned. Besides Lhasa, Xi Jinping chose to focus his visit Nyingchi and the nearby site where the Chinese have started building a giant dam on the Brahmaputra. The symbolism is quite blunt, in that, the Chinese state is messaging to India that Arunachal and South Eastern Tibet is where the PLA sees an advantage versus India, and that it is also willing to use the Brahmaputra waters as a weapon of war. This is not a surprise either to the Indian Army or indeed the Central Government, which is why going back almost a decade now, the Indian Army chose to stand up additional divisions in Arunachal rather than the Central or Ladakh frontiers versus the PLA.

This is also the reason why the Border Roads Organization has four task forces operating in Arunachal versus two in Ladakh. The Central Government, to its credit, has also been sagacious in seeking peace with insurgent groups in the North-East ranging from the Bodos to the Nagas. While a lot still needs to be done to bring about political stability and peace in the north-east, the transformation of Assam from a troubled frontier state to a dynamic prime mover in India’s look east policy is a pointer to how the oft-maligned Indian system is usually able to accommodate wide interest and bring them into the mainstream.

All this being said, I am sure the Indian armed forces and the Central Government through its various entities are mapping out scenarios for countering the PLA in the north-east. While there is substantial work still to be done in basic mobility-related infrastructure, the numerous axes of operations provide equal opportunities to use vis-à-vis the PLA. Some sectors such as the Fish tail in the extreme east as well as parts of the Tawang tract are of particular concern, but in military campaigns, one cannot possibly defend every inch, and that’s true for both China and India. So, if we get some knocks in some sectors in the north-east as I have outlined, there are other sectors, where we can draw more than equal blood from the adversary. Having sat through hours and days of war games in various military staff colleges in India, and just listening to various retired Indian army officers provide in-depth insights into every hillock of the Arunachal frontier lends a huge deal of confidence in how much gains we will make versus the adversary.

I will also note that there has been a sea change in our infrastructure in the north- east. When I first went to places like Baisakhi and Sapper Camp in the years prior to the 1971 War, there still wasn’t a Farakka Barrage, and Guwahati was connected by a tenuous steam-propelled metre gauge line. While one is of course impressed by China’s advances in infrastructure building in Tibet, we also have to be cognizant of the peculiar geography on our side of the frontier. As a nation, while we can lament that we should have started building 10 years prior, we as a nation and people have to deal with the world as it stands today, rather than what it could have been.

Having discussed the north-east, let's shift focus to Ladakh and the western Tibet frontier. What I gather, from my admittedly limited resources, is that the Indian military is now in a relatively advantageous position versus the PLA. The heavy deployment of multiple defensive and offensive, including mechanized formations, and their arraying signifies an offensive posture on our side, which has begun to worry the PLA. I can surmise that Indian through its military deployment particularly in Ladakh and in communication, both through military channels, as well through the foreign office, is now priming itself for an offensive posture. This lean-on posture in Ladakh is creating deep anxiety amongst the PA and the Central Committee in Beijing, which is the real reason Xi Jinping was rushed to Nyingchi.

I think we are coming to a series of critical decision points starting from late August to the third week of September. In this period, there will be a step up in mutual jockeying between the two armies, and the PLA is increasingly worried that there will be a repeat of last year’s actions by the Indian Army that turned the tables in end-August; it’s just that this time, it will happen on a broader and deeper front, with India’s mechanized formations playing a more activist role. In addition, one can sense that the Indian Army has made certain pre-emptive moves in the central sector, which could provide a further advantage to our side. In sum, therefore, I think, we are in a position of strength in Ladakh and Himachal Pradesh while having some weaknesses in Arunachal.

All the above being said, the Indian military, and the PLA are really instruments for their respective states, and their manoeuvres are just the nuance in the larger communication between the two countries. I would, therefore, watch out for interactions between political leaders and ministers of both sides between now and the third week of August. I would also stick my limb out to say that very high-level interactions between the top-most leadership are clearly within the realm of possibility, perhaps not in August-September, but towards the end of the year, when the winter snows would have brought down temperatures, literally and figuratively.

As someone that has spent long tenures in India’s frontiers, I am confident of my military’s capability and my nation’s resolve. At the same time, I do not want India to get propelled by the ‘cult of the offensive’. A mature state like ours has various options, kinetic and otherwise. These are being deployed in a particular array, and we should give space for the other options to play their part. This provides us time to consolidate while also allowing us to gauge what the other sides’ vulnerabilities are. To paraphrase a particularly popular political slogan, Khela Hobe, one way or the other!

(In a career spanning 40 years, Lt Gen Utpal Bhattacharyya has served in all three hotspots confronting China, i.e. NEFA (Arunachal Pradesh), UP-TIBET border (Dharchula-Lipulekh)and Ladakh. He also took part in the Bangladesh operation and Kargil war with Pakistan. The views expressed in this article are personal and may not necessarily reflect the views of Outlook Magazine)