BJP Indulging In Drama, Not Fulfilling Electoral Promises: Sharad Yadav On Renaming Of UP Cities

UP Government will soon be changing names of many other cities in the state, says it's for restoring the lost culture. 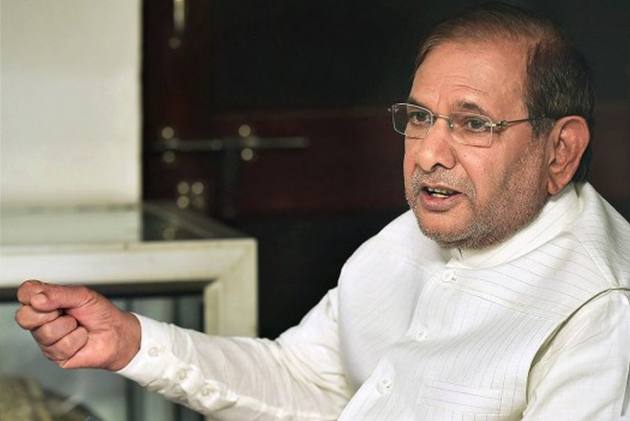 Bharatiya Janata Party lawmaker in Uttar Pradesh Sangeet Som created a flutter on Friday when he said the state government will soon be changing names of many other cities in the state after Allahabad was named Prayagraj and Faizabad, Ayodhya.

The firebrand BJP leader said that there has been a "long-pending demand of people to change the names of various districts" and revert to their original names.

"There will be changes (in the name of) of many other cities in the state," he said while adding that Muzaffarnagar, which was named after Nawab Muzaffar Ali, will be changed to Laxminagar soon.

Som is a legislator from Sardhana in western UP. He said that Yogi Adityanath government was trying to correct the "distortion done by the Mughal rulers who plundered the country and harmed the Hindus".

"We are only trying to restore the lost culture," he said.

Opposition leader Sharad Yadav on Friday accused the BJP of indulging in "drama" of changing names of cities, streets and roads, rather than fulfilling its electoral promises.

He asked the party's government at the Centre and in states to work to fulfil promises made by them before elections.

"There is a history behind the name of every city, and to change the history is not the prerogative of one political party. The Bharatiya Janata Party is busy in doing such things which has nothing to do with the progress and development of the country," he said in a statement, condemning the exercise.

The government should devote its time in providing jobs to the unemployed youth, increasing income of farmers, bringing back black money from abroad and other promises made before elections, he said.

"They are busy in dramas which are not going to deliver the goods," Yadav added.

Changing names one city after another is the only work which seems to have been left with this government, Yadav said.

He also hit out at the centre government over demonetisation and the Goods and Services Tax, alleging they have "ruined" the country's economy, and every citizen and house is still suffering from that "shock".