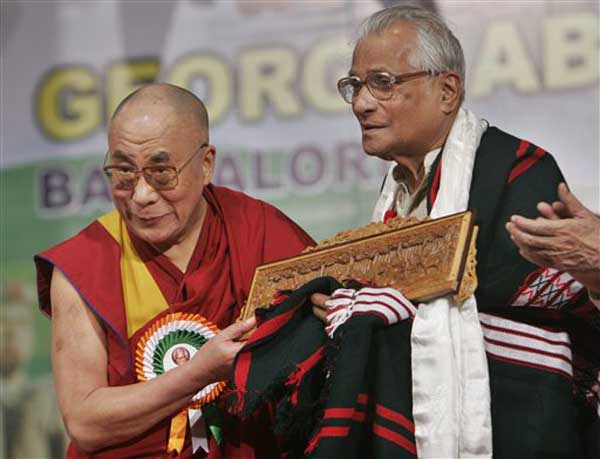 George Fernandes is one of the most influential of India’s political leaders of the last four decades. His entire life was dedicated to fighting tyranny, oppression, corruption, and for the upliftment of deprived sections of our society. His battles for equality, democracy, a free media, human rights and against all forms of injustice are well known.

We, the long time friends of George Fernandes, are deeply distressed at the events of the last few weeks, which diminish this image of a great man who, due to a debilitating illness, is unable to defend himself or express himself publicly.

We are also making this public statement to convey our deep concern for the well being, health and care of our friend George. We understand he is being moved from place to place and decisions on his well-being are being suddenly and arbitrarily taken by people who are not familiar with the particular aspects, past progress and treatment of his ailments. This is bound to have a severe adverse impact on his state of mind and body.

A panel of suitable people comprising of his familiar doctors at AIIMS and his long time colleagues and care givers, including the immediate and extended family, should be constituted through a legal process to ensure a stable atmosphere for him to feel comfortable and at ease.

All unseemly speculation and discussion being carried out in public view about his assets and relationships undermine the values that our friend George stands for.

It is our duty as his friends and admirers to ensure him his dignity and to demand respect for what he has done and the choices he has made over so many years.