Sharif, 67, had to step down as the chief of the Pakistan Muslim League-Nawaz (PML-N) after he was disqualified as the prime minister by the Supreme Court on July 28 in the Panama Papers scandal. 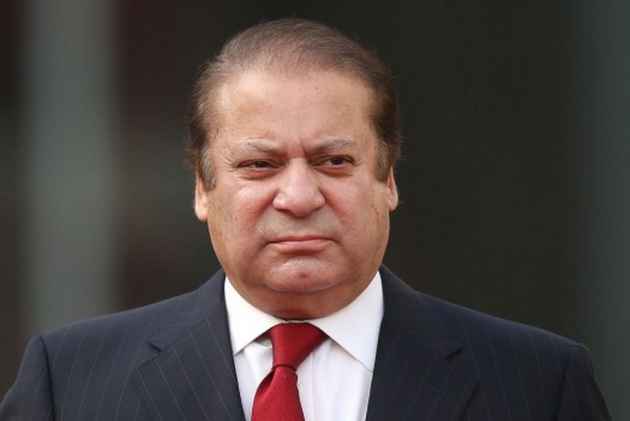 Nawaz Sharif was today re-elected as the president of Pakistan's ruling PML-N party after Parliament passed a controversial bill, paving the way for the ousted prime minister's return to politics.

Sharif, 67, had to step down as the chief of the Pakistan Muslim League-Nawaz (PML-N) after he was disqualified as the prime minister by the Supreme Court on July 28 in the Panama Papers scandal.

Under The Representation of Peoples Act 1976, a disqualified person could not hold office of a party.

However, the legal hurdle in his way to become party chief was cleared yesterday when the National Assembly passed a controversial Election Bill 2017 that allows politicians disqualified from holding public office to head a political party.

President Mamnoon Hussain signed the controversial Election Act 2017 into law hours after it was bulldozed through the parliament amid pandemonium on the opposition benches.

PML-N leader Dr Tariq Fazal Chaudhry submitted Sharif's papers for party president in the Election Commission of Pakistan (ECP) while no one other candidate from the party contested the election.

Minister of State Talal Chaudhry told media that Sharif will remain chief of PML-N. "He will also become Prime Minister of the country. Sharif cannot be removed from politics through conspiracies,” he said.

The election of party president is a requirement by Election Commission of Pakistan that already last month issued notice to PML-N for failing to choose permanent successor of Sharif.

Sharif’s election has temporarily healed the rifts within the party which appeared on the verge of defections after his ouster.

But Sharif’s fate as party president still hangs in balance as Pakistan Awami Tehreek party has challenged the new law in the Lahore High Court, while Pakistan Tehreek-e-Insaf and other parties have announced to challenge it in the Supreme Court.

Opposition parties allege that the new law was "Sharif- specific" to allow him to return to politics. They also content that the law is against the spirit of the Constitution.