In the third installment, author Uttaran Das Gupta is taking the readers through Berlin's Free Body Culture, the inward journey towards his father’s probable association with the Naxalite movement and much more. 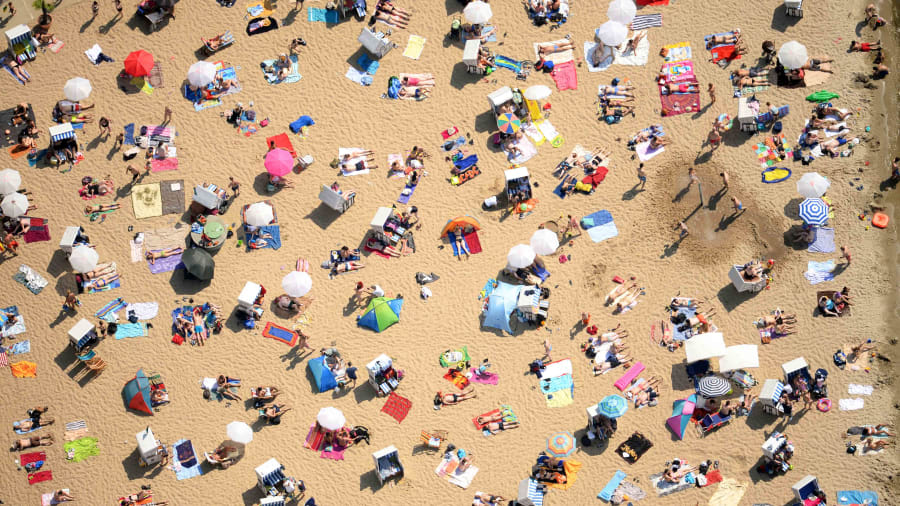 In the third instalment of ‘Faded Red’ we come across several cultural markers - the Freikorperkultur or Free Body Culture, the East Side Gallery on the banks of Spree and  Krzysztof KieÅÂlowski Three Colors Trilogy. We are also taken by the author on an inward journey towards his father’s probable association with the Naxalite movement, which, as Das Gupta puts it, “had considerable emotional purchase among middle class youth in the cities.”

In the second installment Gupta wrote about, among other things, ‘an epidemic of feigned nostalgia’ in the seventeenth and eighteenth centuries among European soldiers posted in foreign lands. These chapters are part of a series in which Gupta explores the idea of ostalgie, a sort of nostalgia that residents of former socialist countries experience because of a common cultural past.

In Berlin, I rented a room at Koppenstrasse from a young Indian couple I had known in New Delhi. They were excellent hosts. We cooked Indian food that I craved intensely after a month-and-a-half of European fare during my travels in the Continent. They also took me cycling and swimming. It was the summer of 2018 and a heat wave was sweeping through northern Europe. This meant most people swimming at the lakes near Berlin were au naturel. This is known as Freikoerperkultur or Free Body Culture that started becoming popular in the 1920s, was briefly censored by the Nazis but regained its following in the 1950s. It was particularly popular in the GDR: on one hand, it was a part of official proletarian culture, and on the other, an escape from uniforms and conformity that a communist state demanded. After a few days, my hosts went on a vacation to Portugal and I was left to my own devices. I did not know anyone else in Berlin; in due course, I would become friends with some German journalists but we did not really hang out. I was working at DW as part of the fellowship that had brought me to Germany in the first place. My colleagues ensured that I was comfortable in the newsroom. However, there was little for a print journalist like me to contribute to a TV channel. I was also researching a few stories (including this one) but there were no deliverables and deadlines that often dictate the lives of scribes like me. I could usually spend the day as I liked — walking around Alexanderplatz and the Brandenburg Gate, visiting some of the excellent museums or enjoying the evening at lifestyle districts such as Kreuzberg, Prenzlauer Berg, or Neukölln, eating doner kebabs with extra humus and drinking beer while watching World Cup football matches with the locals.

One of the places I visited very often was the East Side Gallery, which was only a five- or seven-minute walk from Koppenstrasse. It is the longest surviving section of the Berlin Wall; much of the rest was dismantled during Reunification. About 1,316 metres long, it is painted over with 105 murals and graffiti, and stands as a symbol of the fall of the Wall. It was not uncommon for me to spend sunny afternoons drinking beer on the banks of the Spree near the East Side Gallery or walking across the Oberbaum Bridge to Vietnamese restaurants and cafes, where I could find shelter from the heat. During these solitary walks, I often remembered my father. Baba, as I called him, had died after a brief illness the previous April. I can still distinctly remember the moment I heard the news. I was in an autorickshaw, the three-wheeler mini taxis that are a popular mode of public transport in New Delhi, returning home after having coffee with a friend. My cell phone vibrated, displaying an unknown number. An aunt who had never called me before was the caller. I knew what she wanted to tell me before she did.

Perhaps my bout of ostalgie was intertwined with my memories of Baba. My father had been a sympathizer of the radical leftist group called the Naxalites in his youth. The group, which the Indian government identifies as one of the greatest internal security threats, takes its name from the village of Naxalbari in north Bengal, where it carried out some of its earliest revolutionary activities. Its ideological subscription is to Maoism. While the security forces have now compelled the armed revolutionaries to retreat into the forests in central India, they had considerable emotional purchase among middle class youth in the cities — especially Calcutta — in the late 1960s and early 1970s. Like their contemporaries in Paris, Germany, Prague, and the US, students of Calcutta’s universities too joined urban guerrillas movements in 1968-69. The state responded with repression, torture, custodial killings. Baba never told me the exact nature of his involvement with the Naxalites. He would talk about it only on the rare evenings when he allowed himself a third glass of whiskey. Some of the details I could patch together were: The elder brother of one of his school friends was a Naxalite. The police had picked him up; a few weeks later his body was found under a manhole. This was quite common in Calcutta in those days — bodies of young men killed by the police or criminals in the pay of the ruling Congress party would often be found on the streets. This is what made Baba sympathetic to the young men who had picked up arms. My father also had bad knees and could only walk very slowly. He, however, never clarified if these were a result of time spent in a police lock-up or a clash with Congress goons. The residual grief from bereavement, the unbearable summer, and the ubiquity of remnants of a communist past only aggravated my ostalgie fever.

But, others too had similar experiences. Kolkata-based photographer and filmmaker Ronny Sen was at an arts residency in Gdansk, Poland, in the winter of 2015 when he found himself obsessed with finding commonalities between the communist past of his host town and hometown. Red — real and imagined — would be the thematic connection, like individual colours that inspired Polish filmmaker   Krzysztof Kieslowski's Three Colors Trilogy. It did not quite work out according to plan. “The colours I remembered were very different from the ones I was seeing,” said Sen. “I was not sure what I was looking for anymore, and I began photographing the mundane… even the banal”. There is a lot of red in his photographs — of a Coca-Cola advertisement, of traffic lights and car backlights, of a shopfront — that formed the collection, New World Chronicles of An Old World Colour. The colours fade or they change in your memory. You think you remember a white wall with a red hammer and sickle and star, the election symbol of the CPM. But it could also be black. The wall has been painted over. Perhaps, rituals of grief are also a sort of painting over. The ache of bereavement fades slowly, one learns to forget it. And, since some of this forgetfulness is sometimes induced willingly, as an antidote to the ache, the mutated narrative that remains can make a factchecker throw up their hands in despair. Take for instance this picture of me at Karl-Marx-Strasse. I clearly remember being there alone on my first night in Berlin. But I must have gone back, with someone else. Someone took this picture. I am looking at the camera, a red notebook in my right hand, a pair of sunglasses stuck into my shirt. Yet, I have no recollection of this. My memory is not a photograph, it is a watercolour on which someone has spilled a cup of coffee.

Uttaran Das Gupta is a New Delhi-based writer and journalist. He has published a book of poems (Visceral Metropolis, 2017) and a novel (Ritual, 2020). He teaches journalism at O P Jindal Global University, Sonipat. The travel and research for this essay were made possible by the Robert Bosch India-Germany Media Fellowship.