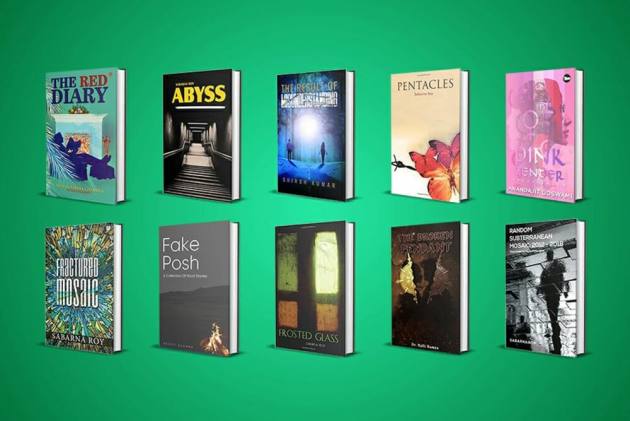 Since the advent of humanity, people have a penchant for stories. If a major chunk of people are inclined towards reading and listening stories, few of the selected ones have the craft to design such stories. Stories which have the characters which seems to be one of us! Indeed! The history of literature is very old but we all would agree with the fact that the literature has also gone through a phase of transition. Modern literature had surpassed the barricades of the moral policing along with blunting the existing taboo. At this juncture, we are putting together a list of such 10 books which are making a mark with their relatable content and unique treatment of the subject.

The latest masterpiece released by critically-acclaimed bestselling author Sabarna Roy is a testament of his literary caliber along with the mastery in his craft. Fractured Mosaic is in essence a sequel to Sabarna Roy’s fifth literary work, titled: Random Subterranean Mosaic: 2012 – 2018. It is yet another kaleidoscope from Sabarna Roy’s arsenal that will take the readers to a mesmerizing whirlpool. Various works depicted in Fractured Mosaic have already been mostly published in reputed media houses of the country as musings of the author. These have been brought together in the form of a book for the benefit of the readers. After his earlier six masterpieces became bestsellers since 2010, Sabarna has been constantly writing in the format of a journal to imitate how the mind works in real life.

The prequel to the Fractured Mosaic by Sabarna Roy is his fifth literary work. Random Subterranean Mosaic: 2012–2018 is a kaleidoscope of random, yet mysteriously structured to a pattern, fiction, semi-autobiographical, and autobiographical pieces, covering poems, short-shorts, opinions, observations, and conversations. Roy says: “All my life I have struggled to achieve an optimal lucidity in language and expression that is required to demystify the hidden self and selves and agendas. I hope I have achieved this in a large measure in this book of mine!”

The Red Diary by the bestselling author is the story of a young lad Rihaan, who stays in an orphanage Ashiyana, desperately longing to find his parents, who, he is sure, exist in some part of the world. His best friend, Ina, is adopted by a family, and she leaves Ashiyana despite her protestations, since Rihaan expects her to. Later, Rihaan, does find his blood-relatives, but not his parents. His mausi, Arpita, adopts him and he shifts to her place. He tries to find out more about his parents, but Arpita tells him that she will be telling him about them only after he is 21. What’s the mystery behind his missing parents which Arpita has kept secretly hidden in “The Red Diary”? Also, will his quest to find the ever-elusive Ina end? What will happen to Shivi, who gives him company after Ina leaves Ashiyana? What will happen to the personal life of Arpita amidst these harsh realities of life?

The Result of Misunderstanding by Shirsh Srivastava

The award-winning masterpiece by Shirsh Srivastava has taken a realistic take on the evergreen story of friendship. And if the story is between people of two different genders setting aside the romantic liaison; it becomes irresistible. A gripping story of two friends: The Result of Misunderstanding by Mr Srivastava focuses on the various aspects of relationships. Not just relationships, it also sheds light on the various misunderstandings that prevail in any relation. Thriving on the concepts of love, lust, belief and trust, the book takes you onto a journey of fragile hearts, the ever-hanging question of morality. The author has very delicately touched the psychological aspects of the teenagers which let them to analyze friendship as love and vice versa. Mr Srivastava taking the teens as his protagonist had tried to decipher the modern aspects of love in a lucid language which makes it an interesting read apart from securing a place in this elite list.

Modern literature has witnessed the resurgence of plays. Gone are the days when just poetry collections and novels used to adorn our bookshelf. Abyss by Sabarna Roy is one such play which has been quite popular among the youths. Abyss is a full-length play in two acts with an interval in between. Essentially a racy crime thriller full of gritty suspense; the act builds up slowly to result in a crescendo of conflicts between personalities and ideas finally to end with an unnatural death before the interval. The readers are hung in the balance to declare it as a suicide or a murder? Act two evolves through a series of incisive interrogations to unravel the truth, which is deeply disturbing and affecting. As the play unfolds into a very well-crafted situational thriller, underneath is the debate about using land for agriculture or for industry, the ethics of a working author and the nexus of a modern state all wonderfully enmeshed into its storyline and the personal lives of its subtly etched out characters makes it a bright prospect for being adapted.

One more masterpiece by Sabarna Roy is a combination of one long story and four short poems, the work delightfully bridges the gap between the mundane and arcane writings of today and provides an interesting, yet intellectually stimulating, treat for the discerning reader. The thought-provoking views on issues like love and socio-economic conditions in India are interspersed in the whole work. Unshackled by the bonds of rhyme and meter, free verses evoke the stark reality of urban life, hitting you straight in the guts. The use of everyday urban imagery adds to the appeal of the compositions. The free verses sketch out their life story with its attendant pathos, poignancy and logic.

A raw story by a debut author is always a hot favourite among the readers barring the age and geography. And if the story is a high-octane thriller, people just want to get into the skin of characters. Who doesn’t want his adrenaline getting rushed finding himself amidst the cat and mouse game? The Broken Pendant by Dr. Nalli Ramya is one such thrilling masterpiece set in the backdrop of Teotihuacan pyramids, Mexico and the Houston, USA. The thriller added with the beauty of Time Travel plot where present is held in 2054 and then taking readers back to 2024 through a diary. The Broken Pendant shedding light on gigantism and triviality makes for a well-stitched story which will surely be a path-breaker in the modern literature.

The recently released Fake Posh by Deepti Sharma is a collection of four stories portraying varied emotions. At a time when we are developing a liking for relatable stories rather than larger-than-life ones, each and every story plunge us into a different set of emotions. How many times have we seen stories which get away itself from the pandemic of imbibing romantic liaisons? Whether it be the titular story or the other stories, each story blends perfectly into the psyche of modern society. The stories without forcing the idea of feminism, masculinity or any other such aspects gives a subtle explanation of the mask under which we have disguised ourselves. Touching the aspects of a desire to change, along with the fake persona which we are either bound to wear out of the societal pressure or out of our desire to be the best in the lot; this collection is surely going to make a mark in modern literature.

The award-winning masterpiece; Pink Gender: The Extended is a seasoned thriller focusing on the fallacies of society. How many times have we come across a transgender as a prime character of the story? The novel intends to break various stereotypes attached with Indian literature from the very beginning. The procedural investigation of police shades light on the prevalent system of the country. The masterpiece which is an experimental in itself tries to decipher the magical mysteries of life in the wake of a mysterious accident which serves as the backdrop of society. The masterpiece tries to explore the bright and dark corner simultaneously and leave the magical mysteries explained and at the same time unexplained in some ways which surely makes it a treat to the modern literature.

The never-ending love of youths for short stories is almost an open secret. And if this collection has the companionship of the poetry, it is needless to say that the charm of a masterpiece increases exponentially. Frosted Glass by the bestselling author Sabarna Roy is one such book. A collection of 14 stories and 21 poems set in Calcutta raise contemporary issues like man-woman relationships and its strains, moral and ethics, environmental degradation, class inequality, rapid and mass-scale unmindful urbanization, are devoid of sentimentalization. The brilliant narrative and portrayal of betrayal in personal relationships makes the Frosted Glass quite an exciting prospect. The question of existence apart from other essential aspects makes it a better prospect of getting adapted into the visual form of art. The uniqueness of theme along with the relatability is surely a treat to the modern literature.