Aakash is a crypto and blockchain enthusiast, to put it mildly. 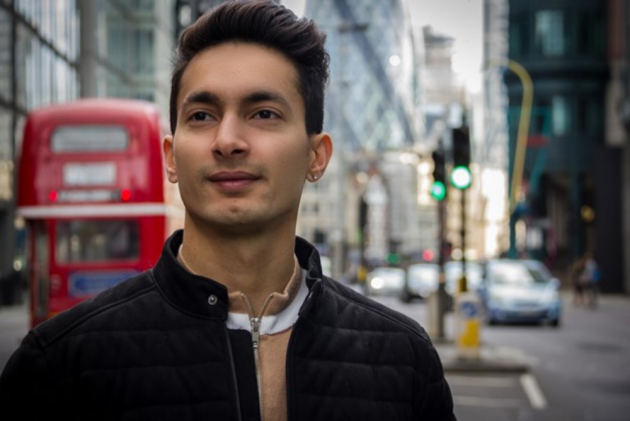 "They say Aristotle said that the personal is political. However, I'd go a step ahead and add to that, that everything is soon going to be blockchain too." Meet Aakash Yadav, who describes himself as a serial entrepreneur and co-founder of a startup incubator fund startup studio. Online. Aakash is a crypto and blockchain enthusiast, to put it mildly.

With a surge in cryptocurrencies, especially in the Indian market, which is home to one of the world's largest crypto holders, little to no attention is paid to the underlying blockchain technology. There are established names in the Indian crypto game, be it the incessantly advertised exchanges or the personalities which endorse them. Most of these "influencers" maneuver their game either around cryptocurrency trading or promoting the launch of new coins or tokens through largely unregulated ICO's. There is hardly even a tiny clamour, let alone any noteworthy effort, concerning the adaptation and integration of the game-changing blockchain tech into daily life. Aakash insists that he is here to change that.

When asked what makes you repose such strong faith in the blockchain tech, Aakash states, "I have had a strong predisposition favouring the concept of blockchain since I first read about it in Satoshi Nakamoto's whitepaper on Bitcoin." It is a novel means to store data and encrypt it so that all stakeholders trust the data values, making data breach a thing of the past and increasing investor confidence, he adds. "There is a huge misconception in the minds of many that the Blockchain tech is limited to cryptocurrencies only. Imagine if the Indian government adopts the blockchain tech to store land records, then establishing land titling would be a click away, and we could easily migrate from the existing cumbersome system of possessory land titling. Every sale deed could be recorded as a blockchain transaction against the concerned plot number, and that would be it. This leaves no room for a corrupt bureaucracy to manipulate landowners' data, and proof of titling could be made available digitally. No more storing of physical copies of land records in dilapidated government buildings for ages. This has the potential to revolutionize the ease of doing business."

His primary vision, he asserts, is to deploy the efficiency of the virtual realm into the lived reality of thousands, if not millions, of end-users by exploiting the blockchain tech and converting it into tangible, perceivable use-cases for people across the globe.

"I plan to do this by establishing processes that will enable the migration of the perks of the blockchain into human life to help shape a better future for all of us."-Aakash

He was explaining that the first step in fructifying this vision of his has led to the creation of the world's first play to earn gaming ecosystem based on blockchain and smart contracts, known as OneTo11. Being the Principal Advisor to OneTo11, Aakash provides valuable expertise on Blockchain tech and Crypto to the project. He has successfully initiated the migration of the gaming industry and has transplanted it with the innovations that blockchain tech has to offer. We asked him what does introducing Crypto to gaming meant? "Digital games would be built on the blockchain networks, which would have an underlying framework of a distributed ledger," he replied. He further adds, "such games would be modelled to incorporate non-fungible features which would allow players to trade the assets earned/collected by them whilst playing the games." He believes this would revolutionize the play-to-earn contest gaming ecosystems and points out that "just like an NFT, the in-game collectables would be unique to the user and his ownership to them could be verified by the blockchain, thus allowing him to trade the same." "This opens up the companies in the gaming industry to venture into the unchartered territory of creating entire gaming metaverse, including virtual cities, etc. having tradable traits/features, and it gives me immense satisfaction to be one of the first few, who could envision and deploy this concept." The OneTo11 Gaming Ecosystem, Aakash is the Principal Advisor, is a collection of multiple games and applications with an integrated wallet and native token. All the games are capable of NFT creation, allowing gamers to develop the NFTs that they can own and trade for value using the marketplace and tokens available with the OneTo11 Ecosystem. The gaming types include sports fantasy games that allow users to create their fantasy teams and compete against each other globally for contest prizes, casual mobile games, learning-based games, and Metaverse and Minigames. It is noteworthy that OneTo11 Token raised 2.5 million USD through its presale and public sale. "This shows the confidence of the market in the blockchain-based gaming ecosystem," mentions Aakash. He has played a vital role in optimizing the BSC Network to enable OneTo11 to launch a gaming token for trading on the app to replace the fiat currency. Aakash tells us, "The token would also be available to freely trade in the open market, allowing users to earn some bucks while they play."

Being a son of a farmer, Aakash believes that blockchain as technology could ameliorate the situation of farmers in India. "The farmers of this country have just won their toughest battle since independence. With the roll-back of farm laws, we all should now provide innovative solutions to the farmers' woes. One such area where I see the potential for blockchain-based innovation is the rural & farm finance sector." When asked to throw some light on it, he concluded, "soon."