Ajminur Oarish, The Debutant Musician, Mesmerizing Everyone With Soulful Creations

Ajminur Oarish, a young musician from Bangladesh, is inspired by all the great musicians of different generations. The Music Composer, Lyricist Singer, and entrepreneur have made their entry into the musical world with a bang. 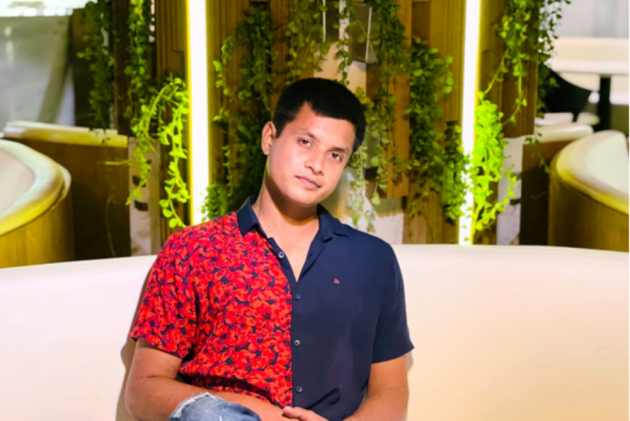 It is said that 'where words fail, music speaks '. Music is known to have the power to connect people across boundaries, languages, generations, and views. Good music is bound to find a place in everyone's heart whether the person understands the language it is created in or not.

From Lata Mangeshkar to Celina Gomez and Shakira to boy band BTS found their place in millions of hearts cutting across every limit and boundary anyone could have thought about. Ajminur Oarish, a young musician from Bangladesh, is inspired by all the great musicians of different generations. The Music Composer, Lyricist Singer, and entrepreneur have made their entry into the musical world with a bang.

Ajminur Oarish's debut album 'Feelings of Ecstacy' has 12 soulful singles. He has penned all the songs down. His lyrics and voice are catching the attention of everyone. His first song, 'Desperated space', released on 21st June 2021, has rave reviews. Ajminur has become a known face among the young generation of Bangladesh with his first album itself. People have already started asking for his next album. He is a verified artist on Spotify, YouTube, Apple Music, and other music apps.

Born in Khulna, Bangladesh, Ajminur Oarish was passionate about music since childhood. He says music has amazing power. It has always motivated me to be who I want to be. Music has infused amazing confidence in me to dream and achieve." He started creating music with minimal support. He says I uploaded my first song on YouTube with just a mobile and a microphone, nothing else. I was confident about my talent. Slowly in a few months, views and likes poured in. I believe that in today's world if you are dedicated, your talent would not go unrecognized. The digital world and social media have come as a huge help to our generation."

Ajminur Oarish is also an entrepreneur he is the Founder and CEO of 'Ajminur Orish Music', the firm that he founded in 2020 with a vision to provide a platform to the talented musicians who struggle to get the platform to release their music. He says, "There is immense talent around. Young folks find it difficult to get the platform to release their music because big platforms avoid relying on new artists. I want to help them by giving a decent and honest platform where talent and music are the only criteria."

Ajminur believes that music has the ability to change people. It teaches about self-love, humanity, and positivity. He says, "A musician has the power to change thoughts. In the past, we have seen that it has influenced to bring in revolutions too. Great poets, singers, and musicians have proved it. I will still be happy if I can bring even a small positive change in a single person. I will keep creating music with that motivation."

Ajminur Oarish has accomplished a lot at a young age, but he says," I am just at the beginning of my career. I want to do a lot for music and talented musician in the future. "He is content with the kind of response his first album is garnering, and listeners are emotionally connecting with his music. His suggestion to the talented millennials is, "Don't give up because others want you to do so, or you feel you lack something. Work on your shortcomings and excel with confidence. God helps only those who help themselves."