At the time of his graduation, the activist connected with Akhil Bharatiya Vidyarthi Parishad and made his way in the line of politics and social reforms. 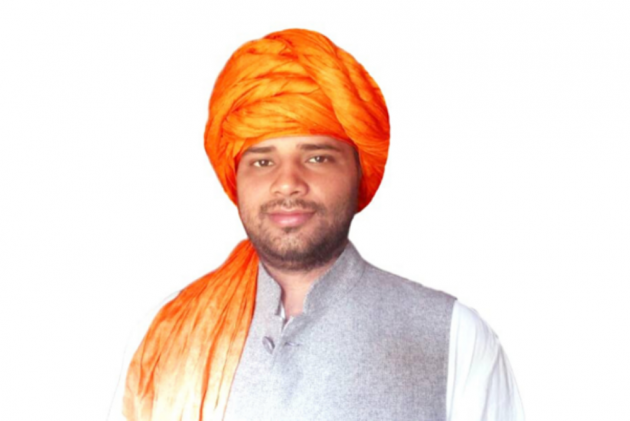 \Social Activist and humanitarian Akash Singh Lallu and his team cleaned and sanitized the whole premises of Siddheshwari Devi Dham Sidhauna in Azamgarh. A solution of sodium hypochlorite was used to clean the temple and the adjoining premises. The entire process was done following all the guidelines of the pandemic.

Along with social workers Pankaj Singh, Shivam Singh, Rahul Mishra, and Umesh Singh from Rashtriya Swayamsevak Sangh (RSS), Akash Singh Lallu formed the team that took charge to clean the temple area. They started as a small unit, but as time went by, more people joined in and played their part in helping the frontline workers in this dire time of need.

Hailing from Chakidih, a small village of Azamgarh district in Uttar Pradesh of India, Akash Singh Lallu was born in a Hindu Rajput family on Sep 02, 1987. The social activist completed his early education in his hometown and moved to Varanasi in 2002 to join Uday Pratap college. There he completed his senior secondary education in the year 2004. Further, the leader attended Allahabad (now Prayagraj) Agriculture Institute Deemed University in Uttar Pradesh, India, where he earned his bachelor's degree (B.Sc. Ag) in 2008. And lastly, he acquired his B.Ed. Degree from Dr. Ram Manohar Lohia Avadh University, Ayodhya, Uttar-Pradesh, India.

At the time of his graduation, the activist connected with Akhil Bharatiya Vidyarthi Parishad and made his way in the line of politics and social reforms. To serve the nation, the activist promises to help and support the people of India with all the necessary resources and guiding support at times of need and urgency. Presently, the leader is working as a determined schoolteacher and uses this remarkable opportunity to educate and grow every child of India in early life. Acquainted with the truth that children are the future asset of our beloved country, he is making every effort to enlighten them with the rightful theologies and practical knowledge.

Recently, Akash organized a mega 'Deep Utsav' on the Arail Ganga Ghat in a bid to promote the religious and cultural aspects. In collaboration with Prayagraj Municipal Council and Avatran NGO, Akash and his team organized a 'Deep Utsav' and a 'Ganga Aarti' program that generated quite a buzz. The Ghat was decorated with about fifty-one hundred 'Diyas' (Earthen Lamps) during the initiative, and the evening witnessed a grand 'Ganga Aarti'. The event saw the presence of some of the notable people from the field of politics and administration. Mayor Abhilasha Gupta Nandi, Municipal Commissioner Ravi Ranjan, PDA VC Arvind Chauhan, Retired Deputy SP O.P Dubey, Guru Prasad Rao, Prakash Singh, and BJP Yuva Morcha General Secretary Jayvart Singh were people who graced the occasion with their august presence.

Talking about his journey and dedication towards the development of society, Akash says, "I believe that it is the generation of our time to take on new approaches and contribute our part in the growth of the society. I have used all my resources to their full potential to ensure that no stone is left unturned when it comes to the foundation of a society worth living. From elevating the levels of education to improving the cases of sanitation, I, with strong and consistent help from my team, have been able to bring solutions for a better quality of life."

Mentioning his achievements, Akash Singh Lallu was offered a role of the Member of State Working Committee, BJYM(BJP), Uttar Pradesh. He came in contact with Ashok Singhal Ji during his teenage years and played an important role in the Ram Mandir movement. Due to this contribution, he bagged a permanent role in Vishwa Hindu Parishad. He was also recognized by VHP's organization secretary Kashi Province Manoj Shrivastava.

Many central VHP office-bearers, including Champat Rai and Rajendra Singh Pankaj, have felicitated him for his philanthropic work approach. Akash Singh Lallu has served as a volunteer and co-coordinator of the traffic system of Vishwa Hindu Parishad during Mahakumbh in Prayagraj, Uttar Pradesh. Currently, he is associated with the Basic Education Department, Behraich, Uttar Pradesh. Crediting these, he has been able to effectively play an important role in the enhancement of society and become a renowned and popular social activist who is making a difference in the lives of people with his unique and industrious approach.