But this new startup has managed to do just that which even the big media houses are struggling with today. 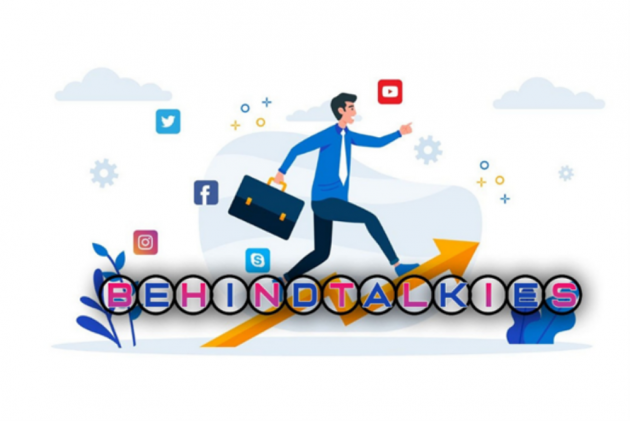 With a solid fact checking team, the website delivers news on your screens instantly
Launching a news portal nowadays is a risky affair for mainly two reasons – gaining a good loyal audience is trickier than ever and generating revenue from a pool which is dominated by Google, Facebook and Youtube is a torrent affair. But this new startup has managed to do just that which even the big media houses are struggling with today. Behind Talkies is a Tamil website that focuses on all the happenings of the South Indian entertainment industry.

Since its inception in 2017, this new age entertainment portal has fast become a household name for Tamil entertainment news buffs. Through a robust system of fact checking, the editors at Behind Talkies have ensured that they rose above the clutter when it comes to genuine news. Credibility has always been the backbone of the team and they have barred no expenses in ensuring their readers get proper news. What makes them even a force to reckon with when compared to the bigger media houses is the fact that they have been up to the task when it comes to delivering news quickly.

The perfect amalgamation of fact checking and short news delivery time has been the pivotal point behind the resounding success of Behind Talkies. At a time when most news outlets have sacrificed quality for quantity, this website has gone out if its way to ensure both quality and quantity are well balanced. With a charismatic team working round the clock, the website ensures it doesn’t miss much when it comes to entertainment news.

South Indian entertainment news is at the core of Behind Talkies editorial might. Since the medium of language is Tamil, the website keeps a clear focus on all that happens with the Tamil films and entertainment industry. Be it the latest from Bigg Boss or the upcoming Tamil films, songs or latest albums, Behind Talkies has it all covered. Despite being a relatively small team when compared to the bigger media outlets, this charismatic team has ensured that when it comes to the nitty-gritties od the entertainment industry, they are no slouch.

And it isn’t just big talks for the team.

They have a large loyal audience to prove that they have put the money where their mouth is. Over the years, this website has gained in not only increasing its audience, but it has also generated revenue that will put enough media houses to shame. The team has also ensured that their presence on social media including Instagram is felt and have curated effective ways to ensure the maximum reach through thorough research. They have played to their audience as understanding the core audience is the key to the success of any media outlet.

At a time when there are plenty of sources for news, Behind Talkies has been a stardust that has delivered consistently. With such resounding success in such a short time, one can only hope that the team has plans to expand into other languages.