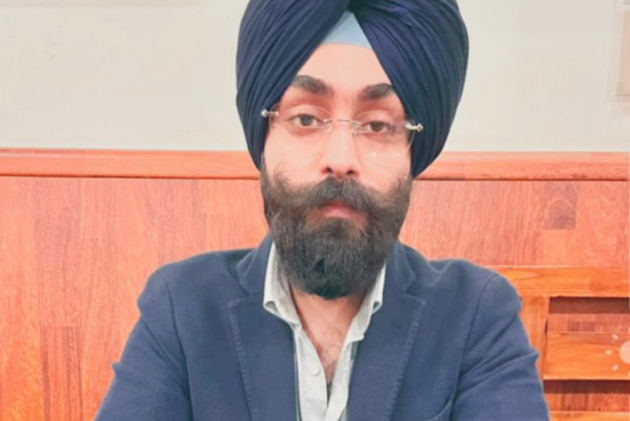 It was not an easy journey. To be precise, foraying into the aviation industry is not a cakewalk, perhaps not everyone's cup of tea, but young and dynamic Singh from Jammu and Kashmir conquered all the difficulties and challenges to become a successful pilot and COO of Kashmir Air Services. This company acquired multi-engine aircraft under his leadership.

Capt. Rohanneet Singh Raina began studying in flight school in Vancouver, Canada, at the young age of 18 and was exceptionally well in training. His extraordinary accomplishments are evident from the fact that he achieved solo flying in mere 17 hours.

Consequently, he was accorded recognition by FAA, Federal Aviation Administration, which is the Civil Aviation Authority of United States of America, with inclusion in the prestigious FAA Airmen Certification Database due to meeting or exceeding high educational, licensing & medical standards established by this entity.

"I was always very fascinated by aircraft and all the things happening at airports – I guess I've always been dreaming of becoming a pilot since childhood, " said Capt. Rohanneet Singh Raina. He further added that he faced a difficult time when he returned to India.

"During 2012, the aviation industry plunged into a steep recession, and it directly impacted me and my batchmates," said Capt. Rohanneet added that he never lost hope and kept exploring various possible and potential avenues in aviation.

In 2018, Capt. Rohanneet got an offer from business associates to start a venture under Kashmir Air Services (KAS). "Some close associates approached me with an idea to start their venture. I found it interesting despite having no prior experience in the field," said Capt. Rohanneet Singh Raina, adding that instead of setbacks owing to apprehensions, he went ahead with the project and received huge love and support.

He stated that he also received ample support in taking approval on Non-Scheduled Operator Permit from MOCA. "I am thankful to everyone, especially the support system set under the guidelines imbued by Hon'ble PM Shri Narendra Modi Ji. He is a visionary, and I hope that someday I will get the opportunity to meet him," said Rohanneet.

While talking about the KAS project, Capt. Rohanneet affirmed that earlier, the business model for KAS included the purchase of Super King Air B200 (10 seaters corporate jet). However, he could not purchase it due to its unavailability in India. To counter this, he purchased Piper Seneca (PA-34), a six-seater multi-engine aircraft.

Talking about his struggles, Rohanneet said that he lives in Delhi along with his grandma.
"Although my mother has played a significant role in making me reach this far, I consider my grandma as my biggest inspiration," said Rohanneet, continuing that he accrues learning pragmatism from his sister. She lives in UAE and works as HR Executive at a prominent hotel.

"During my free time, I enjoy playing golf which was otherwise left out," he said and added, "I love and worship my people who have been my strength all along, and I received huge support from everyone in my motherland.

There are always two sides. Believing that there are two sides to a coin & to reach glory, he has faced different circumstances, great advice, support & sometimes criticism.

"All of these things have helped me along the way & I've learnt to take constructive criticism," said Capt Rohanneet, adding that he further intends to do social work and reach out to society.