Divyanshu also distributed rations to the needy, and also provided financial help to many students in Katni. 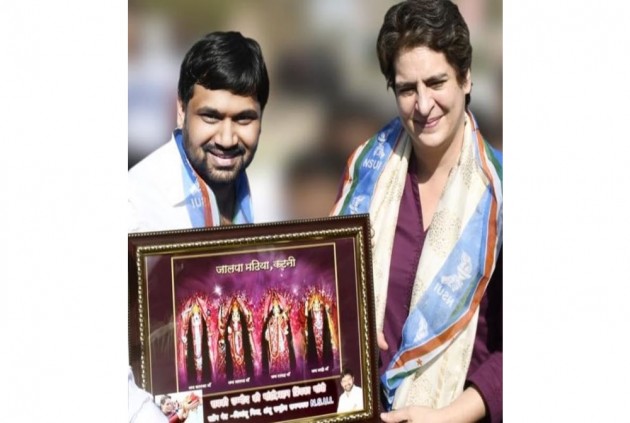 It has been more than a year since the deadly Covid-19 wreaked havoc in India, and even after several efforts to contain its spread, the second wave of the virus is currently spreading like wildfire in the nation. However, there are people who have been helping others in need during this pandemic.  One such example was seen from the small district of Katni in Madhya Pradesh – Congress student unit leader Divyanshu Mishra, also known as Anshu Mishra.

From the first Covid wave till now, Divyanshu Mishra Anshu is trying his best to help the needy – From building roads to installing CT scan machines and providing oxygen cylinders and medicines to needy people.

He had to fight a long battle to get a CT scan machine installed in the Katni district. To fulfill this urgent need, he approached the High Court. This case became famous all over Madhya Pradesh. People in Madhya Pradesh Katni also got the benefit of health services. Earlier, people had to travel a long distance to get CT scan done and also had to pay arbitrary fees on private institutions.

According to Media, Hindustan Divyanshu also distributed rations to the needy, and also provided financial help to many students in Katni. Anshu and his team are constantly providing oxygen cylinders, essential medicines to the people in Katni. Divyanshu said that our next goal would be to set up a medical college in Katni. Katni district occupies an important place in the major list of tax-paying districts of Madhya Pradesh. The establishment of a medical college has long been demanded by social organizations, political organizations, and common people. This demand was raised by NSUI through demonstrations, signature campaigns, and various other means.

Anshu said that Katni district falls in the major railway junction of the country, the establishment of a medical college here will provide relief to the people of many surrounding districts. At the same time, the students going to distant medical studies will get relief from the financial burden. If Katni had a medical college during the epidemic, thousands of lives could have been saved.

He requested the government to start the process of establishing a medical college in the Katni district of Madhya Pradesh before the third wave of the pandemic. The establishment of a medical college will create new dimensions of development in the district, along with health facilities that will also be beneficial for the common person.