Manipur is gearing up to host the third edition of the Shirui Lily festival from October 16-19, 2019 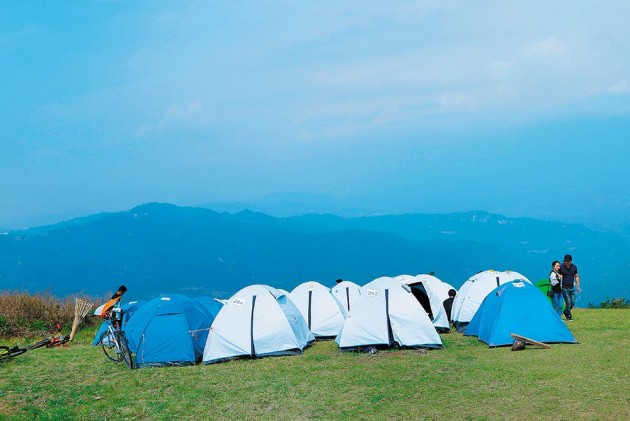 Imagine a hillside covered in pink. Droopy, pale bluish-pink bell-shaped petals that can only be found in the Shirui Hills in the Ukhrul district of Manipur. Don’t mistake the area for the famed Valley of Flowers. It is Manipur’s secret, and now, they are sharing it with the world.

The Shirui Lily is Manipur’s state flower. What makes it so special is that it has never been successfully transplanted. Endemic only to the region, at an elevated 1,730-2,590m above sea level, the Shirui Lily is rare but beautiful. 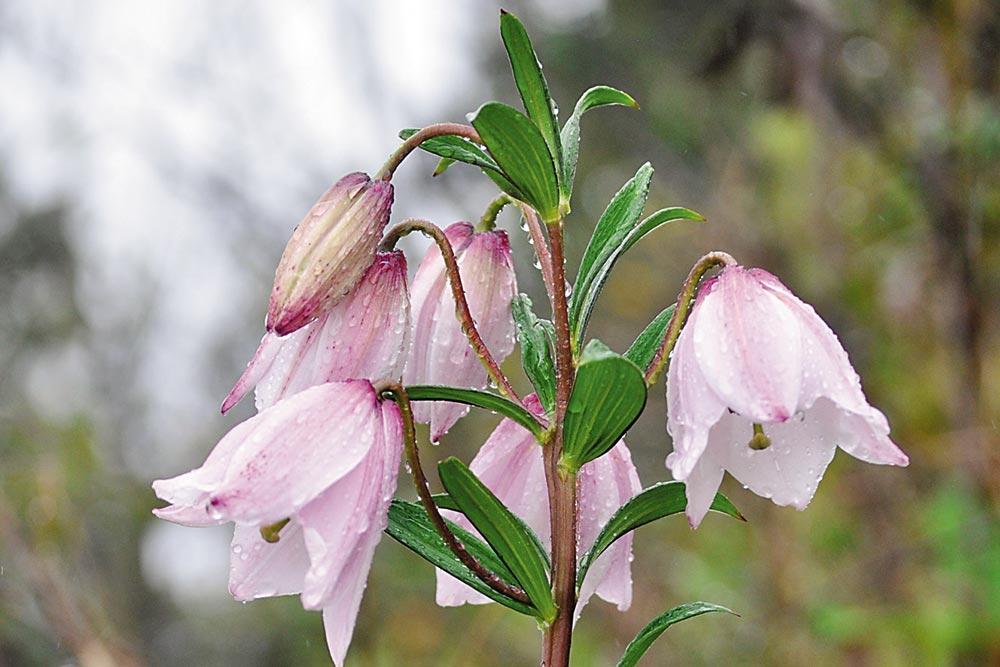 Sponsored by the Department of Tourism, the festival showcases age-old traditions and the indigenous culture of Ukhrul. Live music, cultural shows, beauty pageants, exhibits, and folk dance and games are on offer. Sports competitions like Sao Katak (top wrestling), Sao Kaphar, Saotheila and the Shirui Lily Grand Prix have also been organised in past editions. In the spirit of preserving Ukhrul’s natural heritage, afforestation and sustainable tourism efforts have also been carried out. Campers and trekkers also received curated activities as part of the festival, spread out across the Shirui Hill Range. Phangrei ,one of the picturesque tourist spot in Ukhrul is  a popular picnic spot of the locals and also attracts the tourist. Phangrei  also connects with the  Shirui Hills.  Tourists camp at Phangrei during the Shirui Lily Festival  and the campsite offers a  number of adventure and different entertainment activities to entice the tourists. The  annual international  music festival  ShiRock rocks  the Shirui Lily  Festival which promotes young talented artists. ShiRock 2017 and 2018 have been a huge success with a turn out of around 40K people per day. This year, two international Rock Bands Extreme and Nazareth  will be performing at the festival , Extreme is an American rock band, the band reached the height of their popularity in the late 1980s and early 1990s where as Nazareth  is a Scottish hard rock band formed in 1968 that had several hits in the United Kingdom, as well as in several other West European countries in the early 1970s. For tourists wanting meaningful souvenirs, Ukhrul’s residents set up indigenous product stalls at the festival. The colourful event is sponsored by  Department of Tourism, Manipur and is organised by the state level Shirui Lily Festival  Organizing Committee. 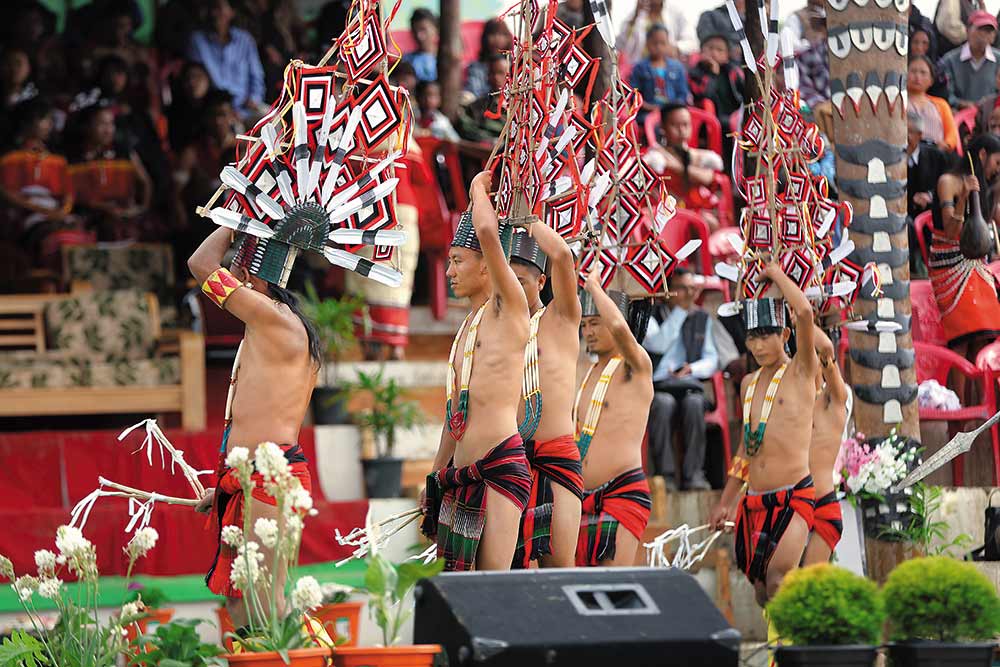 The Shirui Lily was declared as Manipur’s state flower in 1989. A postage stamp was also issued by the postal department to commemorate the occasion. Best seen in the upper regions of the Shirui Hills from the months of April to June/July, the seasonal beauty is a delight to come across. Today the area where the lilies are found is a national park.

Unfortunately, the Shirui Lily is endangered today. Intensive activities trekking , dumping of waste, and plucking of the endemic plant have threatened its existence. However, conservation efforts are ongoing.

After two successful editions, Shri N Biren Singh, the Hon’ble Chief Minister of Manipur announced the third Shirui Lily Festival from October 16 to 19, 2019 to attract tourists and spread awareness about the state flower. Sought to be organised in May during the blooming season, it had been postponed due to the Lok Sabha elections. The festival was last held in April 2018 and had attracted a lot of tourists from India and abroad.

Like the last two editions, this year the festival will be celebrated with much pomp and fanfare. With live music performances, cultural shows, folk demonstrations and dances, food and gaiety, the state is ready to welcome all to Ukhrul.

Ukhrul is connected to Imphal via NH150. The passenger bus from the inter-state bus terminus near Khuman Lampak plies daily. The Bir Tikendrajit International Airport is connected to almost all major metro cities via regular domestic flights. The state is also connected to other states by road via Guwahati-Dimapur. 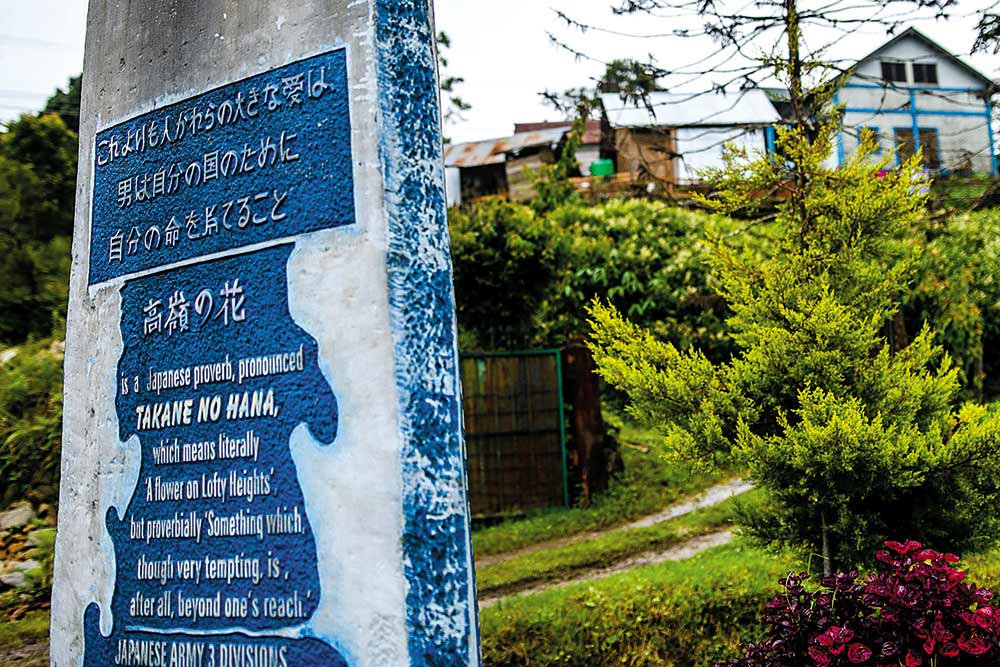 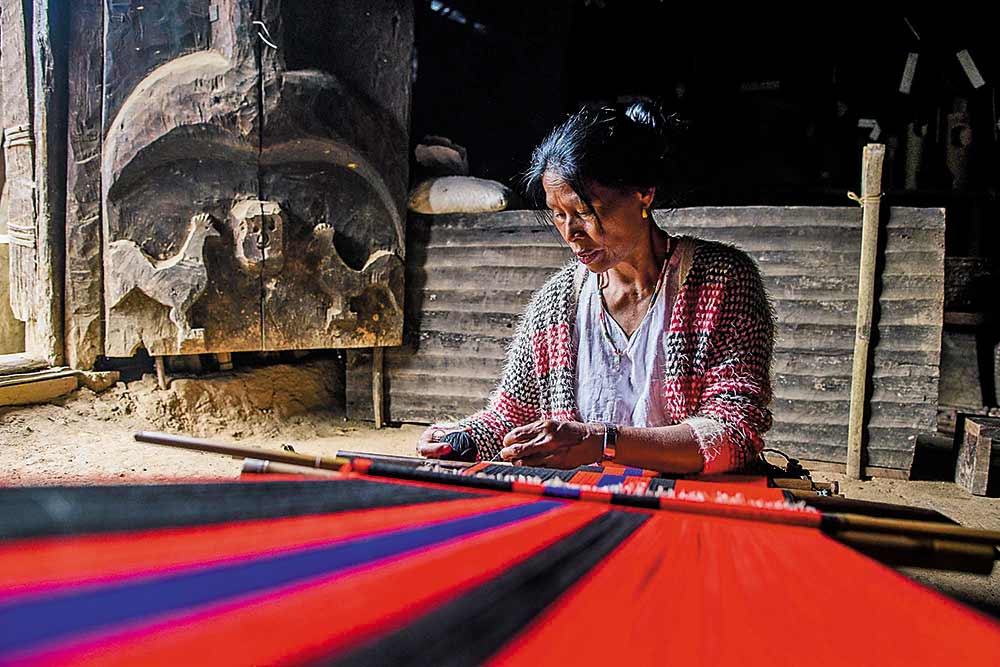 In this picturesque village, head straight for the residence of K Rinkahao who has single-handedly put together an elaborate museum of his tribe’s wood carvings and artifacts (including skulls and skeletons from the head-hunting days) at his house. 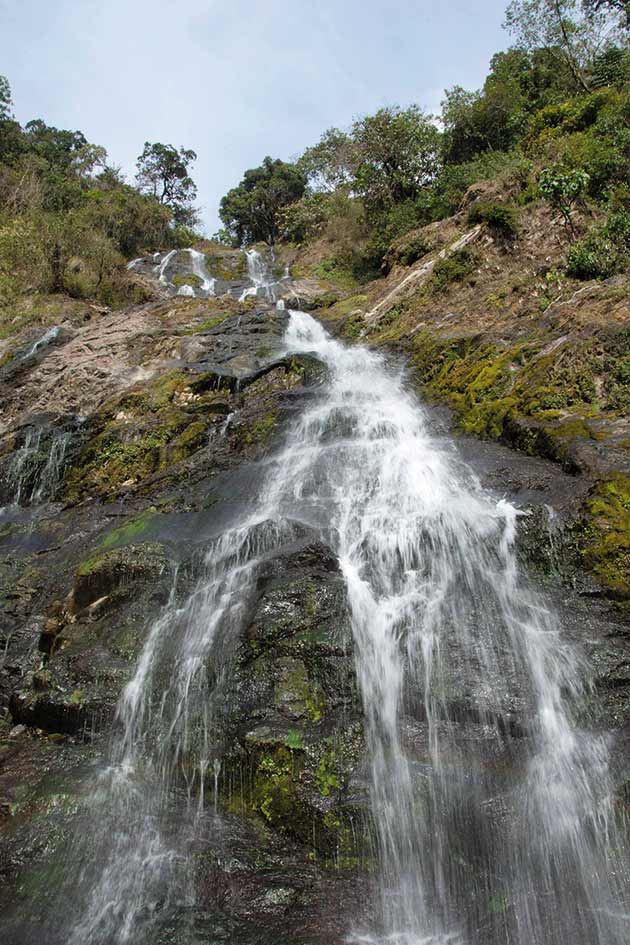 Also known as the Telly Falls, this is a majestic cascade of over 700 ft in the jungles of Ukhrul.  The Khayang falls are located near the Indo-Myanmar border, and it can take travellers up to a week of trekking through the lush vegetation and river crossings to reach these remote waters. 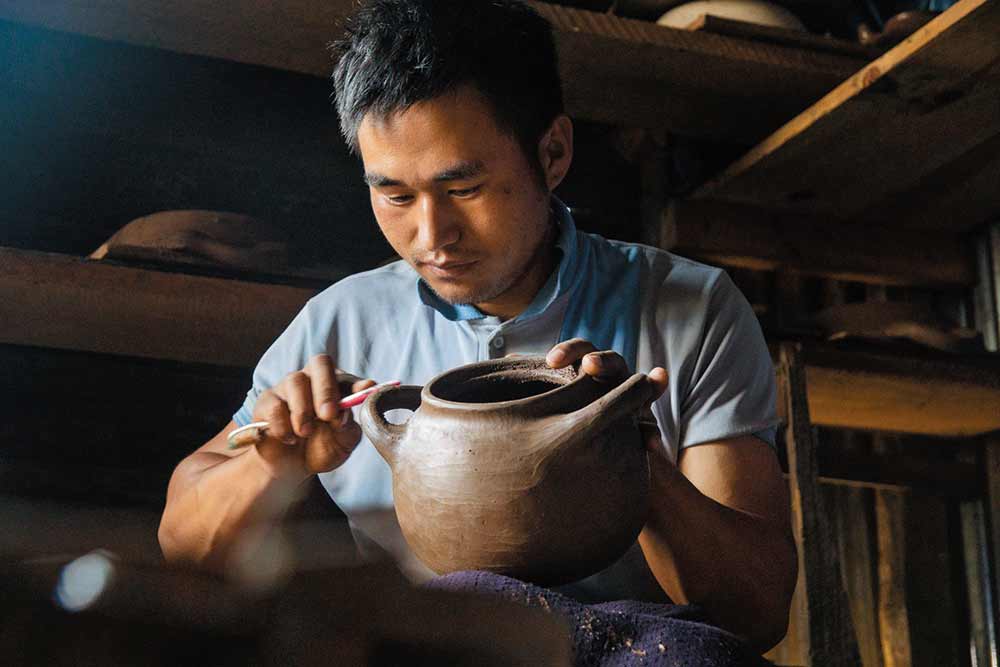 This is where Manipur’s beautiful black pottery comes from. The magic ingredient is a powder made from a smooth slate-like stone that is only found around these hills. 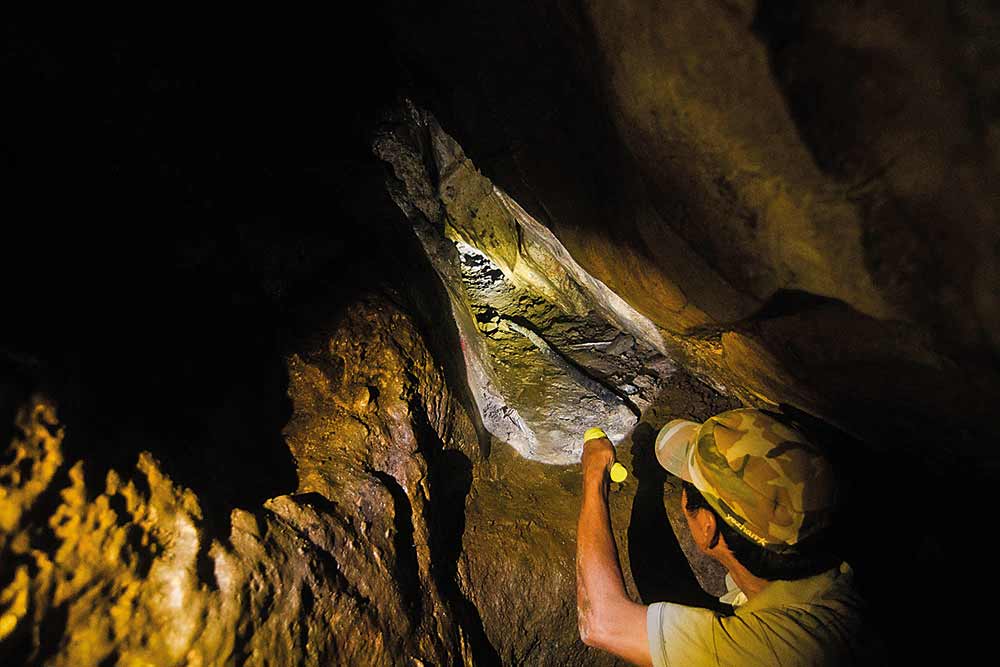 The labyrinthine Mova Caves, in the middle of a lush forest with a river gushing past one of its many mouths, is a great campsite to end a trek. Paleolithic caves at Khangkui date back to the age of cavemen. Khangkui is also close to a WW2 site where the Japanese entered Manipur from Burma. 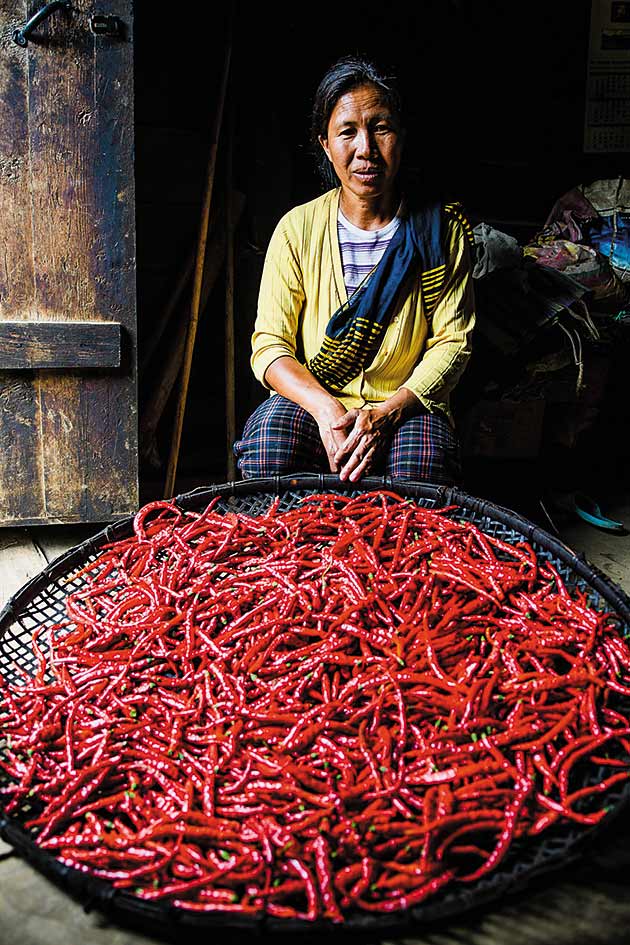 Most food in the area is made with high-quality organic ingredients that get slow cooked to perfection. Kachai village boasts a unique lemon that grows nowhere else, while Tului has Manipur’s best garlic. Ukhrul, like most of the Northeast, grows the King Chilli, once the hottest in the world, but Sirarakhong village grows the opposite. The endemic Hathei is an aromatic chilli known for its fragrance over pungency.

For more information, visit www.manipurtourism.gov.in. You can also sample updates on
Instagram (@manipurtourism) or via Facebook (@visitmanipur).