Be it hiring over 300 employees during the pandemic or looking to invest a million dollars in startups, Apinventiv has earned the reputation of an industry trailblazer. 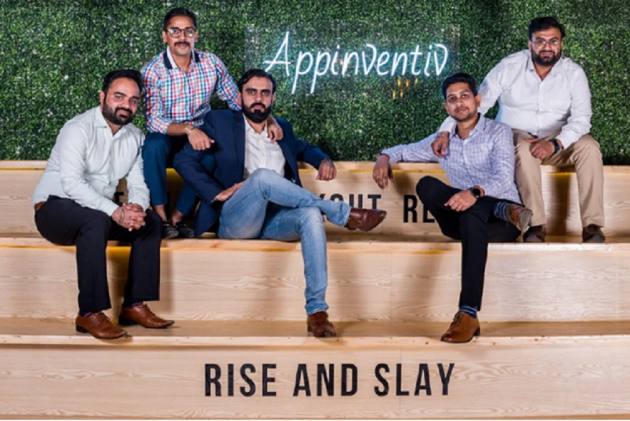 The retail and service industry has drastically evolved over the last decade, with D2C online communication and technology changing all the rules – especially with the pandemic forcing the bulk of businesses to move online. Nowhere is this more apparent than in the world of digital product development, where creatives and innovators, not just programmers, act as agents of change.

Bullish in its growth, the industry demands reliability and the ability to innovate, adapt and envision the next big thing. Paving the way forward for the industry is Appinventiv, one of the world’s premier names in product development.

The company has earned a reputation as a pathbreaker – by first going on a massive hiring spree (over 300 employees) in the middle of a pandemic and now, by virtue of being a six-year-old bootstrap startup that’s planning to invest up to a million dollars (US) in as many as five startups!

All this, while ensuring growth for its current employees as well, offering an industry-leading three rounds of appraisals in just 15 months, with a 22 per cent average increment.

Saurabh Singh, director and chairperson at Appinventiv, along with fellow directors Sudeep Shrivastava, Prateek Saxena, Peeyush Singh, Dileep Gupta, have made clear their intention to accelerate the growth of the company via the acquisition route.

This strategy has already been set in motion, with the company’s leadership quite positive about closing a deal with one of the startups as early as Q1 FY2022. The nature of the investment will be a mix of both debt and equity, as per Appinventiv’s internal reports.

The company is pushing to invest only in technology-based and digital startups, given the unprecedented rise of technology-based product development and implementation in businesses of all kinds, as per the current industry algorithms.

Explaining the company’s inclination towards startups, Director Saurabh Singh said: “Investing in startups is beneficial as well as important as startups are on the cutting-edge of problem-solving and innovation, fueling the discovery and popularisation of life-changing solutions that larger firms are unable to envision or bring to the forefront.”

In line with its hunt for innovators, the company launched a pioneering campaign for its employees where each one of the ‘Appinventors’ got a chance to become an entrepreneur and build a million-dollar startup funded by the company with a sustainable idea and a POC.

The company has also upped its hiring drastically in recent months, on-boarding 300 of the very best in the industry in just the last six months. With a plan to match the pace of its exponential growth, the company is looking to hire around 400 more.

The timing of the decision to expand, especially in the aftermath of the pandemic when businesses worldwide are struggling, is a testament to Appinventiv’s success and speaks about the infinite opportunities at the company for dreamers, innovators and future entrepreneurs.