Luca Diddi - player, coach, match analyst and digital entrepreneur, has continually put his results-oriented approach at the forefront of developing definitive ideas for the sports community. 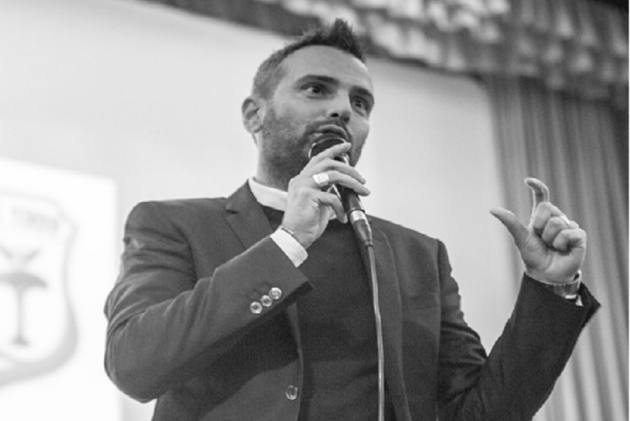 A young boy in the beautiful city of Florence dreamed of transforming the sports landscape and excelled four times.

Luca Diddi - player, coach, match analyst and digital entrepreneur, has continually put his results-oriented approach at the forefront of developing definitive ideas for the sports community.

When Luca got one step closer to his dream, he faced his first hurdle in the form of a physical injury, but that didn't stop his passion and love for the game.  Diddi as a coach, has coached the Carpi Calcio team, and it is then that he understood the need to promote national talents, the intensity of the need to provide them with enough visibility to make great things happen.

Luca's journey has taken a new turn, only this time his passion has not brought him to the field, but in an entrepreneurial setting.  Diddi's determination helped him conceptualize and an ultimate business idea that encourages young talent and assists them in exploring brand management to a whole new level.

At 42, Luca has been on a value-adding spree. His idea of assisting players in their overall growth on digital channels has been well received; in his entrepreneurial journey, he has collaborated with various players.  Luca being a goal-oriented leader, believes in the retraining of talent by encouraging it through digital means.

Leaders often jump on being a team player, but this is not the case with Luca: being in the sports industry himself, he knows the difficulties that are complementary to the journey. This is his contribution to his organization in every phase.  His journey is a means of motivation for those who wait for things to happen and those often left in the dark in difficult times.  Diddi, even in the hardest moments, never gave up; his approach to the sobs that came to meet him roars with strength and determination.

That young boy who dreamed of transforming the sports landscape had only one goal, but despite the setbacks, he continued his path by changing direction, taking on new roles.  Lucca is undeniably on its way to reshaping the landscape as best it can, guiding young people and constantly adding value to their milestones.

Luca Diddi's journey from being in the field to now on the corporate board of directors can also be your journey.  If you choose to follow your passion, be determined and never lose your spirit, you too can do it.  On this journey, you need to be a team player and follow your heart.  This fundamental principle led to the conception of "Ignorant Footballers", his main project, aiming to bring the best to the table for his customers.

The essence of his determination towards sport is also quite evident in his work, Calciatori Ignoranti has always seen to go one step further for their clients, helping them to sign the largest contracts and additional 360-degree services in various sports.

Diddi has always stood up in difficult moments, always aiming for the bigger picture. His determination and passion have made him a man of action, not just a dreamer.  If you are passionate about something, give it a chance.  It is worth a try. This is Luca Diddi's path.