Gautam Kulkarni: A Photographer With A Unique Concept Called ‘Pictureforpicture’

Giving Back through Photography 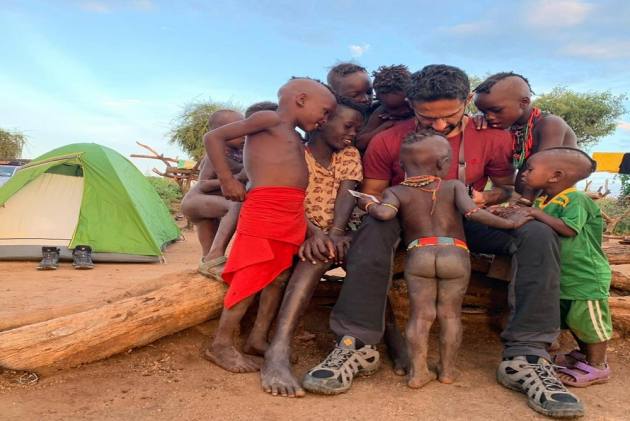 They say a photograph is worth a thousand words. It holds within it memories and emotions of times long gone but is also a reminder of a lived life. Photography has become immensely popular and mainstream over the past ten years, and sites such as Instagram have given us a platform to showcase the creative side in all of us.

However, there are some for whom photography is more than taking a good picture. We spoke to multi-millionaire businessman, photographer, extreme traveller, and philanthropist Gautam Kulkarni about what drives his passion for using photographs to spread happiness and tell us a little about the book he has recently published “pictureforapicture”.

Gautam says that pictureforapicture has given him something more precious than what money can buy: connection. The hospitality and friendship he has received from some of the poorest people living in less than basic conditions and remote tribes with no real possessions except what nature offers them have shown him that we all can give back. Even though it may appear that these people had nothing on the surface, they always had love, friendship and stories to give back and, on several occasions, even food and shelter, even in their meagre conditions.

The book is a beautiful mix of portraits of people smiling and happy to receive something back that many of us take for granted, a photograph. Gautam’s photographs stir an emotion of connection with the rest of our human family and show us that we are more similar than we think, no matter where we are. This connection led him and his wife to set up their charity called the Kara Foundation, which has funded several education and healthcare projects in India and Nepal.

Picureforapicture is available on Amazon and Kindle and is published by Notion Press. Gautam’s Instagram handle is #hobograph, and Groundwork manages his social media.