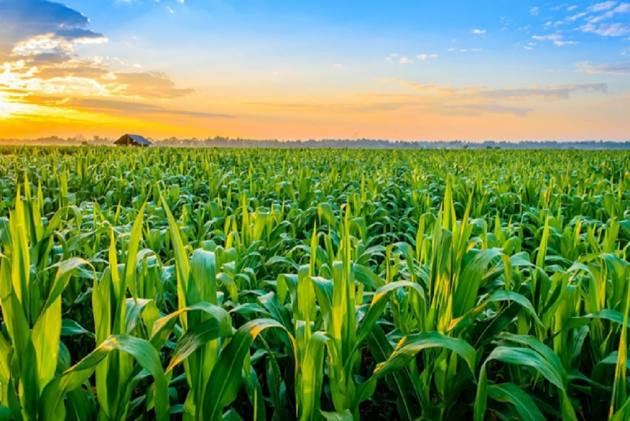 The United Nations, Food and Agriculture Organization stated that 75 per cent of all plant genetic diversity had been lost to agricultural changes over the last century. Moreover, one-third of the leftover 25 per cent is forecasted to go extinct by 2050.

The need for sustainable and cautious use of plant genetic diversity worldwide is direr than ever. It is the bedrock of food security in a world dealing with multitudinous challenges and a surging population expected to reach 9.9 billion by 2050.

Genetic diversity is the aggregate of all the genetic characteristics in species, varying in different genera. These variations in the gene pool allow the population to adapt to the changing environments, thereby increasing the rates of survival and food production.

Jack Harlan, a botanist and agronomist, once said that in regards to the genetic diversity within plant species, it "stands between us and catastrophic starvation on a scale we cannot imagine."

According to Dr. Suman Sahai, Director of Gene Campaign, an NGO dedicated to making agriculture sustainable and climate-resilient, "Conserving crop genetic diversity is conserving the gene pool that exists today, for future use. Such genes could be effective in providing resistance to new pests and diseases. Certain other genes could help breed crops that will tolerate the higher temperatures that are happening with global warming."

Furthermore, she stated, "Genetic Diversity is the farmers' biggest insurance policy against challenges, the worst of which is currently climate change. Having access to a repertoire of crop varieties to choose from means the farmer will almost always find a variety for a particular situation. If, for example, the rains are late, they can cultivate a short-duration variety. If not, a long-duration variety with other beneficial properties can be cultivated. If we don't save our crop diversity and its genes today, we will have no solutions for the crises of tomorrow."

The most successful and extensively publicized example of genetic diversity in disease containment is the rice blast in China's Yunnan City. The wet, cool climate of the province furnishes highly conducive environments for rice blast epidemics. Farmers before 1998 were forced to use harmful fungicides in every cropping season to procure sticky or glutinous rice successfully. To minimize farmers' dependence on harmful agrochemicals, a group of scientists from Yunnan Agricultural University (YAU) and the International Rice Research Institute (IRRI) administered a project to control the rice blast by bringing genetic diversity into play.

Yunnan's rice interplanting system demonstrated the possibility of fusing traditional and modern rice varieties to contain the blast outbreak, procure acceptable yield, and facilitate high incomes and food security for the rural populace. The example has also laid down the most effective way to apply a technology to actualize a concept by strengthening the thread between research, extension, policymakers and farmers.

On the other hand, in an attempt to bolster diversification in India's agri-food networks, various programmes on horticulture crops, oilseeds, pulses, and the newly launched National Palm Oil Mission are being implemented.

The 2021-24 Action Plan laid down at the BRICS Agriculture Research Platform proposed 'conservation and promotion of agrobiodiversity for nutrition and sustainability as a focus area.

The National Gene Bank of India, the second largest in the world, was established in 1996. It holds a collection of 4.52 lakh accessions, of which 2.7 lakh are of Indian crop varieties, and the rest are seed samples stored by other countries. The National Gene Bank was renovated and made state of the art in August 2021 to ensure the collection's longevity.

India also houses one of the 16 international Gene Banks in Patancheru near Hyderabad. This Gene Bank has the mandate to conserve the genetic diversity of the major and minor millets and some legumes like chickpea, pigeon pea and groundnut.

In addition to these formal brick and mortar Gene Banks, some organizations have established field level Gene-Seed banks in partnership with the farming community. Gene Campaign had established several such Zero Energy Gene Seed Banks in Jharkhand to conserve the genetic diversity of rice at the village level. Most of this rice collection is backed up in the National Gene Bank as well. Gene Campaign and the local community were accorded with the 'Genome Saviour Award" by the Government of India for the conservancy work at the national level.