Hard Work Is The Key To Success: Actor-Director Aarun Nagar

Aarun Nagar is an actor-director with qualities that sets him apart from the rest. 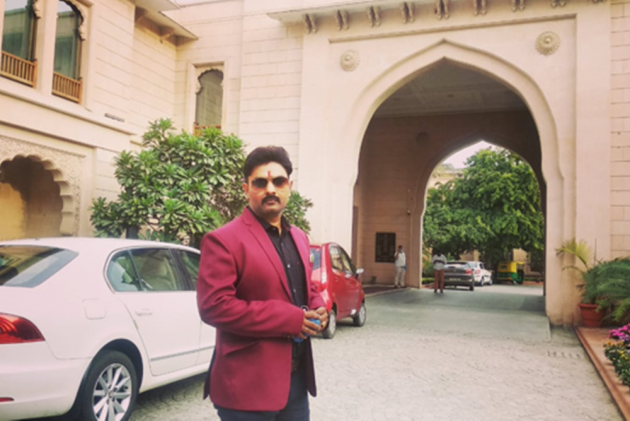 Filmmaking is an art form and the filmmaker is an artist whose creativity knows no bounds. They must first be actors in order to make the right path decisions. The director is like a ship's captain who sees the film's vision well before anyone else.

Brought up in a village called Dujana, District Ghaziabad, Uttar Pradesh, Aarun Nagar is an actor-director with qualities that sets him apart from the rest.

Nagar comes from a farmer family, his grandmother was the Pradhan of his village. Coming from a farmer’s family he got his early education from Shri Gandhi Inter College, Dujana and later shifted to Delhi. Where he completed his graduation from the Delhi University.

He went to Mumbai in 2003 to try his luck in the film industry because he was interested in it. As we all know, getting a position in the industry is difficult, but his good fortune landed him a job as an Assistant Director in the television industry. In the same year, he made his acting debut in the lead role of Sri Sai Baba, a TV series based on Sai Baba's life.

He didn't look back after that, and he received more offers to appear in various TV serials. He appeared in about 25 TV serials on various channels, including Star Plus' ‘Kaali ek agnipariksha’, Sony's ‘Seven’, Sony's ‘Kismat’, DD's ‘Vaseeyat’, and Star One's ‘Dhoondh Legi Manzil Humein’.

He was recognised by many filmmakers in the industry as a result of his relentless hard work. As a result, he was cast in a number of well-known Bollywood films. He starred alongside Raghuveer Yadav, Shakti Kapoor and Aditya Pancholi including many other celebrities in films like "Bhouri." He has consistently received positive feedback for his roles in films including "Semshook" (2010), "Children of War" (2014), "Gurjar Aandolan" (2014), "Uvaa" (2015), "Bhouri" (2016), and "Risknamaa" (2019).

He made his directorial debut in 2014 as a Producer, Writer, and Director in the real-life epic drama ‘Gurjar Aandolan' (2014), under his own banner “Kirti Motion Pictures,” which was banned by the Rajasthan Government due to issues focused on the real-life ‘Gujjar Agitation' that occurred in Rajasthan in the years 2007-2008.

But that didn’t deter Arun; instead, he worked hard and planned his next film, ‘Risknamaa,' a controversial love story about two brothers in which the elder brother falls in love with his younger brother's wife. It was released on the March 15, 2019, to widespread critical acclaim, as well as critical and commercial success.

Aarun, because of his films on social issues, through which he aims to spread positive messages in the society, has been honoured by Rajya Sabha MPs Mr Vinay Sahastrabuddhe and Dr. Vikas Mahatme, as well as Information and Broadcasting Minister Mr Prakash Javadekar.

After having starggles as a newcomer himself, Aarun consciously tries to give most newcomers a chance in his films, allowing them to make a living. Many artists have been able to work in superhit films such as URI and Mumbai Saga as a result of having a chance in Aarun Nagar's films.

“Have faith in your skills and believe in yourself. One can't be good or satisfied unless they have a modest but fair faith in their own abilities”, says Aarun Nagar.