Hyperlink Infosystem: Ahead Of Its Time

Since its inception in 2012, Hyperlink Infosystem, under the able leadership of its young founder Harnil Oza, has developed more than 2,000 apps for a wide range of industries – right from restaurants, healthcare, transportation, to gaming to social dating, and many more to emerge as a leading app development company in the world. 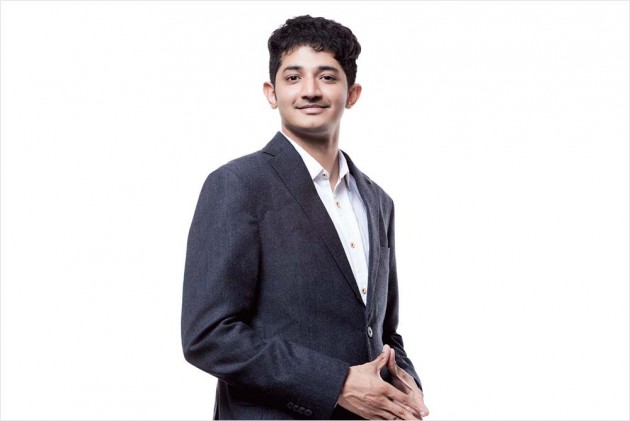 Could there be anything common at all to things as diverse as Papa Johns Pizza Delivery App, O21 Foods online food delivery app, Hi Oscar on-demand taxi app for Australia, Art Smiley website to buy and sell art, and a maze of apps, online games and much more? We found our answer in the 29-year-old Harnil Oza, the human mind behind the technologies.

“I was 21 and I got my first order worth Rs 7 lakh to 8 lakh in dollars and I did not even have a bank account,” Harnil recalls. His first order aroused confidence in his father Bhargav Oza that his son was onto something serious. It was then that his company, Hyperlink Infosystem was founded. Since back then in 2012 to until now, Hyperlink Infosystem has come to be adjudged the best mobile app developer in the world, the honour coming from the celebrated Clutch ranking agency.

What prompted you to start this business?

It was in 2009, or probably 2010, that the first I-phone4 was launched, while Android was introduced as a subject in MCA courses. I quickly realized this would be the future going forward, and a phone would do everything a computer does. I started web and app development work from my home. Within 15 to 20 days of informally starting this company, I got the first order of worth some Rs 7-8 lakh and it was in dollars.

What kind of challenges did you encounter initially?

The challenges I faced where all outside of my domain of IT (information technology) engineering. I needed to buy the domain online and the servers and I needed a credit card for it, which I didn’t have. Nobody would issue me a credit card at the age of 20. At that time, you could not buy from a debit card. This may sound easy now but some nine-10 years ago, it wasn’t. I did not even have a bank account to receive money from my first order worth Rs 7-8 lakhs in dollars. In my case, the orders first started pouring in, and then the company came into being instead of the other way round.

We started work in India only six months ago, otherwise our business was all abroad. Since 2017, we have had an office at the One WTC in New York and we are expanding in the UK too. Just last year, we started in Dubai, Oman and Saudi Arabia through a partnership, since in the Gulf you need a local partner. You can say we have a stronghold in the United States and Europe. Disney and BBC are some of our prominent clients.

What are your future plans?

The plans are to venture heavily into artificial intelligence and robotics, wherein we have already done a couple of projects. We will also be plunging into home automation and the Internet of Things (IoT) as well as augmented reality (AR) and virtual reality (VR). In fact, we did some VR work with Google in San Francisco recently. In home automation, we are building wireless systems that connect smart devices like Alexa to switch boards in homes.

Mobile apps are growing day by day there is a huge growth in Mobile apps till 2025. IoT, AR, VR are the next big trends. In the next couple of years, the connected car industry will also grow. We’ll look at that too.We are also planning Robotics and Artificial intelligence which is the next future. It is important to stay relevant with changing technologies. That to me is innovation.