Harsh got introduced to internet marketing back when jio came up with their revolutionary offer of 1-year internet free. He got access to the internet for the first time. 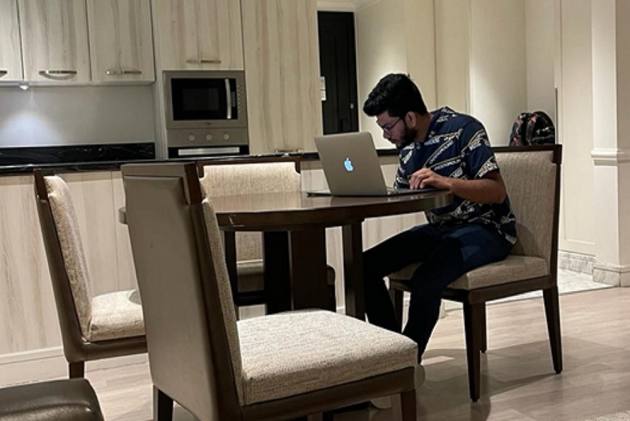 Lstmedia now newsopreneur media PVT LTD was started by Harsh Vardhan Sharma in 2018 and has grown to become a Deca-million dollar brand in almost no time.

Harsh Vardhan Sharma has also made the headlines before for his intriguing concept of “turning News into Knowledge” newsopreneur is coming up with its app working on aggregator business model aims to summarize news in the form of pictures and then to give lessons to be learned from each news which people can apply into their life.

Though that sounds compelling enough, harsh’s real success comes with his Media agency which has over 150+ clients, some big names including oppo, one plus, dream 11, etc.…

Harsh got introduced to internet marketing back when jio came up with their revolutionary offer of 1-year internet free. He got access to the internet for the first time.

He admits that he had watched 100’s videos on the topic called “make money online” tried almost everything. He had created 50+ videos and posted them on YouTube, and nobody subscribed but his family.

There was almost a time when he had almost quitted like many people.

He recalls, “thanks to a guy I met in Ranchi named Nishant, he became the motivational coach I needed. I spent good times with him sharing ideas, and he was the only one who motivated me to start Lstmedia, which later turned out to be a massive success.”

And indeed, his strategies worked!

He started an Instagram page, and he used to grow any page of any niche from 0 to 100k with almost no money and sell it for $4 to $5k, and that’s how he got started.

Well, I became an expert in building following, but the part I lacked most people lack is monetizing their audience. I went through some courses about internet marketing, direct response marketing, and Garyvee, like tom cruise of the entrepreneurial world. That’s where I came up with the idea that Gary has vainer media. I can have my agency as well and help other brands grow their followings. They know how to monetize it, and I know how to grow it, harsh added

Everybody wanted to grow their social following and because of working in a trending industry harsh added his first client in 2018 and registered Lstmedia which means Long term sales treasure which later renamed as Newsopreneur and in less than two years not only he learned how to monetize his audience he was able to add over 150 clients including big corporate and generated a mouth-watering $100 million in revenue for his clients combined.

Any piece of Advice You’d like to give from the experience of growing an Ad-agency from 0-$10 Million in 3 years?

if you don’t have enough money to spend and compete with your competition. Then Your ability to convert existing customers is what decides if you’ll succeed or not.

I learned this concept when I was studying John Paul Dejoria. He says, “never be in the selling business, always be in the re-ordering business”, harsh added.