Nation’s Long Term Vision Of Self Reliance In Defence Sector

The framework and implementation of essential policies rich culture, heritage, geography, and size have been the major positive points about the economy on a global stage. 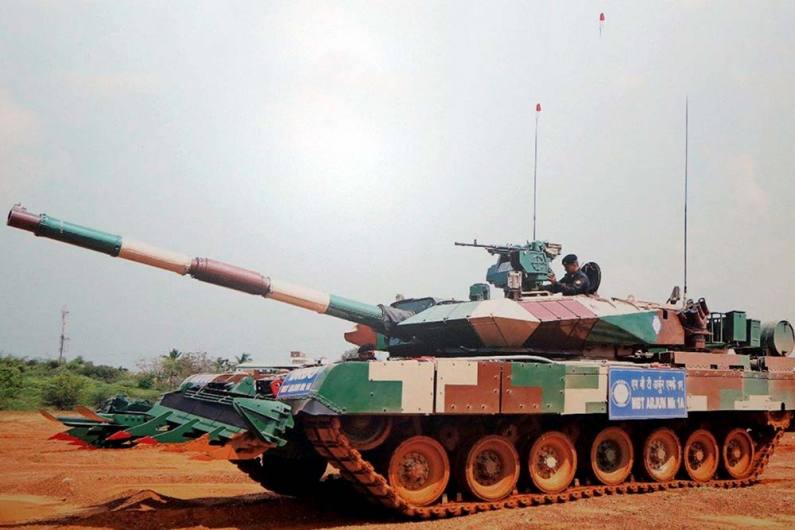 Jawahar Lal Nehru, the first president of free India, had a strong belief in the concept of self-reliance. He devoted his efforts and public presence to motivate and educate people about the importance of the economic upliftment of a country based on scientific and technological development. According to him, scientific temper can frame India's future, and it can strengthen the roots to achieve the ultimate goal of self-reliance in India.

The framework and implementation of essential policies rich culture, heritage, geography, and size have been the major positive points about the economy on a global stage. India has begun its journey on an international platform as an independent economy with its vision and leadership. The beginning of an era that leads to non-alignment. “There were speculation and concerns discussed internationally back then about the capability of the Indian economy and the response of the economy towards the international pressure.” The primary aim of the Indian Defence Policy was to self develop and be able to stand out in various departments like development, national security and industrialization.

Self-reliance allows an economy to take necessary help from the international market, which is not seen in the case of self-sufficient. The more progressive way to development is by becoming self-reliant rather than staying in the disbelief of being able to stand out with rigid ways of self-sufficiency. Liberalization allowed Indian industries to flourish and achieve beyond measures. The growth opportunity increased, and the shell created before 1991 got uncovered with the first initial steps to globalization. Indian defence economy was trapped under the load of acting as a self-sufficient economy. As soon as the same was removed, the true potential of industrialization was observed by other economies globally. This article will highlight the significant milestones seen by the Indian economy during the transformation period. The rich history and flourishing post-globalization of the Indian defence economy will be summarised. With the conclusion, the reader will draw a clear picture of the Indian economy in a wholesome.

In 1801, East India Company laid down the foundation of the Gun Carriage Agency adjacent to Calcutta (now Kolkata). The 18th century was a very early time for India to be able to produce arm forces. The British rule hindered the growth and production as the rulers hardly contributed to the unique opportunity's upliftment. The overlooking of the same was discouraging, and they had clear reasons. Britishers had their cheaper alternative to arrange the same from British industry at much more affordable rates. Until the 19th century, there were six ordnance factories dedicated to the manufacturing of guns. The arrival of World War II changed the scenario for the country and the rulers back then of the economy. To fight back the growing Japanese economy and hostilities in the country, sixteen ordnances were working day-night to produce 7 lakh rifles between 1942 and 1945.

During British rules, the growth was filled with obstacles. There were no steps taken to make India self-reliant regarding the Indian defence force and types of equipment. The colonial rule of Britishers limited the possible scope of the economy and had strong footprints even after the country's Independence. India was just a base camp for Britishers to address Asians and Africans. A tiny and limited number of arms and ammunition were produced during the British rule in India. The restriction of entry to factories producing arms and ammunition and no employment for Indian citizens in defence arm production factories was a neck wrecking step taken by Britishers.

Post-independence Pandit Jawahar Lal Nehru invited a special guest to comment and guide Idia about the self-reliance defence. Patrick Blackett, the British Physicist, was asked, and as per his vision, the Indian government needed industrial capabilities and financial capabilities to prepare itself for the primary requirement. He suggested India “focus on non-competitive products such as anti=aircraft guns and vehicles for transportation of defence equipment”. And he focused on minimizing the quality to maximize the profit margin over low-cost expenditure made on the same. As per his suggestion, India should dedicate its available resources towards the establishment of the aircraft industry, kurt tank, HF 24 Marut and other low ended defence equipment’s (Ian Anthony, 1992)

From Independence – Decades of 60’s

World War II created a significant demand for armed forces in sub-continents. As a result, India got its chance to utilize the battleground population to help other neighbouring countries (Samir K Sen, 2003). 2.6 million arms and equipment were available and made within the country, raising the biggest democracy with self-sufficient Indian Defence Industrialists. Delhi became the capital, and the new capital of independent India controlled all significant directions of 12 ordnance factories for low ended weapons like mortars, guns, 5-9 mm pistols etc.

Sharing borders with neighbouring countries like China was the reason behind the significant overhaul of the defence forces policies. They helped India to scale up the production in massive quantities. Military assistance received from countries like the UK ad the US allowed India to lay down the foundation for Air Defence Force. With the second war with Pakistan for protecting Jammu and Kashmir, India suffered from an economic crunch. The most challenging time facing agricultural crisis and minimal foreign exchange reserve, the country was suffering tremendously. During 50's India was facing significant hardships as supplies of arms and defence equipment drastically dropped off from western countries. The military annexation in goa of the Portuguese colony around this period contributed to complicating the relationship of the economy with the Western countries. The primary reason was the membership of Portugal with NATO. “Savior was India's favourable relationship with the former Soviet Union”, and the scope became unlimited for development in advanced technology. It, as a result, benefited Indian Defence tremendously.

Considering medium artillery, small arms and ammunition, India is very close to self-reliance. The success can be seen as India can produce tactical missiles, helicopters, main battle tanks, frigates, combat aircraft and armoured personnel carriers. But it has adversely affected the development of advanced weapon systems domestically. As per studies, India has managed to achieve just one-third of the self-reliance defence industrialism. There is a long way to go for the economy. “A study by the Federation of Indian Chambers of Commerce and Industry criticized India decided to reduce its military imports by between 25 per cent and 75 per cent by 2009-2019, and it would not only boost indigenous production but would also create 120,000 jobs and lead to a 30–50 per cent cost saving for the government. Several reasons explain India's mixed performance in defence production.”

Research and development have been a part of the defence budget, and it amounts to up to 6 per cent of the total budget.” The over-expenditure has been common in the past, and lessons are evident; India is learning to minimize the cost for the production of arms and immatures.

DRDO is the best example of self-reliance reflected by Indian Defence industrialization; it has helped to demonstrate the utilization of finance technology to define the defence system of India in future. The development of Agni and Prithvi ballistic missiles is one of the most prominent achievements to reflect the same. Indian has been among the top procurer of defence equipment in past decades.

The make in India concept has been the most rewarding realization for the Indian economy, to unleash the present capability and focus on the areas that can help create future capabilities. The country has a long way to go to create hi-tech arm weapons and types of equipment. With the clash between India and China, the country has realized the importance of framing defence policies and has made it possible by laying down the bricks to create a well-rooted building.
India has followed an incremental path towards self-reliance and indigenisation. It has achieved this through off-the shelf procurement, indigenous production of spares and other steps. But it has singularly failed to help India in the design and production of advanced weapons systems. A study argues that if India were to reduce its military imports by between 25 per cent and 75 per cent by 2009-2019, it would boost indigenous production and create 120,000 jobs.
The economy learnt its lessons after being vulnerable before Independence.

The governing parties have tried their best in the interest of the defence force, and efforts have reflected success and failure. The upliftment of science and technology has been wholesome with the economy's performance as a developing nation. Technology has backed India and has encouraged defence policies to utilize export opportunities to domestic products. Political influence over this subject has been favouring the country. Aspirants can see the scope of technology and has successfully adapted the pathway to overall growth. A mix of procurement, co-production, licensed production, ventures, cooperative development and manufacturing spare parts domestically has contributed towards the success of the Indian Defence Industry. A self–sufficient country just got the right way to self-reliance and have managed to utilize the opportunity of the ultimate aim to export the defence equipment produced in India.

(Akshat Jain is a research scholar in Neuroscience and Psychology discipline at IIT Delhi's . He is indeed a writer, columnist and a blogger. He has written books, articles, and white papers on an array of subjects and genres. His most recent book, "My Illusion, My Mistake," was dedicated to forty families affected by the Pulwama attack).