Shahnawaz is confident that this film will impact and is grateful to Punit Balan to develop this unique short film concept. 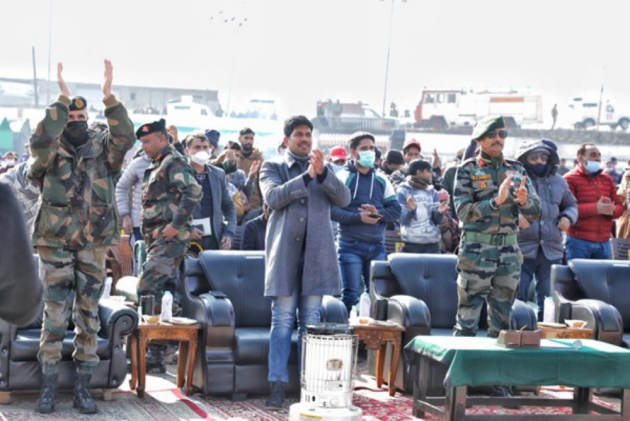 Over the past year, he has been associated with the Army to aid setup Army Goodwill Schools in the Kashmir Valley. In October this year, a first of its kind school was inaugurated in Baramullah at the hands of Lt Gen DP Pandey, GOC Chinar Corps. Indrani Balan Foundation built the entire infrastructure of the school, and indeed a unique collaboration with the Army.

Punit Balan Studios started their production with a Box Office Blockbuster, Mulshi Pattern, a Marathi film. The latest offering from the studio is a short film based in Kashmir, directed by Shahnawaz Baqal, aka Rufy Khan. An internationally acclaimed film-maker who has won accolades at the New York Peace film festival, Iran Film Festival, Najaf Film Festival, JIFF and many more. This film is envisaged towards long-lasting peace in Kashmir and collaboration with the Indian Army.

Shahnawaz is confident that this film will impact and is grateful to Punit Balan to develop this unique short film concept.

Mr Balan, who has multiple business interests, is a keen talent spotter. With the principle aim of spreading the virtues of peaceful coexistence and non-violence, the film’s gripping storyline captured by the Talented Director is a project of the Army and special support to his heart.

The project was launched on 15th December 2021 at the CHILLAI KALAN cultural event in Shopian. Speaking on occasion, Lt Gen DP Pandey was particularly happy with the film because it was centred around the vulnerable youth and the ever-present danger of them being misled by ‘White Collar Terrorists’. He appreciated the efforts of Rufy Khan and Mr Punit Balan for this initiative which can recognize and encourage musical talent amongst the youth in the valley.