Mitti Café, one of the winners of the Singapore International Foundation - Deutsche Bank Made for Good Award, shows that navigating Covid-19’s fallout and doing social good can go together. 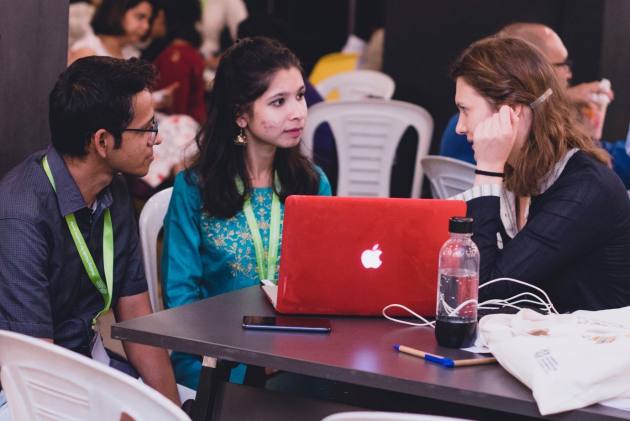 India-based social enterprise Mitti Café uplifts people with disabilities by employing them in its cafés and humanitarian missions.

An alumnus of the Singapore International Foundation’s (SIF) Young Social Entrepreneurs (YSE) programme, Mitti Café (YSE 2019) was one of two winners for the SIF-Deutsche Bank’s Made for Good Award in Singapore on 18th November. This award supports SIF’s global YSE alumni network social enterprises and celebrates their resilience in the COVID-19 pandemic.
Mitti Café had to develop new business ideas and adapt its operations quickly to meet new challenges posed by the pandemic to navigate the pandemic's fallout. In doing so, the social enterprise found fresh impetus in their business and social missions.

Mitti Café's Response to the Pandemic

It has taken the better part of a Monday afternoon in July 2021 for Alina Alam, 28, and her team of four staff members to travel from Kolkata to the village of Hasnabad in the Sundarbans. This is a region in West Bengal, India, designated a UNESCO World Heritage Site and known for its honeybee farming.

However, this is no sightseeing trip. The team distributes ration kits comprising daily living essentials such as rice, lentils, potatoes, and more. The kits are sorely needed by the Hasnabad villagers, who have been hit hard by the pandemic and two recent cyclones.

After disembarking from their van, Alina’s team gets to work quickly. The sight is a familiar one for those who know about her social enterprise, Mitti Café. Her staff members, all of whom have physical disabilities, are efficient and exude such a buoyant demeanour that it shines through their blue surgical masks as they go about their work.

Alina is one of the three principals of Mitti Café, which is based in Karnataka and West Bengal in India. The other two principals are Ayesha Alam, 36, and Swati Dokania, 41.

Their venture was started in 2017 by Alina, then a university student with a relentless drive to uplift those in her community with disabilities. She would do this by training and hiring them in a chain of cafés set up within corporate buildings and educational institutions. However, when the pandemic struck, these premises had to close, thus leaving them unemployed and potentially homeless.

Alina said: “We had 116 employees with disabilities at the time, and we were struggling to figure out how to pay their salaries.”

The social enterprise sprang into action. To keep the business running and café staff employed during the ensuing lockdown, they had to rethink their business strategy. In early 2020, they moved their cafés to public spaces and healthcare institutions with foot traffic and reallocated existing funds by donors toward disaster relief initiatives. This included the distribution of sponsored rations to the needy such as those in Hasnabad.

These new initiatives helped Mitti Café to ride over the pandemic’s economic bump and turned into a great humanitarian drive with more than 25,000 ration kits distributed by July 2021.

Another initiative – Mitti Café’s “Karuna” or compassion meals – has also grown into a new permanent pillar of the company’s social mission. With each Karuna meal priced at 25 Indian rupees (approximately 0.30 USD), the revenue covers the cooking, packing, and distribution of the meals, as well as the salary of their staff. This initiative also successfully raised enough funds to distribute more than two million meals to the pandemic's needy.

The Roots of Mitti Café

Alina remembers the moment the spark for Mitti Café was ignited – during a class in college while watching a documentary film about the Roman emperor Nero.

The film told the story of the infamous Nero burning prisoners during a party to the cheers of his guests. She said: “It was at that moment when I realised I had been as one of Nero’s guests. If you feel something but are not willing to act, you have taken the side of the oppressor. It was something that I could not continue to be.”

She came up with a simple business model to empower her community: She would partner with organisations willing to sponsor the set-up cost and provide space in their premises to start a café. She would train and hire people with disabilities to run it.

Despite numerous challenges posed by the pandemic, Mitti Café now has 16 outlets, 136 staff, and partners, including major corporations such as IBM, Mercedes-Benz, ANZ Bank, Infosys, Wipro, and Capgemini.

But her biggest pride, Alina says, is to uplift their differently-abled staff and champion disability inclusion.

She says the journey of Mitti Café has been fuelled by the generosity of the community and the invaluable lessons she has learned. In particular, she remembers a piece of advice from a mentor she met while attending the SIF’s YSE Regional programme in Bangalore in 2019.

She says: “The mentor told me that I have to be my competitor as an entrepreneur. It made me realise I have to keep my ego at home and that, every day, I can do something better. Since then, I constantly remind myself of this advice to continuously improve and innovate the ways to run our social enterprise.”