Role of astrology in our life: Dr. Vinay Bajrangi 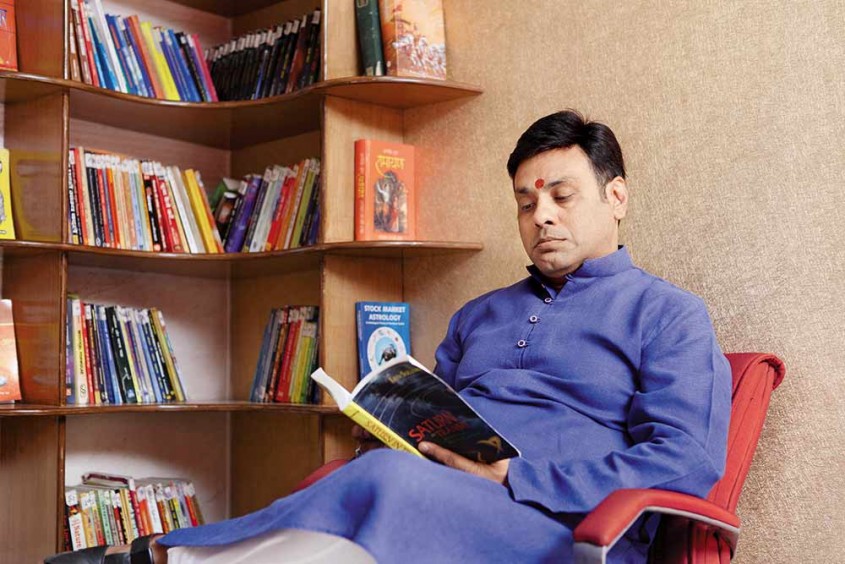 Vedic Astrology is an ancient & well-proven science but then why many believe and many do not believe in astrology. Why Astrology seems losing importance in modern times? What is the role of astrology in our life and does astrology really work? These were some questions on which we interviewed Dr. Vinay Bajrangi, one of the best astrologers in India. Apart from holding Post Graduate degree in Engineering, he also holds PhD in Astrology, so we thought he would reply on a scientific basis.

Q -Why many say astrology is fake?

Absolutely a logical question. Many may say why I should consult an astrologer when everything is fine as per my plans and karmas. Here I would only say precaution is better than cure, and being confident with certainty is better than being over-confident with uncertainties. Your birth chart is a combination of planets & planets keep changing as per Gochar( transit) and Dasha. You spend periods working on your business plans then why can't you spend a few minutes checking what the stars have in store for you. I would say all take some important decisions in life like career, marriage, business, expansions, buying and selling property, or making investments. At such stages, spending a few minutes with a good astrologer to gauge what planets have to say about those decisions can make a lot of sense. Mind you, astrologer is only a guide, so treat him like a guide than a person who can sail you out, once something adverse has happened. Because in such a situation, you are left only to follow rituals and remedies. Why meet an astrologer only in difficult times? Meet him in the times when you are doing the best so that the best times remain forever or for a longer duration of time.

Question: Why do many not believe in astrology? Why there are non-believers of astrology

Dr.Vinay Bajrangi: Everything in this world has some opposition. Astrology is no different. But, one thing is for sure that it happens once in life when even the strongest of astrology opposers look towards it with a ray of hope. I have come across many who used to mock this science, but later astrology was the only ray of hope for them. A well known successful Doctor was a firm non-believer in astrology. He had everything that one would ask for in life, a square family, loving kids, financial stability, and other things. Being a good friend, he often used to make fun of astrology and would say that he was a believer in Karma and that it was only Karma that has brought him where he was. As it could start unending rounds of heated debates, I always chose to remain quiet. As the luck would have been, he was diagnosed with multiple types of leukemia (Blood cancer), affecting him concurrently. He had access to the world's best treatments and also a supporting family. But all the treatments were not proving worthwhile as the disease relapsed time and again. Lastly, even when the bone marrow transplant did not prove useful, he was forced for an astrological reading. I was able to zero upon his correct chart with great difficulty as his time of birth was disputed.

His chart showed that he was attacked by a triple Markesh (killer-lord) and, if he survived the onslaught, he was to remain in that situation for six more months. He succumbed to the disease in three months from the date he had shown the chart.

Here the Doctor, a firm non-believer in astrology, was forced to take on to astrology. After him, whenever I meet someone who speaks ill about astrology, I pray that his faith in non-believing science should remain intact, as it may take a lot from him to convert him to be a believer.

Another point very bluntly I say that in many cases where people don't believe in astrology is to "blame the astrologers" who only focus on negatives in a birth chart and counsel only astrology remedies.

DVB: I am not against astrology rituals and remedies. Rituals or remedies are an essential part of remedial astrology but going through mindless rituals one after the other is what I am against. I have come across scores of people who blatantly rely upon the rituals to come out or correct an unfavorable position. But, rituals are more of oaths that one takes to correct the karmas and not the medium which could appease the Gods to pull the native out of the negative situation. Many people consider the Gods to be the worldly beings who could be pleased by offering gifts etc. They forget that the almighty cannot be pleased by those things that He only has given to them. Through the horoscope, the lord points out a flaw in the Karmas, and also, He tells about the timings when this flaw will induce the negative period. Therefore, it is now for the native to address the flaw adequately by incorporating the changes in the Karmas.

Q: So you emphasize on – the role of Karma in Astrology.

DVB: Yes, the role of Karma in astrology & Karma correction is the mother of all remedies. What Karma corrections are warranted and what to undergo comes from an able astrologer. A learned astrologer can know the nature of deficiencies the ill-placed planets have induced in an individual. By knowing which planet has induced what deficiencies, the necessary Karma correction can be advocated. But again, it cannot happen without commitment and supernatural help. You undergo the required karma corrections while making a promise to the almighty and keeping Him a witness of the transformation you undergo. The rituals help the individual to stick to the path and also helps in monitoring the progress.

Q: how to check if an astrologer has good knowledge – of whatever you have said.

Normally an astrologer faces general life questions from his clients, and he, therefore, does not sufficient experience in reading these issues. An astrologer becomes proficient in dealing with a situation if he has gone through at least two thousand horoscopes of the same issue.

You can very well understand that these many horoscopes of each problem would lead to a mammoth figure. So, before allowing the astrologer to lay his hands on your horoscope, you should be sure of his capabilities and experience.

Q: Finally, how to find good astrologers - with such experience and capabilities?

DVB: How to find a good astrologer depends on your skills also. You should check the achievements the astrologer has acquired over time, like the fan following, the client experience, and other social mediums other than their own social handles. Each of these criteria is important to give a glimpse of the astrologer's capabilities. The longer the astrologer has been in foretelling, the greater the chances that he will be better than the most.

Here I would caution you that you should not consult an astrologer who does not give importance to accurate birth time and does not focus on your past life readings.

These were excerpts of an Interview Outlook India had with Dr. Vinay Bajrangi, a famous Vedic astrologer in India on the issues no astrologer would dare to speak about. He also You can connect with him through the website https://www.vinaybajrangi.com/or can call at 9278665588 or 9278555588