Sarvedyam Is Bringing The Traditional Kulfi Back

Founder Shubham Agnihotri, said that the brand of Kulfi and Frozen Desserts is being launched in the entire Maharashtra under the name of Sarvedyam - Desh ki Mithaas. 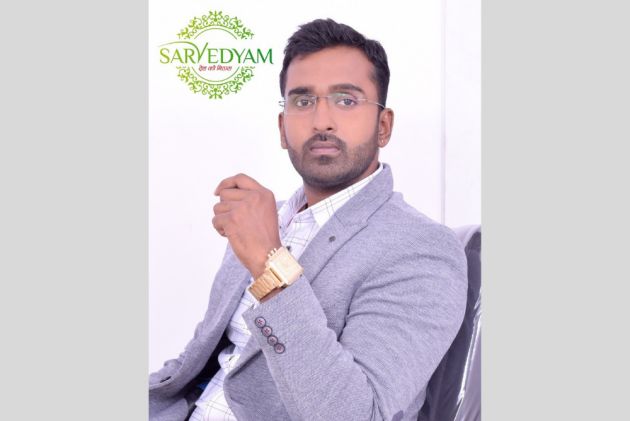 The situation after pandemic has forced business owners across the world to sit, relax and reinvent the business strategies to cater to the changing consumer mindset. For Sarvedyam, a brand who changed the scenario of milk supply is now launching a range of traditional kulfis and other frozen deserts.

There is a saying that “The best way to predict the future is to create it.”. This saying fits well with Shubham Agnihotri of Wardha district who is doing wonders in his milk supply venture.

Today, where there has been a decrease in jobs in the whole country after Corona. Young generation is worried about their future. In such a situation, the coming forward of youths like Shubham is commendable.

Shubham Agnihotri, Founder, “Sarvedyam” said that the brand of Kulfi and Frozen Desserts is being launched in the entire Maharashtra under the name of Sarvedyam - Desh ki Mithaas. These products will be manufactured at the factory located in Wardha and then will be distributed across the state through company's owned cold transport. He said that he will pay a lot of attention to the cleanliness aspect right from making the product to selling it. He further says that his startup is an attempt to make the people of Maharashtra self-reliant.

When the indian economy is fighting for ways to control their falling revenues, this small town based start-up is eyeing big returns with a great approach. Shubham Agnihotri is a hospitality professional with a vast experience in milk sector, and know the way milk industry works. After a successful trial, he is currently launching five carts in Wardha and is optimistic about his plans to expand its reach to other parts of Maharashtra within six months. He is confident on the model he has zeroed on at,” he says. Shubham is also planning a unique display counter for catering needs.

Shubham explains that there was no such company in the whole of Maharashtra that made traditional kulfi in more than 15 flavors from pure milk. At the same time, he wanted to do something that would open new doors of employment in his state.

To make these products, processed milk will be used in the milk plant of Sarvedyam itself. For this, distributors will be appointed in every district who will sell these products across the state through rickshaw cycle carts fitted with freezers. All products will also be available for catering and weddings.

As soon as the launch of this brand, entire Maharashtra will be benefited in terms of employment and people can earn good profit by becoming its distributor with very less cost. There is a profit of 30% to 40% for the distributors.

Its trial has been done in Wardha district and by the end of this year, these products will be available for banquet and catering besides sale on handcarts. Sale counters will also be set up at major shops in the state.