His actual name is Ravinder Singh, but he is more famous by his stage name Rav Dhillon. 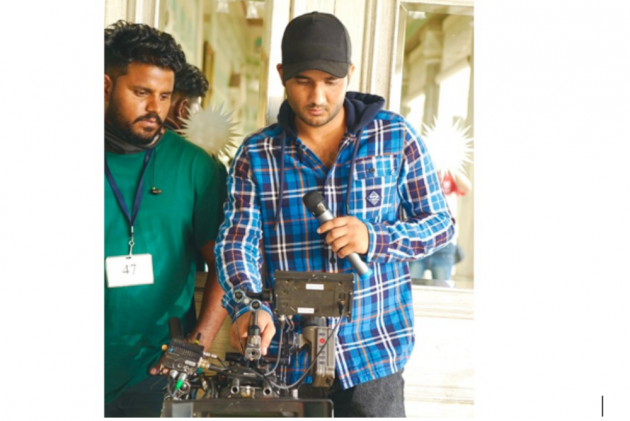 Every individual who is an eminent contributor in their field has one work most loved and admired by the people. Such a work by Rav Dhillon is “Phulkari”. It is a dearly adored film in the hearts of the Punjabi audience and people nationwide.

Rav Dhillon was born on January 30th,1996, in Rajasthan. He is currently stationed in Chandigarh. His actual name is Ravinder Singh, but he is more famous by his stage name Rav Dhillon.

Filming music videos is not as smooth as the outcome seems. One must research befitting content, and a lot of editing, conceptualization, work, and rework goes into this process. Rav Dhillon believes that music is a soothing artform. He is often admired for his keen work in the detailing of his videos and proper picturization.

These qualities make a music video much relatable to the audience. Rav Dhillon believes in teamwork, and thus he works together with junior content creators and editors while picturizing a music video.

Rav Dhillon is a storyteller. He believes video direction can, in turn, influence the audience positively. He loves to add intricate details in his video, making it more relatable and approachable to the public. Rav Dhillon is someone unique as he enjoys the process of Video Direction.

However, the path of video editing is very challenging. One must go through a lot of challenges. After making the entire video, the problem arises when the video either gets deleted or scrapped. Thus, if you are not prepared for the challenges, you must think before taking this career option. Rav Dhillon has worked with eminent personalities in the Punjab Industry like Afsana Khan, Karan Kundra, Karan Randhawa, Amulya, and many more.

In the 21st century, YouTube has been one of the most famous platforms where people watch music videos and films worldwide. It is one of the best places to get recognition. These videos of Rav Dhillon have reached more than 200 M views on YouTube.

He gets constant support from his fandom, and people much love all his videos. His songs are so loved that they cross thousands of views just after an hour of uploading on YouTube. He also praises his artists and says they are very versatile and talented and this, in turn, helps him a lot in video production.

"Surma" and "Hass Ke" are two of his very famous recently launched music videos that have received many public appraisals. The song Surma by Rav Dhillon, where Karan Randhawa appeared, has more than 13 lakh views on the YouTube forum. The song "Hass Ke" is flooded with beautiful comments in the YouTube forum and is one of the most loved songs linger in the audience's mind.

Rav Dhillon is one such multi-talented person who is so precise in his work. In a very short period, Rav Dhillon has made a special place in the audience's heart.