If you are a foodie, The Great Indian Foodie would surely help you out to hunt the food places according to your taste after watching all kinds of delicacies on one platform. 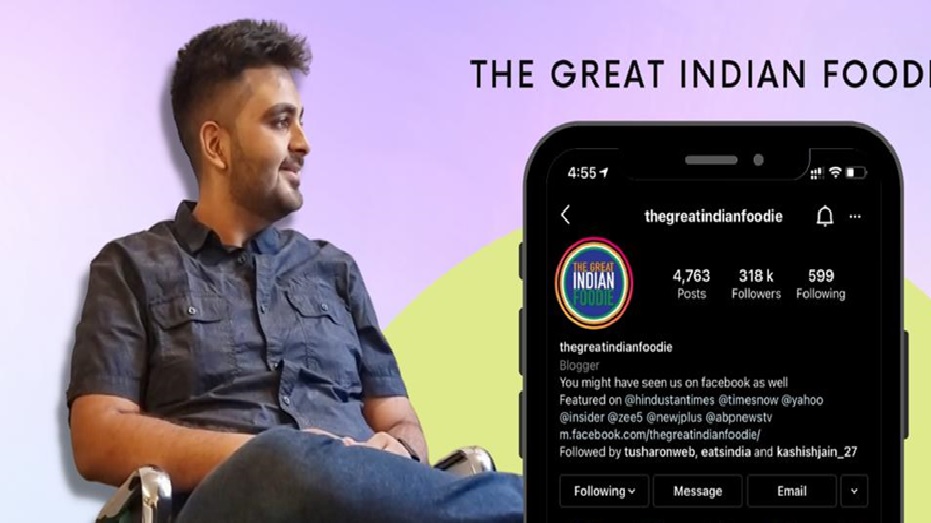 After globalization, we have come across the establishment of different kinds of cuisines like Japanese, Chinese, Punjabi, Rajasthani, and many more, which have attracted all the generations, be it a child or an old age people. This has also led to the emergence of food bloggers who are always ready to give hunger pangs and the right to choose which place matches best to visit. Indian cuisine has been known globally for its heavenly taste. The Great Indian Foodie is a famous blog among the foodies of the world who explores Indian cuisine from various destinations, which makes them unique.

The Great Indian Foodie started its journey back in 2016. Since the last five years, they have been able to gain 318k followers on their Instagram account. They mainly aim at promoting food from various restaurants in India.

For success, one needs to overcome obstacles. Creativity and Innovation are the two tools to grab success. Sukrit Jain proved that passion could end up being a successful profession. The profession chosen by him was not easy, but his determination put all the obstacles in vain.

He combined his marketing skills with his love and passion for food. He aims to add value to the food through a medium of appropriate audio-video clips, stories on social media platforms keeping in mind the demand of the population. From Chinese to Awadhi, deserts and whatnot are available at The Great Indian Foodie. If you are a foodie, @thegreatindianfoodie would surely help you out to hunt the food places according to your taste after watching all kinds of delicacies on one platform.

Here goes the story behind @thegreatindianfoodie

It all started back in 2016, where the major aim was to aware people of the hidden delicacies place in the world. Sukrit Jain was in the second year of his college where usually students want to enjoy their life and chill around in college times. He was not among them. On Jan18,2016, the idea to work as a food blogger clicked in his mind; that was a day where he started as zero and ended up being one of the most popular among the youths. Trying new food was his passion, where he decided to allow his passion to end up being his career, and later his brother Kashish Jain joined him. That’s how he started his career by putting on hot and tasty delicacies and gathering the love of people, which gave him more confidence.

It was not where his success ended. He was invited as a guest speaker in his own college Amity University and also went on and on and got an opportunity as a guest speaker at influencer con 2019 with some known influencers like Kusha Kapila, Dolly Singh, and many more. He collaborated with various brands such as Pizza hut, Dominos, Taj Mahal Tea House, and so on. Food blogging ended upbringing major change in his life and also helped them to improvise his financial status. The earning led him to buy a new car. In 2020, they gained 318k followers on Instagram. What a breathtaking success, from 200k to 300k in Feb 2021.

Behind every successful man, there are many unsuccessful years ~ By –Bob Brown

Due to the second wave, Sukrit had to shift back to what he was initially, but this phase wasn’t able to demotivate him, which he proved by gaining 386K followers on the very know platform Facebook (at present).

His hard work to grab opportunities will surely bring more success to him.