The journey Of An IT Professional From India To Canada

Canada leads among the Top 10 most-accepting countries for a migrant. 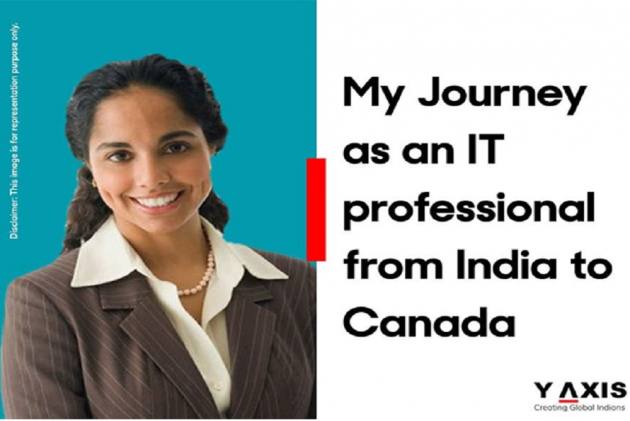 Canada is the most popular country for migrating overseas. With a streamlined immigration process and a generally welcoming stance towards immigrants, Canada also leads among the Top 10 most-accepting countries for a migrant.

Given the scenario, it is indeed understandable as to why many immigrants from the world over prefer settling down in Canada with their families.

Born and brought up in Punjab in India, Harpreet’s relocation to Punjab is nothing short of a story in itself.

Born in Punjab in an agricultural family, Harpreet was expected – by all family – to also become a farmer, like many generations before him.

Despite the pressure to take up the family line and pursue farming right from the beginning, Harpreet still decided to first acquire formal education.

Education always helps. Even if the line of education is not pursued in terms of the employment sought, later on, being educated does broaden one’s horizons. A feature that ups the potential of an educated individual succeeding in almost any situation.

After completing 12+ in Punjab, Harpreet was faced with the quintessential question. That of, what next?

Many students from Punjab tend to take up undergraduate studies in nearby Delhi after completing their 12+ from within Punjab.

Harpreet, however, decided to take a different path. A path that would take him much further from his peers but would sure be with it in the end.

Getting counselling happened merely by chance.

Harpreet had gone to attend a relative’s wedding in Gurgaon and had to stay there for some days. After spending nearly three days in the city, some of the cousins, including Harpreet, decided to go out and have a good time.

While roaming around with no specific purpose, they came across many immigration offices in that area. Just for the fun of it, they decided to get the counselling, wherever it was offered for free, that is.

Harpreet and friends took as many as five different free counselling from the best visa and immigration consultants in Gurgaon. That is, each one of them claimed to be the ‘best.

Anyway, of the five visa and immigration consultants that Harpreet went to – each time, 1 of them would be the principal applicant, and the rest would just sit around – 3 did not care explaining anything, as reported.

One of the reputed visa consultants in Gurgaon suggested that Harpreet better come back with his parents.

Anyway, the consultant whom Harpreet allegedly met at Y-Axis was the best of them all.

Most informed, most courteous.

The Y-Axis consultant listened to Harpreet with patience. Also, he did not talk over their heads. Moreover, the consultant of Y-Axis explained everything in detail without telling them to get their parents or only sign on the dotted line anyway to begin any process.

Probably the best part of Y-Axis counselling is that nowhere and at no time is there any compulsion for buying any product or service.

Satisfied and with all his queries answered, Harpreet went back after 20 minutes of counselling.

Y-Axis counselling is completely free. Harpreet and friends had not taken any paperwork along with them and simply walked in for the counselling at the Y-Axis Gurgaon office.

Following the counselling, Harpreet took some time for researching online and also getting in touch with distant family members already abroad.

After two months, Harpreet was back at Y-Axis. This time with the complete documentation. Meanwhile, Harpreet had appeared for the IELTS, which stands for the International English Language Testing System.

Scores from a standardized language test will be required when applying for a Canada study visa, migrate overseas to Canada, or even for work overseas in Canada. IELTS though not compulsory, is the most popular test that appeared for Canada visas.

Once Harpreet had IELTS test results, the next step was that of securing admission to a Canadian university.

To be able to study overseas in Canada, an international student must be accepted in a university or college that is designated by the federal government of Canada for accepting foreign students.

There is a complete list of the Designated Learning Institutions, also called DLIs, that should be studied before selecting the best universities in Canada to apply to.

The importance of selecting the right course and university for study overseas can hardly be overemphasized.

Always be very clear regarding your future plan of action, choosing study courses accordingly. The selection of the study courses at the undergraduate level must be after taking into consideration whether or not to intend permanent residence in the country.

Course recommendation by Y-Axis helped Harpreet in selecting the most ideally-suited study courses.

Harpreet also got Y-Axis assistance for securing a student loan for study overseas in Canada.

After some time, Harpreet went to Canada for higher education.

Harpreet had opted for a Bachelor of Engineering in Computer Systems Engineering at Carleton University. It is a 4-year course. The IELTS requirement was that of IELTS 6.5 as an entry score.

PGWP after study in Canada

After completing graduation at Carleton University, Harpreet decided to remain in Ontario and also work overseas in Canada.

Harpreet had to take a Post Graduation Work Permit for this.

Do keep in mind that a PGWP is to be applied for within 180 days after receiving your final marks.

My PGWP allowed Harpreet to get valuable work experience in Canada. Experience that would make him eligible for different federal as well as provincial immigration programs of Canada.

Work experience in Canada made Harpreet eligible for the Canadian Experience Class (CEC). The CEC is one of the three immigration programs of Express Entry of the federal government of Canada.

Certain immigration pathways under Canada’s Provincial Nominee Program – also referred to as Canadian PNP – also open up for international students that have completed their graduation in Canada.

This is the time when travel restrictions were imposed by Canada in view of the COVID-19 situation.

Harpreet did not need to get an Educational Credential Assessment [ECA] Report. An ECA Report for immigration purposes would be needed by an IRCC Express Entry candidate unless they had completed their education in Canada.

An ECA Report will be required for foreign education.

Even with the COVID-19 pandemic, Canada kept on issuing invitations to apply to Express Entry candidates.

Since the imposition of COVID-19 related travel restrictions, Canada has been focusing more on candidates that were more likely to already be within Canada as against those applying from overseas.

Now, Harpreet has been working for some time in Ottawa as an IT professional.

Life is good here. 92% of immigrants to Canada have found the community to be welcoming.

Coming to the country as an international student, Harpreet eventually transitioned onto working in Canada as a permanent resident.