‘The Jurni’- A Preferred Choice Of Millennials

We connected with Priyam Sharma, CEO and Founder of The Jurni, to discuss the evolution of the newsletter and how it is creating morning magic with engaging content. 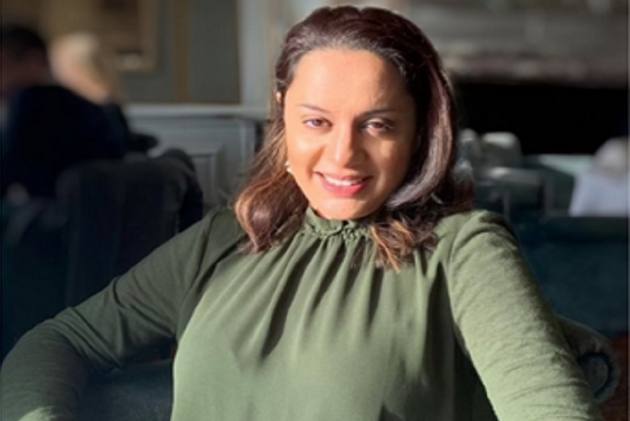 Discovering the pulse of the world, with the click of a button on your smartphone- can you imagine this power in your life? But this is exactly what The Jurni does to your life. It empowers young millennials to discover travel stories, art, culture and the likes through a newsletter, available on a subscription model. The pandemic brought back the need to connect to the written medium, so Priyam Sharma brought forth The Jurni in 2019. Its popularity has made ‘The Jurni’ a daily feature and the largest selling newsletter in India.

We connected with Priyam Sharma, CEO and Founder of The Jurni, to discuss the evolution of the newsletter and how it is creating morning magic with engaging content.

How does The Jurni stand out in the market as compared to other similar newsletters?

Professionals today are hit by social media fatigue. They’re passionately curious but largely receive the same kind of content, curated by algorithms, repeatedly. Now, they’re seeking a platform that can cut through the noise and bring them fascinating yet relevant content.

Regardless of several emerging news platforms in the country, no established player has been interpreting the contemporary zeitgeist for the Indian millennial in the world’s largest millennial market. And thus, The Jurni was started off Abbey Road, London.

The Jurni is the global Indian millennial’s window to the world. A short-format newsletter on culture, work-life, and travel, it injects a zest for discovery, allowing its readers to think differently every morning.

The Jurni has been widely accepted in India within a short span. Share your success story in detail?

That is true. In less than a year, The Jurni has grown to be India’s largest newsletter on travel and culture, and our pace has only picked up.

The founding team led by me and Co-founder Mohika Sharma, who is experienced in media, are the force behind The Jurni. Our editorial team scans 200+ websites from across the world every day, carefully selecting relevant stories for the inquisitive, culturally-inclined young professional – whether it’s a glimpse into Chinatown in San Francisco, a taste of coffee trends brewing in Australia, or hybrid work models springing up in Hong Kong.

Through an innovative media format, thought-provoking curation, and an ardent reader base garnered entirely through word of mouth. We bring the world closer to the Indian millennial, one Jurni at a time.

Are you planning to launch an app in the future?

We’ve been asked by our fanbase if we would be, and the honest answer is we are seeing how things go and closely observing what our audience likes. If we feel that there is a market for The Jurni app, you can safely assume it’s because our readers want it.

We listen to our readers.

Throw more light on The Jurni’s environmental pledge. How do you plan to offset 100 metric tons of carbon?

I cannot think of a more urgent issue facing our planet right now than climate change. As the human race, we can affect change, but we must all take action collectively and swiftly.

The pandemic has changed us all in ways we only realise now. Being acutely aware of the impact air travel has on our environment, we want to inspire a generation of Indians to become more conscious travellers.

I felt a genuine responsibility to do more to combat climate change, especially since The Jurni is a natural advocate of travel. So, instead of producing ‘freebies’ for our captive audience every time they introduced a friend to our platform (which would only lead to further pollution), we’ve designed a unique referral programme that helps offset carbon emissions.

Thank you to our readers for referring their friends to The Jurni. We fund the planting of trees in India. We’re committed to offsetting 100 metric tons of carbon in 2021 with our charity partner. This idea came to mind in February, and we could implement it within a few weeks. We needed all hands on deck, but we made it happen – our carbon offset program, our signature initiative, went live on Earth Day, April 22, 2021.

What are some of the initiatives in the pipeline to achieve the environmental pledge target soon?

We are working on a few things, including some major restaurant and café chains in India that value us. Furthermore, our dream of being read at India’s coolest, trendiest, and smartest places, where discussion and chatter are rife, is becoming a reality.

Due to their reach, we’ll be nationwide in these chains by year-end. We can’t think of a better

Christmas present than others not only enjoying The Jurni but going on to participate in our carbon offset program, helping our one precious planet along the way.

What are The Jurni’s expansion plans? Apart from India, is there any other global market you intend to tap in the next one year?

Though we’ve grown rapidly, we’re nowhere near saturation in India – India is large enough, but yes, we’ve naturally received interest from abroad, specifically Southeast Asia and the US. Frequently our readers tell us how these markets need The Jurni.

We’re currently committed to India and seeing what happens over the next few months and what other markets seem viable from where we are operating. In the long term, we will consider expanding intelligently into these markets.

Kamal Cheema - A Name Which Is Gaining Recognition For Her Acting, Modelling And Writing Skills

Astrology And Spirituality A Milestone To Success Shivam Angurala