Why The '83 World Cup Winners Haven't Seen The Film Yet?

The film stars Ranveer Singh in the lead role as Kapil Dev. It also features Anupam Kher and Kiara Advani in pivotal roles. 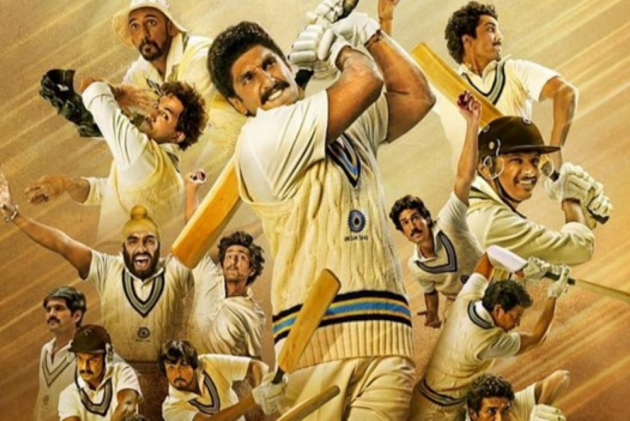 83, which is based on the Indian cricket team’s 1983 World Cup win, was supposed to release this year. But it got pushed due to some issues between the producers and the CBFC. The film stars Ranveer Singh in the lead role as Kapil Dev. It also features Anupam Kher and Kiara Advani in pivotal roles.

Kabir says that he can’t wait for audiences to see it on the big screen. However, there’s only a week left till the film releases. So when will they finally get to watch it?

Getindianews.com reported that there was a private screening held in Mumbai by Mukesh Bhatt where everyone who was involved in the film watched it together. “We have been waiting for this moment ever since we started making this film three years back. I think everyone who saw the film at the screening felt like this was a moment of redemption for all of us,” he added.

Kabir also spoke about how they all cried while watching the film and admitted, “It was overwhelming to hear so many good things about your work after spending so much time working on something that you really love.”

The members of the original team have not watched the film yet and have refused to see any screening. That shows how secure they are of their stardom,” added Kabir. He said he is flattered by the trust they put in him. They let him interpret their story and never intruded in his filmmaking space.

Though the filmmaker was initially hesitant about casting fresh faces for the lead roles, he changed his mind after seeing some of them at the cricket-cum-casting workshop that was held in the West Indies. “Honestly, they had to first pass the test on the pitch and then the acting audition,” revealed Kabir during a press conference in Mumbai on Friday.

Writing a script with six main characters was also a challenge; they had to ensure that their portrayal in terms of personality and body language matched what they were known for. “For example, Roshan [Kapoor] is a very tall man, while Sunil Gavaskar is not very tall. So it took time to get them in shape. Actors are not machines; they can’t be pushed into something,” added Kabir.

The director said that he is flattered by the trust that members of the original team have put in him.

“They let me interpret their story and never intruded in my filmmaking space. I had great freedom to tell their story as I wanted to,” said Kabir.
I feel bad for the 1983 World Cup winning team.

The best moment of their lives was when India lifted the World Cup in 1983, and we haven't seen this win yet on the big screen.

The film will relive the unforgettable moment when Kapil Dev is handed over the World Cup trophy by Imran Khan. Kabir revealed that the scene in the film has the original trophy, which was brought down to the set from the museum.

" 83 has everything that a sports film would have — romance, passion, rivalry, but what makes it different is that it is based upon real events," said Kabir.

Tiger Shroff plays Sunil Gavaskar's role in 83. While he hasn’t met Gavaskar yet, Kabir has heard nice things about him. "He is a legend and I am sure Tiger will do justice to his role." Tiger's character will be shown as a young boy who grows up playing cricket with his father.
During the shoot, the director was able to meet with the key players of that World Cup team, who were all part of the 1983 triumph. The film is expected to bring out their untold stories in detail.

Kabir says the whole experience was quite an emotional one for him and he still remembers the day when they shot a scene where Kapil Dev hands over his baggy green cap to his teammates. “It was needless to say that this was one of the most emotional scenes as I was on set, wearing Kapil’s baggy green while handing over his cap to a bunch of current cricketers. It’s an iconic moment in Indian cricket history and I am privileged to have been part of it,” he told us.