Yash Brahmbhatt Marks His Birthday Through An Inspiring Career Journey 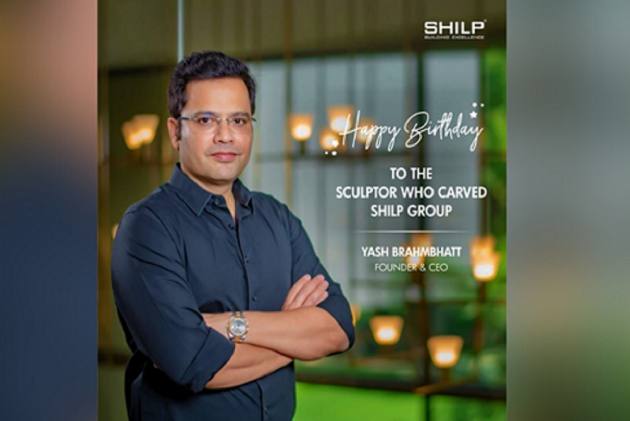 With the core belief of becoming his own master, Yash Brahmabhatt started his career with the aim of building his empire. From the beginning of his career, he identified and intelligently implemented strategies through his thoughtful vision. His career started right after he finished High School in 1995 when he decided to shadow his elder brother and gain experience for the future. Yash started as a wholesale distributor of sanitary ware and building materials. Later in the year 2004, he bought a piece of land at an AUDA auction.

This is exactly where his real estate journey began. He constructed Shilp Arcade at the Jodhpur crossroads. Soon after, he brought another building at Gurukul Road in 2005. His Shaligram Residency scheme at Vastrapur in the same year was marked as a huge success in his career. In between 2006 to 2008, he successfully built projects like the Shashwat Residential scheme at Memnagar, Shilp Square, Shilp Annexe A on New CG Road and Shilp Square B. In the year 2008, he also built Shilp 3 on SBR. In 2009, he extended his empire and added the healthcare sector to his kitty when he built HCG hospital at Science City Road. The same year he also completed project Silver Nest at Kota and Shilp Saral at Bhopal.

With the constant support of his wife, he took leaps and was able to also build projects like Parkview Green Residential Scheme at science City in the year 2010. His next-gen projects include Shilp Sapphire and Green City, City square, in 2011. With the emergence of the year 2012, he finished four projects, including Green View Garden View, Shilp Elanza, and City Center. He also built Blossom Luxuria and Shilp Aaron in 2013, Asian Square, Shilp Arista, Shilp Aperia, and  Shivalik Shilp in 2015 and Shivalik Shilp 2 in 2016. Ahmedabad witnessed beautiful structures one after the other, and his dreams started turning into reality. Yash Brahmbhatt is a true innovator in the field of real estate with remarkable dreams brought to reality.