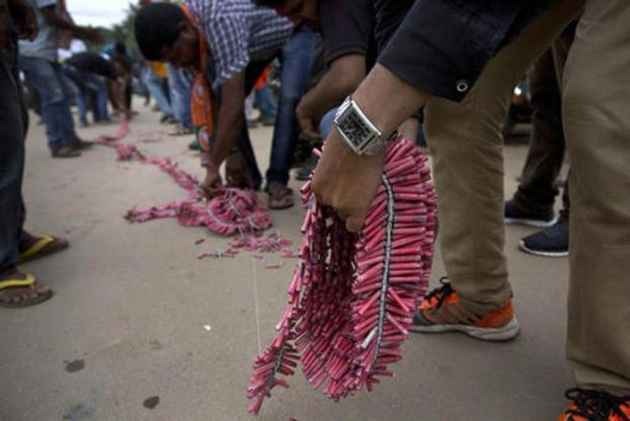 Delhi Police have seized over 1,200 kg of firecrackers and arrested 29 people from 13 districts in a drive being carried out after the Supreme Court order temporarily banning sale of firecrackers.

After the Supreme Court order, Delhi Police commissioner Amulya Patnaik had directed the deputy commissioners of police of the 13 police districts to ensure that crackers are not sold in the city.

Special teams have been deployed in districts to monitor the situation.

According to the data, eight cases have been registered in the north district against the people found selling firecrackers, the maximum among all the districts.

Police have seized 368 kilogram of firecrackers from the southwest district, the maximum among all districts with Rohini a close second at 344.5 kg.

Two Delhi Police personnel posted at the Mangolpuri police station in outer district were suspended for allegedly failing to curb the sale of firecrackers in their beat areas.