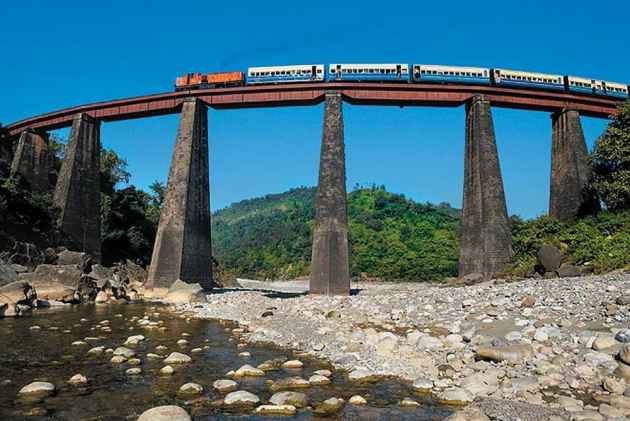 Over 37,000 railway bridges in India are 100 years old with almost 32 per cent of them being in the Northern Zone, the government informed Parliament today.

In a written reply in the Lok Sabha, Minister of State for Railways Rajen Gohain said there are 37,162 railway bridges in the network which are a century old.

"The age of a bridge does not have any direct relevance on the physical condition of the bridge. There is a well established system of inspection of bridges of the Indian Railways.

"All these bridges are inspected twice a year, one before the onset of monsoon and one detailed inspection after monsoon. In addition, certain bridges are also inspected more frequently depending on their condition," the minister said.

Repair, strengthening, rehabilitation and rebuilding of railway bridges is undertaken whenever so warranted by their physical condition and if these measures take long, then safety measures like speed restrictions are imposed, the minister said.