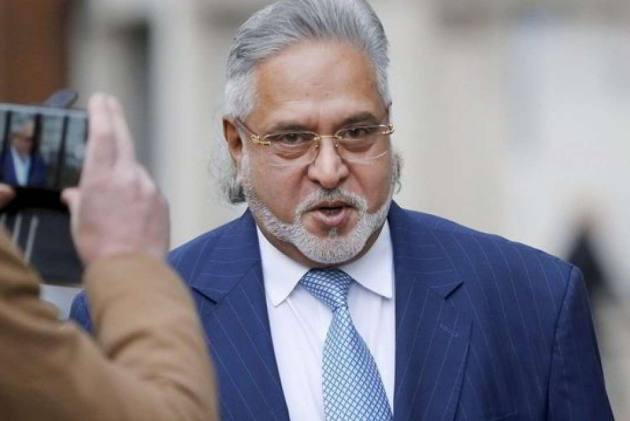 She said this while replying to a discussion on the second batch of Supplementary Demands for Grants which was approved by the Lok Sabha amid uproar by the Opposition over various issues.

The Supplementary Demands for Grants authorised the government to spend an additional Rs 3.73 lakh crore during the current fiscal.

The extra spending includes infusion of over Rs 62,000 crore into the company that holds residual assets and liabilities of Air India, Rs 58,430 crore by way of additional fertiliser subsidy, Rs 53,123 crore towards payment of pending export incentives and Rs 22,039 crore to the rural development ministry for transfer to the National Rural Employment Guarantee Fund.

Speaking on the banks' recovery from wilful defaulters, she said that a total of Rs 13,109.17 crore has been recovered from the asset sales of Vijay Mallya, Nirav Modi and Mehul Choksi as of July 2021 as per the information provided by the Enforcement Directorate.

The latest recovery was Rs 792 crore from the sale of assets belonging to Vijay Mallya and others on July 16, 2021, she added.

Responding to various issues, including price rise, raised by the Opposition during the debate, she said the government is taking measures to cool down prices of edible oil and other essential commodities.

"We are taking measures through the EGOM (Empowered Group of Ministers) for taking care of essential goods. We will attend to the problem of edible oil price and also some of the essential edible items," she said.

"Public sector banks together have effected a recovery of about âÂÂ¹ 5.49 lakh crore over the last seven financial years. So, these people who are defaulters, who have fled the country, we have got their money back and put it to the public sector banks and therefore the banks are safer today," she said.

She further said that the depositors' money is safer in public sector banks.

On the states' financial position, the Finance Minister said that the Centre in the first eight months of the fiscal has already transferred 86.4 per cent of what was provided in the full year 2019-20.

From the National Disaster Response Fund (NDRF), "funds are being provided and providing an extra Rs 15,000 crore for emergency COVID-19 response. The financial position of the states is also reflected in the fact that the overall cash balance of states as of November 30, 2021, was Rs 3.08 lakh crore approximately, fairly comfortable positions", she said.

She further said that the states are having a substantial cash balance with them and there are only a few exceptions.

Out of 28 states, she said, only two states are having negative cash balances.

Of which, she said, Rs 2.99 lakh crore is the additional cash outgo because of big-ticket expenditure going for Air India and rise in fertilizer subsidy due to firming up of global prices.

"We have to ensure that the farmers don't suffer because of it (rise in global prices). And therefore, an increase in the subsidy for fertiliser has been provided, which itself is accounting for Rs 58,431 crore," she said.

Ms Sitharaman also said that the government has so far paid around Rs 93,685 crore since 2014 for oil bonds.

The government will have to pay till 2026 when oil bonds mature, she said.

Quoting former Prime Minister Manmohan Singh, she said, "I would like the nation to remember that issuing bonds and loading deficits on oil companies is not a permanent solution to this problem. We are only passing our burden to our children who will have to repay this debt." As per the Supplementary Demands for Grants, there would be net cash outgo of over Rs 2.99 lakh crore, and Rs 74,517 crore extra expenditure would be matched by savings by different ministries.

As per the document, Rs 62,057 crore would be given to the Civil Aviation Ministry for equity infusion in Air India Assets Holding Company (AIAHL) for repayment of past government guaranteed borrowing and past dues/liabilities of Air India.

As per the supplementary demands for grants, an additional Rs 2,628 crore would be given towards loans and advances to Air India for recoupment of advance from the Contingency Fund of India.

Besides, the Department of Food and Public Distribution would be given an additional Rs 49,805 crore for meeting expenditure towards various schemes of food storage and warehousing.

About Rs 2,400 crore would be given to the Department of Commerce for meeting expenditure towards subsidies under the 'Interest Equalisation Scheme', and Investment under the Export Credit Guarantee Corporation (ECGC) scheme, among others.

Another over Rs 5,000 crore and over Rs 4,000 crore has been earmarked for additional spending by the ministries of Defence and Home, respectively.

The 2021-22 Budget had projected the government's total expenditure at Rs 34.83 lakh crore. But this is expected to overshoot considering the two batches of supplementary demands for grants presented by the government so far.

The government had in August received Parliament nod for net additional spending of âÂÂ¹ 23,675 crore in the first batch of supplementary demands for grants.